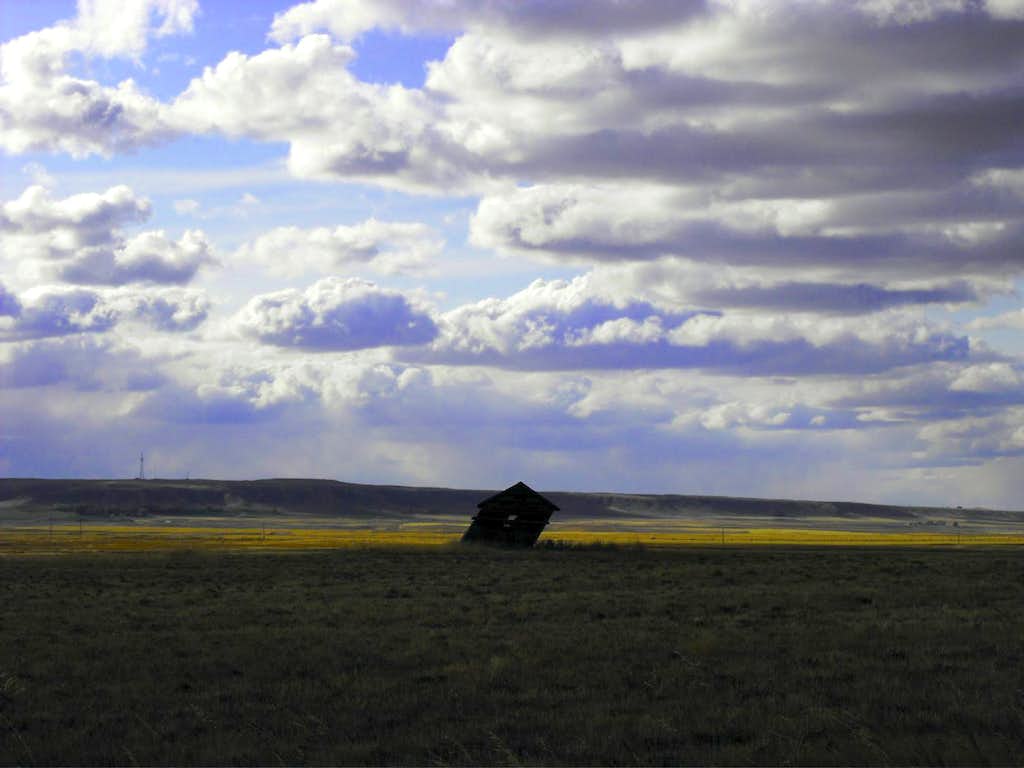 The fierce winds blowing off the Rockies seem to be a constant companion. An excerpt from the National Weather Service Unveils Montana's Top Ten Weather/Water/Climate Events of the 20th Century #4 January 30 through February 4, 1989. A bitterly cold Arctic air mass invaded the northern Rockies bringing record cold temperatures and extreme wind chills to Montana. Ahead of the front, on January 30th, downslope winds gusted to 100 mph at Shelby, 102 mph at Cut Bank, 114 mph in Augusta, 117 mph at Browning and 124 mph at Choteau. Twelve empty railroad cars were blown over in Shelby. Elsewhere, roofs were blown off homes, mobile homes were rolled over or torn apart and numerous trees and power lines were blown down. With the passing of the Arctic front on the 31st, temperatures dropped dramatically. In Helena, the temperature remained colder than -20F for 84 hours (three and a half days) including a record low, -33F, on the fourth. Wind chill values during this period dropped to -75F. The cold caused the brakes to fail on a freight train. The train then rolled, uncontrolled, into Helena and exploded causing extensive damage to Carroll College. In Billings, record lows were established for 5 consecutive days. Bozeman set record lows for four consecutive days. In Missoula, record lows of -22F and -23F were established on the 2nd and the 3rd, respectively. Wisdom, Montana, saw the mercury drop to -52F on February 3rd. As the cold front moved through Great Falls on January 31st, the temperature dropped from 54F to -23F (a 67F change) and did not rise to above -20F until February 4th. This included two record low temperatures (-35F and -33F) on the 3rd and 4th. Between January 30th and February 5th, four people lost their lives with damage estimates well into the tens of millions of dollars. http://www.wrh.noaa.gov/tfx/tx.php?wfo=tfx&type=html&loc=text&fx=topweather
« PREV NEXT »