On February 21th, Rob, Grant and I set out to climb the Santanoni in the Adirondacks. We spent the night at cloudsplitters pilot bunkhouse which is beautiful, clean and not expensive if you have a small group of people (3-7).  The next morning, we drove to the Upper works trail head and started walking at 6h30. The trail was hard packed snow but as soon as we left the trail a foot either to the left or the right, we would post hole to our hip. We turned right off the road to following the blue trail marker and about half an hour later, made a left onto Santanoni express (this is not a marked trail but was somewhat easy to ). The express was filled with down fall which meant lots of crawling and jumping but again the trail was well packed, so minimal post-holing. 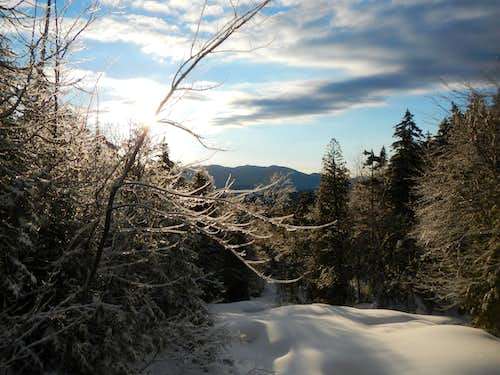 sunrise on our way to Santanoni express

We reached the summit of Santanoni a little more then an hour later then our turn off onto the express. The summit offered great which were slightly covered by the clouds that had just rolled in. There was about 6 feet of snow on the summit so I don't know how much of a view you would get during the summer months. 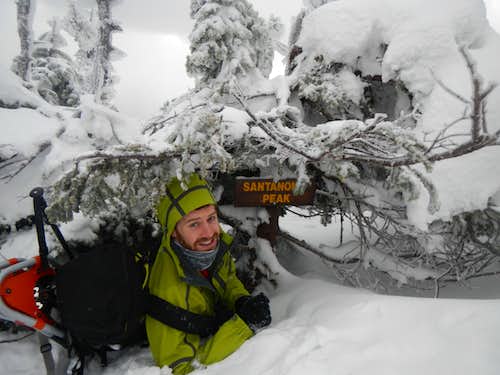 What to say about our next destination, Couchi. Not much to say really. This small, out of the way, "hill" take about an hour and a half to reach from the summit of Santanoni and you at least 600 feet from time square before making you're way back up this little mountain which you are overlooking for at least half of the trip to get there. The way to Couchi does a great view towards the Sewards and sawtooth mountains. The most depressing part about this peak is the fact that all this time, you know you have to make your way back up to time square which is actually higher (if not pretty damn close) than Couchi. I've heard that the trail is very swampy during the non-winter months so I recommend climbing it in winter. In Summary, don't do Couchi if you don't plan on doing the 46ers... there are lots of other hikes out there that are much more worth it than this peak. 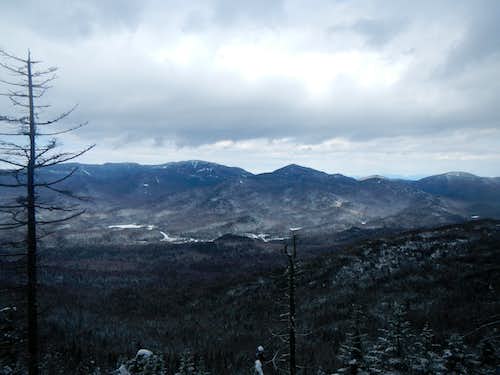 Like I said before, the way back up to time square is mostly uphill and it takes just as long to come back from Couchi as it took to get there. Once back at time square we dropped our packs and made the 10 minute climb up to panther. The peak was cloudy and windy so we had no time for but I can imagine this would give you the best views of the hike and much more worthy of the trip then our previous mountain which I will not mention again. Back down to time square we went to grab our packs, stop for a quick snack and get on our way to the trail head. After about 45 minutes of downhill, we stopped for a snack at Bradley pond where I took the time to snap a few photos. 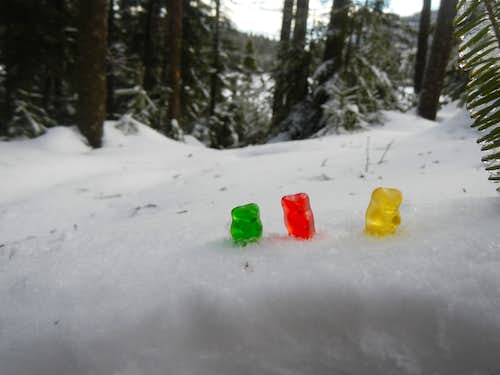 Rob, Grant and I @ Bradley pond

Once at Bradley pond, the rest of the hike is mostly on flat terrain. We reached the blue marked trail and from there, one can almost shut off his brain to get back to . We reached our much faster method of transport at about 4h30. A roughly 10 hour hike with great views, great conditions and even greater company.