This is just a simple log to keep track of our 2020 trips.

I was in the Thorton area for class and wanted to get an after work hike.  the Table Mountains were the closest peaks to Thorton, but since I had already climbed North Table Mountain, I climbed the south.   I started well after sunset and went up the Golden Summit Trail and down the Sleeping Elk Trail.   The views from the summit of Castle Rock (a subpeak of the mountain) were really nice.   My headlamp was getting quite dim, but I managed to get down the Sleeping Elk Trail in the dark.

On my way to Denver, I stopped at Loveland Pass and climbed Mount Sniktau.   Conditions were pretty good and it was mild for January.   It was overcast so I didn't stick around to watch the sunset. 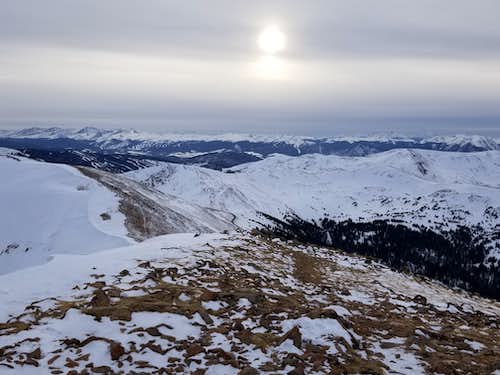 Kit and I met in Grand Junction to explore a technical canyon near the Ribbon Trail.  It was a very pretty canyon with some narrows, but no real slot. There was some snow and ice, but it wasn't more than a minor inconvenience. There was one rappel that humorously landed right into a tree. There were also a lot of neat frozen potholes in the canyon, but they were easy to avoid. The ones we did have to walk over were frozen solid so we didn't get wet. Since it is right next to the Ribbon Trail, Ribbon Canyon would be a good name. 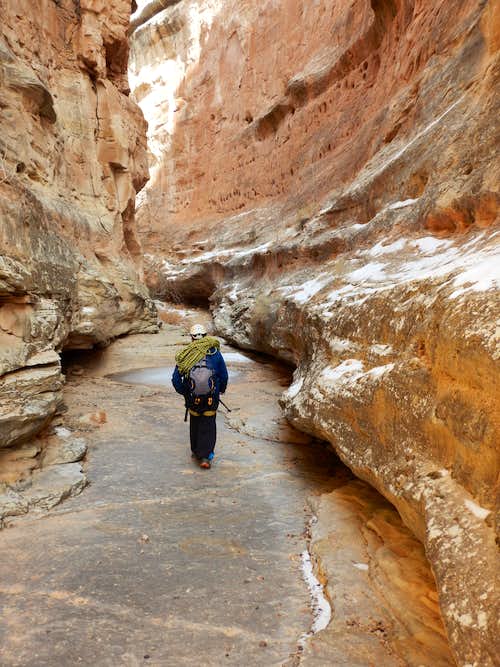 Shaylee, Kimberly, and I started as the southern trailhead for the Gunnison Bluffs/Old Spanish Trail.  After walking a mile or so, Kim and Shaylee had to turn back.   I completed the rest of the Gunnison Bluffs Trail alone.    I saw hundreds of birds; mostly ducks and geese. 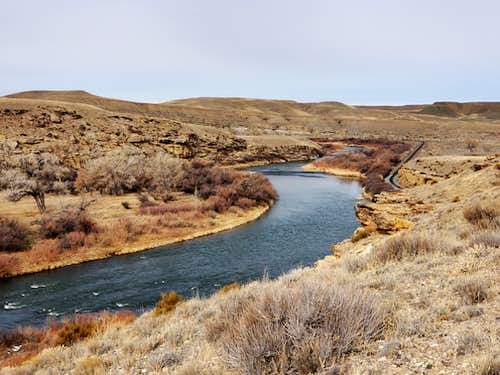 Alone, I climbed Riggs Hill and completed the longest loop hike on the hill.   The trail was mostly dry. 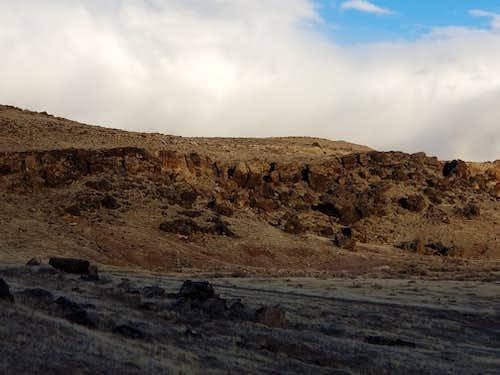 Kim and I hiked the Serpents Trail before work.   It was sunny so it didn't feet too cold.   The views were really nice under blue skies. 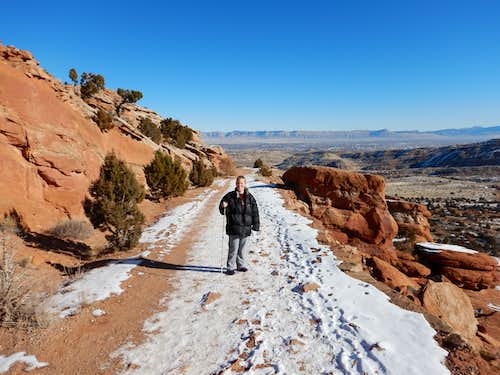 Kim and I hiked the loop on Dinosaur Hill.  It was nice and sunny and there wasnt too much mud. 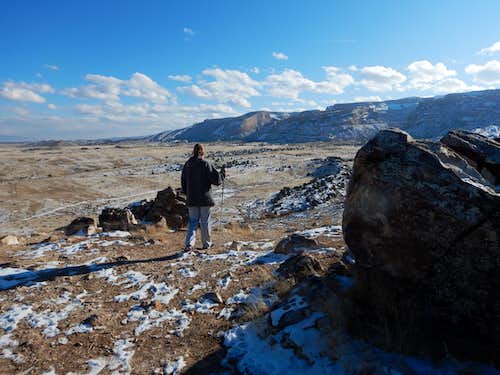 In the afternoon, I hiked No Thoroughare Canyon from the bottom.  I wanted to check out the falls so I could see if there was enough ice for climbing.  There wasn't, but it was a beautiful walk.

At first it was snowing lightly, but the weather became a little clearer later. 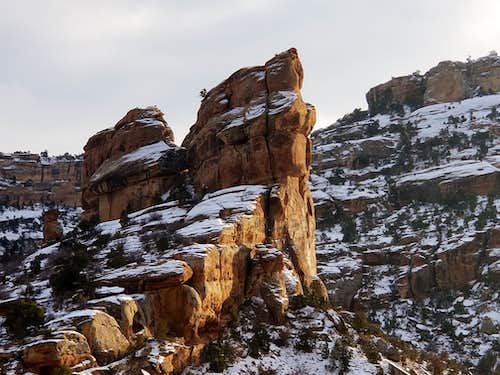 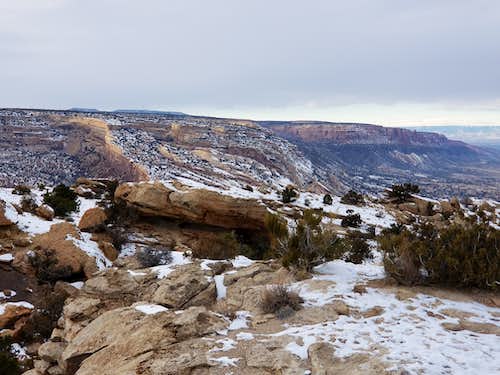 Shaylee and I climbed several routes in the Ourkia Gorge with TJ from Colorado.  The routes were between 5.6 and 5.9 and the rock was of good quality.  We did seven climbs.  I led five of the climbs; TJ lead the other two.  The last one was the most fun, but I was tired by then. 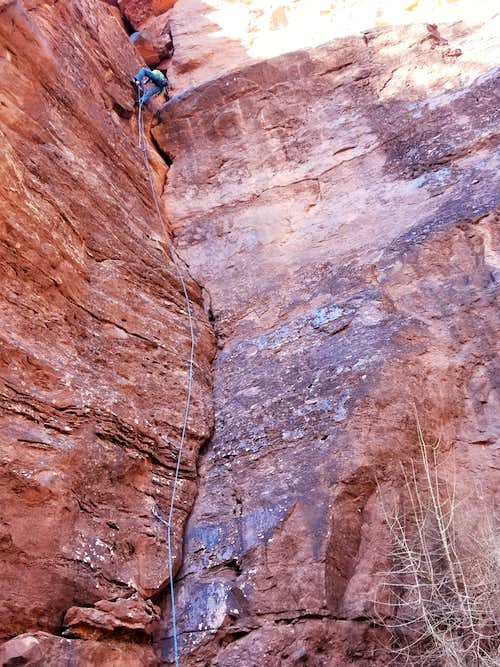 After seeing many tree climbing goats on the way to the trailhead, Shaylee and I hiked up to the old kasbah ruins on the summit of Agadir Oufella.  We explored around before heading back down. 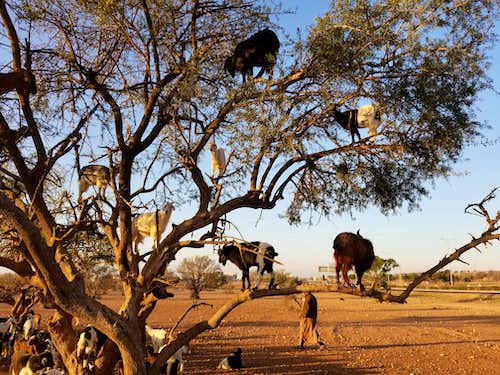 Shaylee and I hiked through the Paradise Valley near Agadir.  It was pretty, but a little disappointing since the stream and waterfalls have dried up.  There were some stagnant pools, but that was it. 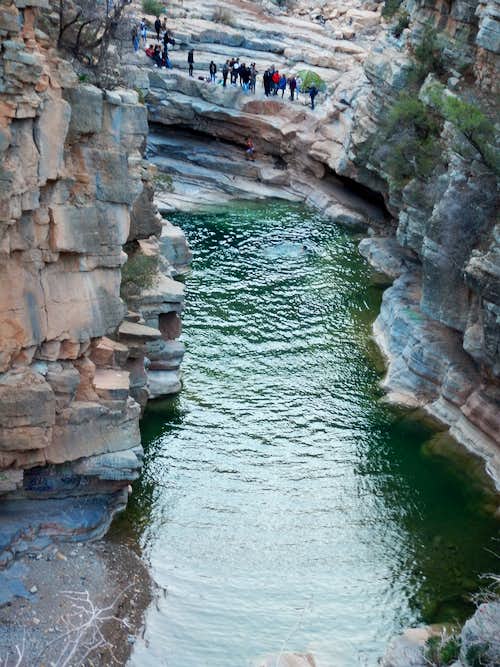 Shaylee and I hiked through the spectacular Todra Gorge on our way to the Sahara.  It was really beautiful, but a cold wind was blowing through the gorge.

In the evening we hiked to the top of one of the dunes in Erg Chebbi to watch the sunset. 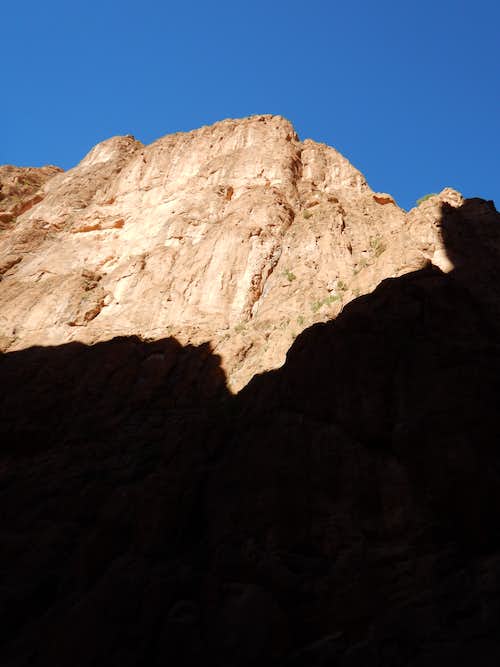 Days that I went hiking or climbing: 13

Days to spend hiking or climbing: 250