7 Summits in the Holy Cross Wilderness

Mount of the Holy Cross

I left the Halfmoon TH and headed up the North Ridge of Mount of the Holy Cross. I encountered some mosquitos on the ridge just below treeline. A more favorable encounter was a ptarmigan on the ridge just above treeline. I reached the summit in 3 hours and 20 minutes from the TH.

I descended Mount of the Holy Cross and climbed Holy Cross Ridge. I was surprised to see two other people on the summit.

I descended Holy Cross Ridge down Halo Ridge to 13373. I was now beginning to get a good view of Mount of the Holy Cross, but could not yet see the Cross Couloir.

Descending 13373 was slightly nerve wracking because it is so steep and loose. In addition, the boulders are huge, so rock fall could result in serious consequences. This section was very short, though. I passed a couple of young men who attempted Holy Cross Ridge and Mount of the Holy Cross with overnight gear. They only made it to 13373. I continued up to 13248 and could now see the Cross Couloir. It took me 5 hours and 38 minutes to get to the summit from the TH. I was surprised to see a summit register on top. However, it is a ranked thirteener coming in at #441 in the state of Colorado. 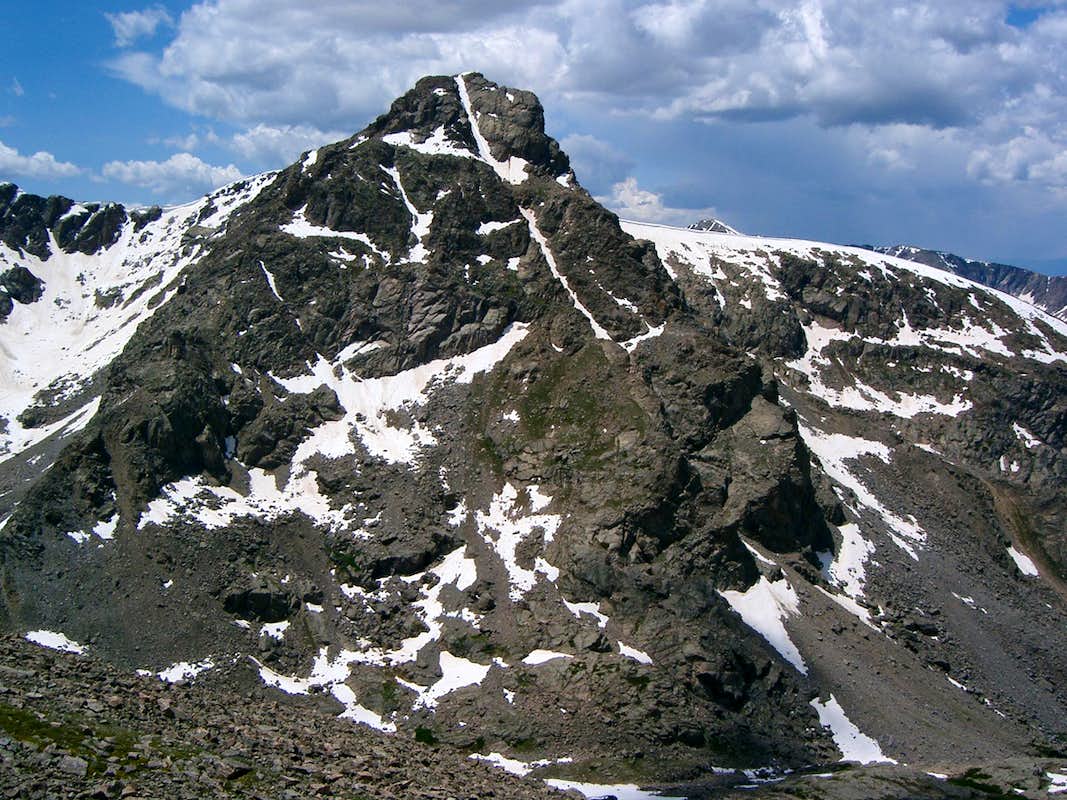 I descended 13248, passed the shelter and climbed 13224. This is the southern, lower summit of Notch Mountain.

Descending 13224 involved some route finding. At first, I tried to descend the north side, but I knew the route was only rated class 2+, so I knew this wasn't right. From that point, however, I could see that the west side looked like the way to go, so I reascended 13244 and kept looking for a route on the west side of Notch Mountain. I eventually found it and was no harder than class 2+. I continued up to Notch Mountain.

From just below the summit of Notch Mountain, I picked up a trail and followed it to 12743 and descended towards Halfmoon Pass. I abandoned the trail due to snow avoidance and met up with Halfmoon Trail below Halfmoon Pass. 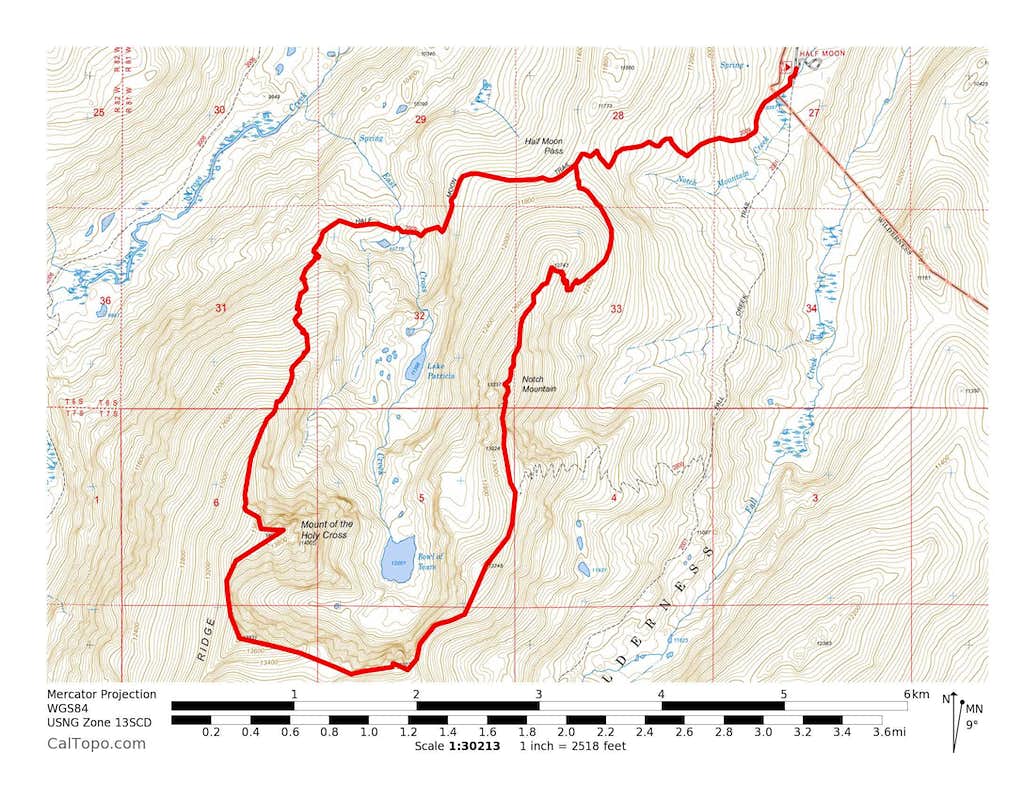 Eric Holle and I climbed the Cross Couloir around 8am that day, I'm sure you were long gone by the time we reached the summit but did you see a guy carrying one ski heading down the North Ridge route of Holy Cross on your way up? We found all kinds of gear that must have been strapped to his pack on the way up the couloir (the other ski, poles, shovel). He signed the register then split it seems like... Just wondering how far behind him we were, and wondering why he didn't retrieve the gear or at least wait for someone to carry it up. Must have been shaken by the fall. Tim ps I added some markings to your pic to describe where we found the stuff.

Yes I did.
I thought the whole scenario was strange, but decided not to get involved, since I had a long ridge run and I got off to a late start.