A pond in the Titcomb Basin. 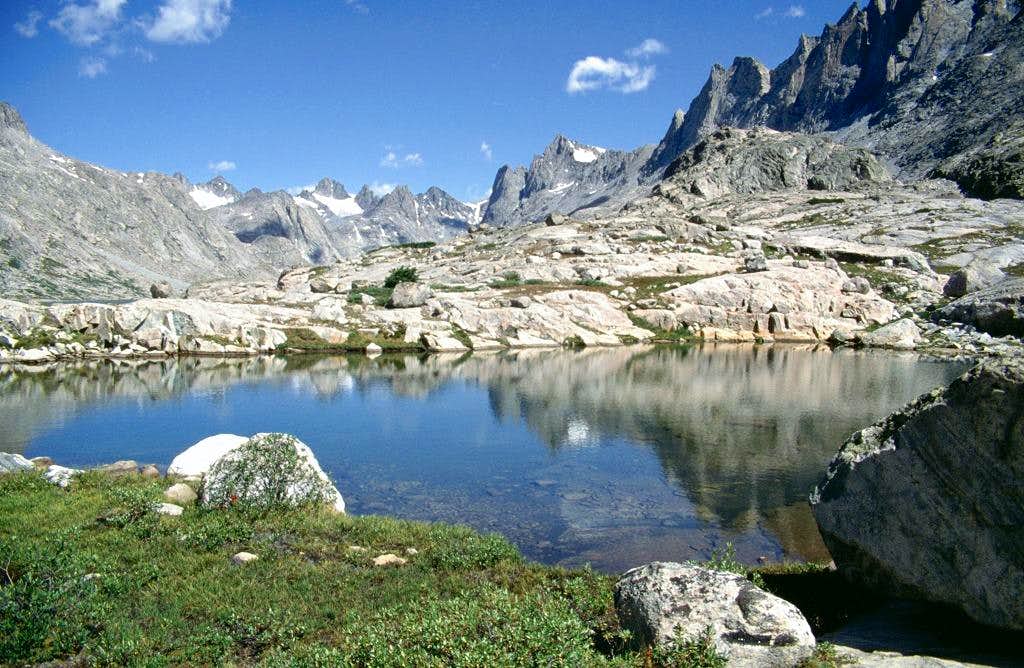 A pond in the Titcomb Basin.
« PREV NEXT »

what's the deal with the rating??

This is a great shot. Not sure why the low rating??

You know, Radek, this and the other Gannett shot were posted right after this site got going. Maybe back then it was unknown to the low number of members what constituted a three or a four-star image. Maybe back then a four-star image was only one that included the summit in question, or a naked mountain nymph, or a damsel in the dandelions, or possibly something out of the ordinary that you wouldn't see every day.

I agree... Just added my 4 star vote to mitigate the problem :)

I think a lot of the votes for my Gannett shots happened at the time when I was leading in what's now called "points" (was called "power" back then). Josh told me once that a European member, who shall remain nameless here, was voting my pix down, probably to keep them off the first page(s) of the Photos link. I've never retaliated, although it has been very tempting to do so at times. I'm not sure what it is that possesses people to knock others down, but it seems to be a rather common human failing, and I guess we just have to live with it. I suppose one way to look at it is that people try to knock down those who they perceive to be their toughest competition, so I've tried to accept it as a backhanded if rather sick compliment. But who really knows what others' motives are for anything they do? Regardless, thanks guys for your kind comments.