If a poll is given to the general public asking what the highest peak in Wyoming is, chances are that if any guess is taken the most common answer would be the widely famous and picturesque Grand Teton. Although much more famous than the true Wyoming state highpoint, Grand Teton is actually shorter by a mere 34' elevation. In reality, the highest point in Wyoming is actually Gannett Peak (13804'), a massive and remote summit located in the Wind River Range nearly 70 miles southeast of Grand Teton. 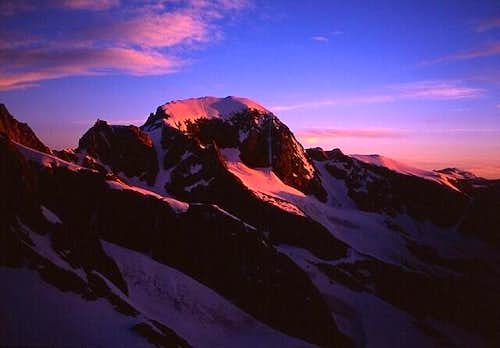 Gannett Peak is the fifth-highest state highpoint. In addition, with 290 miles of isolation from a higher peak, the mountain is also the most isolated peak in Wyoming and the ninth-most isolated peak in the contiguous USA. With 7076' of clean prominence, the mountain is the most prominent peak in Wyoming and the 15th-most prominent peak in the contiguous USA.

From a mountaineering perspective, Gannett Peak has an assortment of challenges associated with it. The mountain is the 3rd-highest "Triple Crown" county highpoint, which is a peak that has a minimum of 5000' of clean prominence, requires a minimum of 5000' elevation gain from a passenger vehicle road, and is on the "Apex" list of most difficult county highpoints in the contiguous USA. Gannett Peak is the fourth-highest peak on the "Apex" list and easily one of the most remote. 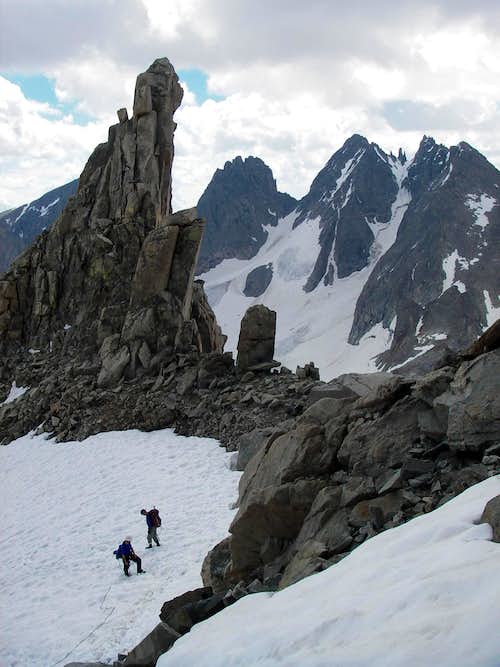 Mixture Of Snow, Ice, and Rock

Any summit attempt of Gannett Peak requires a wide variety of mountaineering skills. Considered as one of the most difficult state highpoints, the only other state highpoints that either rival or exceed its technical difficulty are Denali (Alaska), Mount Rainier (Washington), and Granite Peak (Montana). It is debatable whether or not the latter two are actually more difficult than Gannett Peak, depending on experience, skills, weather, and conditions. 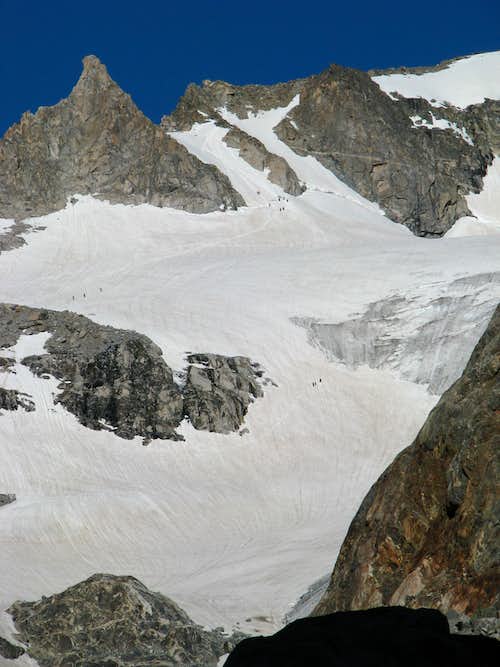 Any summit attempt of Gannett Peak should be considered a backcountry trip. Although a few mountaineers have been able to summit the peak within 24 hours, most people require 3-5 days. There are two standard approaches for the peak, each with its advantages and disadvantages. There are also some route variations, too.

Glacier Trail:
-> 50 miles roundtrip with approximately 10750' cumulative elevation gain.
This route is the longest standard approach for any state highpoint in the contiguous USA. As a result, sometimes this route gets overlooked. However, it can be considered short-sighted to only look at its mileage and elevation gain.

In reality, this route only has 10 more miles and 1700' cumulative elevation gain than the other standard approach (from the west), which converts to only five extra miles and 850' extra gain each way. The biggest advantage to this route is on summit day, due to a closer high camp (i.e. shorter summit day provides higher potential of success) and less strenuous terrain than the western standard approach. 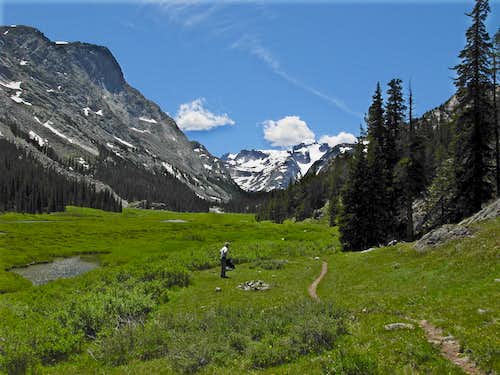 Pole Creek Trail to Titcomb Basin:
-> 40 miles roundtrip with approximately 9050' cumulative elevation gain.
This route has long been considered the main standard approach for Gannett Peak, although for the reasons mentioned above the Glacier Trail approach from the east has been gaining popularity during recent years. The western approach is a well-travelled route full of spectacular scenery and views.

However, despite an overall shorter route and less cumulative elevation gain, summit day is where it loses its most advantages over the eastern standard approach. The necessity to climb over Bonney Pass (also known as Dinwoody Pass) requires an elevation loss of approximately 1200' during the approach to Gannett Peak, which of course becomes an extra elevation gain of 1200' when returning back to camp from the peak. The extra mileage, gains, and losses on summit day can sometimes double-up the time required on that day, when compared with the eastern standard approach. 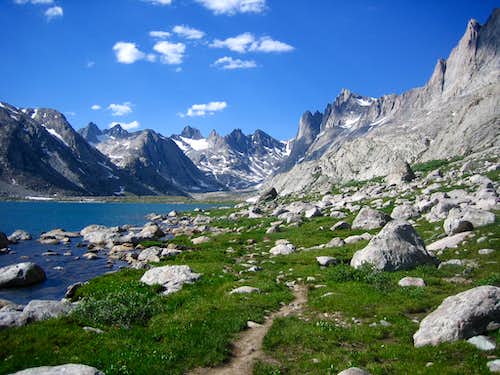 Ink Wells Trail:
The advantage of this route is that a large amount of distance and effort can be saved by the time the route intersects with the Glacier Trail. However, the disadvantage of this route is that access is both limited and expensive. This route crosses the Wind River Indian Reservation, which requires special permission, guidance, and transportation to travel through. Reservations are required in advance and sometimes difficult to achieve, and even if a reservation can be made the cost can be substantial (hundreds of dollars, total). 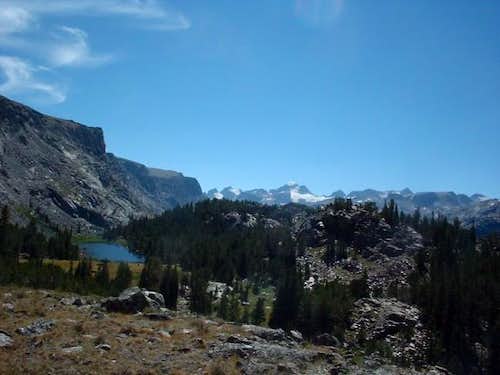 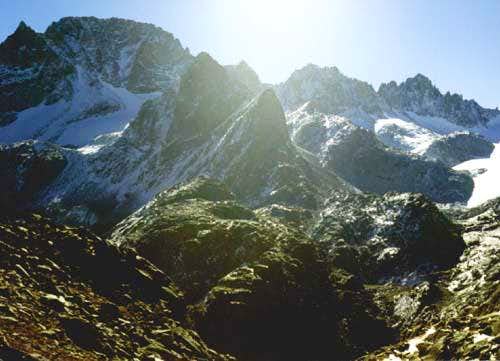 Other routes and variations also exist for Gannett Peak, although less popular and possibly with higher technical difficulty. Some people might also opt to have local outfitters help porter mountaineering parties and gear along the standard approaches, although for a substantial fee.

Regardless of route, any approach of Gannett Peak must be taken seriously as a true mountain climb. Potential summiters needs to be prepared for long hikes, possible routefinding, inclement weather and terrain conditions, steep snow and ice, glacier travel, and scrambling. Mountaineering skills are required; this peak is not recommended for amateur hikers. 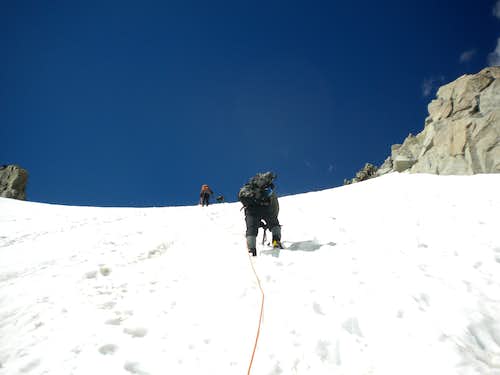 STARTING AT DUBOIS, WY:
1) Drive approximately 4.0 miles south along Highway 26/287 to Whiskey Basin/Trail Lake Road, within a block of crossing a bridge over Jakeys Fork.

2) Turn right onto Whiskey Basin/Trail Lake Road, and then take an immediate left. This road turns into Forest Road #411.

3) Continue following the road (Forest Road #411) for 9.2 miles until its end at the Trail Lake Ranch parking area. The trailhead for Glacier Trail, Bomber Basin, and Whiskey Mountain originates at this location. 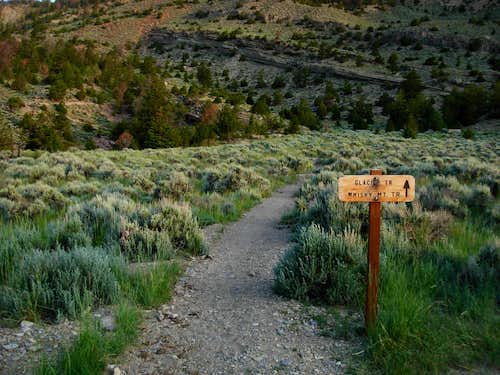 STARTING AT PINEDALE, WY:
1) At the east end of town, where Highway 191 begins to bend south, turn left onto Fremont Lake Road.

3) Follow Skyline Drive for approximately 11.2 miles until its end at the Trails End Campground and Elkhart Park parking area. The trailhead for Pole Creek Trail originates at this location.
-> For reference purposes, the parking area is located only a short distance beyond the Elkhart Park Ranger Station. 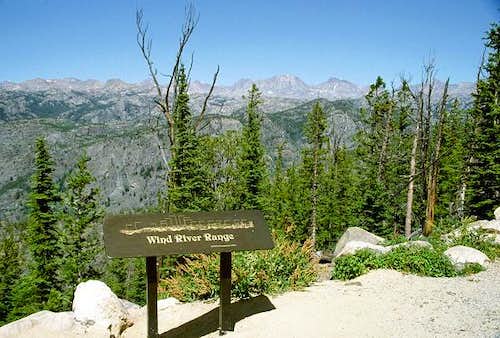 No special permits are required for the standard approaches of Gannett Peak. However, standard wilderness rules and regulations apply.

If a trail register is present at a trailhead, sign-in at the beginning of the trek and sign-out upon return.

Large groups (8+ people) visiting the region might require a special group permit prior to any trip.

Contact a local ranger district for current rules, regulations, and route conditions prior to any trip to this area.

The optimum climbing season for Gannett Peak is June through September. Most climbers visit the peak during July and August. Far less snow is encountered along the standard approaches during August, but many climbing parties prefer visiting during July when the Gooseneck Glacier bergschrund (and other crevasses) are not yet fully opened (if at all). Snowpack can actually make a summit attempt less strenuous than travelling on ice and/or rock for long distances. 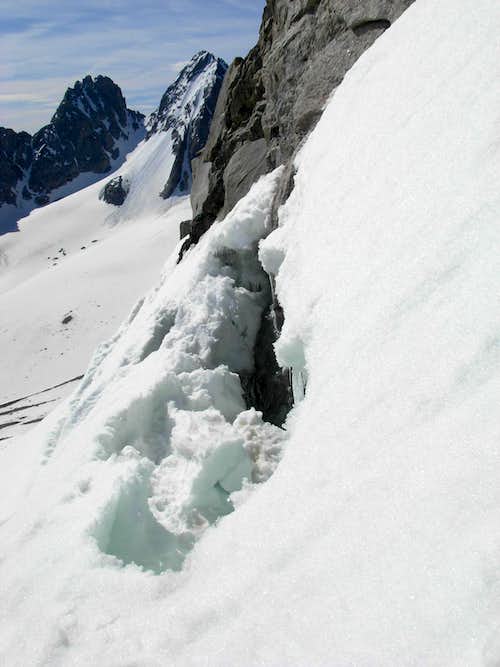 A few people attempt and climb Gannett Peak off-season, but it is not recommended due to inclement off-season weather, snow blizzards, avalanches, and possibly snowed-in roads leading to trailheads.

Backcountry camping is permitted within both Bridger Wilderness and Fitzpatrick Wilderness. 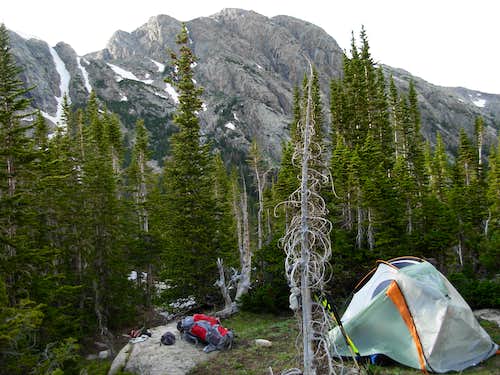 Gannett Peak was officially named during 1906, in honor of Henry Gannett. Gannett had been a Chief Geographer for the United States Geological Society as well as one of the founding members of the National Geographic Society. During his lifetime, Gannett was well-known for his topographical work and in doing so became regarded as the "Father of the Quadrangle." During 1890, he was responsible (in partnership with Thomas Corwin Mendenhall) for helping establish the United States Board on Geographic Names, which started creating official names for locations within the USA.

The first successful summit of Gannett Peak was by Arthur Tate and Floyd Stahlnaker during 1922.

The Gannett Glacier, located on the north side of Gannett Peak, is the largest glacier in the Rocky Mountains south of the Canadian border.

An excellent resource for attempting Gannett Peak, as well as any other state highpoints, is "Highpoint Adventures: The Complete Guide to the 50 State Highpoints" by Charlie and Diane Winger. In the book, each standard approach for Gannett Peak has detailed descriptions, general route maps, and diagrams.

The National Geodetic Survey link you provided is providing old data. Plus, using the data link you provided, the marker from which that data is based was atop "A 5.0 FT. TALL ROCK CAIRN ON THE HIGHEST POINT OF THE MOUNTAIN." The rock cairn was manmade, not a natural highpoint. 13809' - 5' cairn = 13804' (which is the accepted HP elevation by most resources)

Very good points, and your explanation is perfectly reasonable. I did make that connection, but I was unsure if the measurement was the top of the cairn or the base of the cairn (it's non-specific). It seems weird for them to supersede the old value with a new one simply because a cairn was built. I wonder if there is newer data or an official clarification anywhere on the matter. I'm no expert on the matter, but including the height of the station mark seems like bad surveying. I know it's weird to get stuck on 5 feet, I'm just a pedant and want to find the right answer more often than it's worth it.

By the way, I have seen the USGS do this on other peaks, too. Kind of corny way of measuring, very true.

It is all about the change in the reference point (aka a “datum”) for measuring the height of any point on the earth. NAVD 88 replaced the National Geodetic Vertical Datum of 1929 (NGVD 29), previously known as the Sea Level Datum of 1929. As maps get updated, they adopt the latest datum numbers. The elevation difference between points in a local area will show negligible (5 ft.?) change from one datum to the other. NGVD 29 used a simple model of gravity based on latitude to calculate the geoid (earth shape model) and did not take into account other variations. Thus, the elevation difference for points across the country does change between datums. Same thing happens with horizontal datums – NAD27, NAD83, WGS84. Places get moved when they really don’t move at all. On the other hand, things like plate tectonics, earth quakes, glacial rebound, ground subsistence, etc. actually do move things on occasion. BTW official elevations are measured to natural points. Anything man made like cairns, bridges, excavations, fills, etc. are not counted.