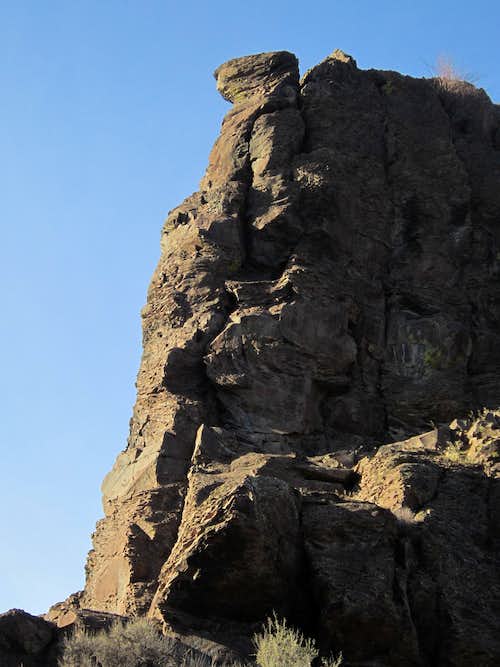 Agathla Tower is a 200 foot basalt formation overlooking the parking lot for Frenchman Coulee. Its one bolted route is often used as a warmup and easily top-roped via a Class 3 scramble and one other set of anchors exists. According to Ford and Yoder's guidebook there are a number of other routes in the 4th class to 5.6 range, although they are very seldom climbed due to poor rock quality. The early Coulee climbers also reportedly had an ongoing bouldering project, consisting of the full traverse of the tower, but it is not known whether it was ever completed or what such a problem would be rated.

Follow the trail for the Sunshine Wall, the tower will be on the right. The climbing routes face south and west, while the Class 3 scramble gully is on the south-east side, with a tree obscuring the crux step. 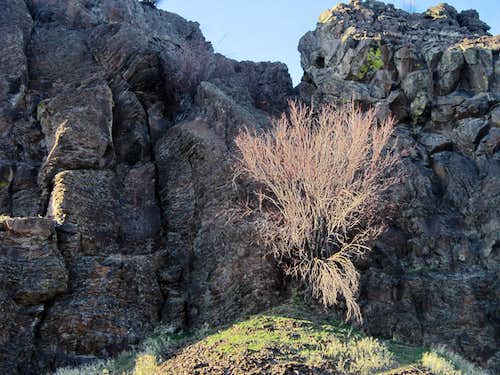 House of Cards - 5.8
A moderate, 10 bolt route that ascended the prominent pillar facing the trail. The crux is in the last 20 feet, for which there are several possible variations. Two sets of bolted anchors, one with chains and one without are found on the broad and flat top of the pillar, although one does not need to top out to clip the nearer pair. Depending on one's nerves for exposed scrambling, this route can be easily top-roped. 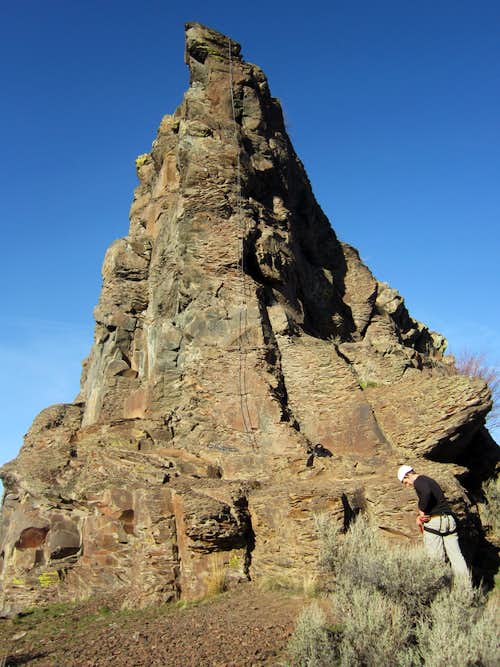 House of Cards, ready for top-roping
Agathla Unchained - 5.10a
A traditionally protected corner crack to the left of House of Cards with a bolted anchor and chains. This route looks far more aesthetic than it is, the crack is almost unusable except for a few finger locks in the upper third and most of the moves utilize simple stemming techniques and questionable crimps. One climber who led it claimed it was the worst climb he had ever done, having only top-roped it I can neither confirm nor deny this evaluation, although I would not consider it substantially worse than other Vantage non-classics. 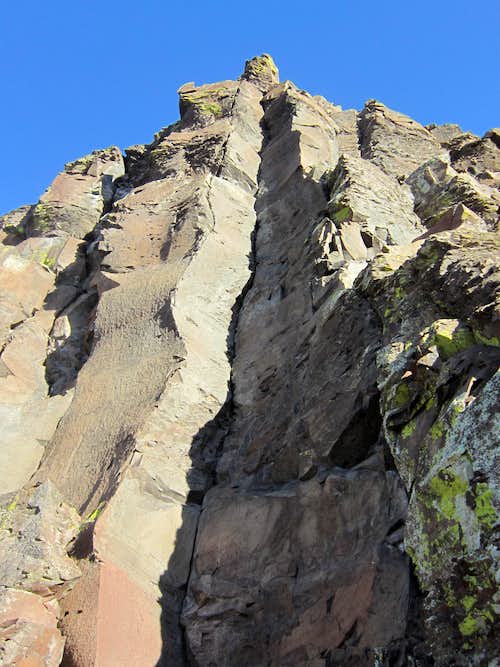 Like all south-facing climbs at Frenchman Coulee, Agathla Tower is often climbable all year around, and is frequently the only such area easily accessible from the Seattle region. Unlike the Feathers and much of the Sunshine Wall, Agathla does not seem to attract much of a crowd, and has been unoccupied probably 4 out of every 5 times i've been to Frenchman Coulee on a busy day.

Free camping can be found surrounding the various parking lots, although the better vehicle accessible spots will be taken quickly on a busy weekend.