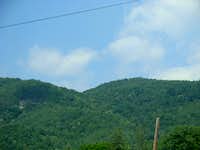 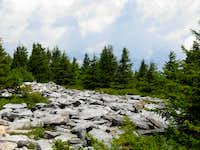 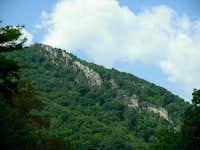 The Allegheny Mountains are comprised of bedrock formed from sandstone and quartzite. This form of bedrock is very weather resistant, lasting for many years virtually unchanged. This bedrock region is known by geologists as the Silurian Tuscarora Formation.

Forests within the Alleghenies have mixtures of pine, spruce, fir, birch, ash, maple, and oak. Small flora, such as blueberries, heather, laurel, and rhododendron, are also commonly found throughout the mountain range. 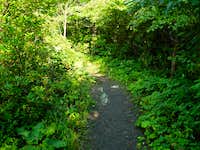 All of the state forests within the Allegheny Mountains allow hunting. Be very aware of hunting seasons, typically during autumn and winter months, especially deer hunting seasons. If doing any hiking during hunting seasons, it is highly advised to wear bright colors such as orange blaze. Do not wear dark or camouflaged colors.

Hiking trails within the Alleghenies typically do not require any special permits or regulations.

Camping and tourism are popular throughout the Allegheny Mountains. 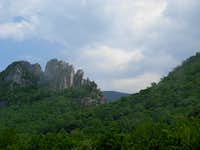 Multiple caverns are found within the Alleghenies, providing outlets for avid spelunkers.

Hiking trails are found throughout the Alleghenies, including popular trails at the three State Highpoints within the range (Spruce Knob, Backbone Mountain, and Mount Davis). The unfinished Allegheny Trail also provides great scenery and access within the region, mainly West Virginia, starting near the Mason-Dixon Line.