Avalanche Peak is arguably the most popular mountain in Arthur's Pass National Park. It's easily accessible for day hikers by both the Avalanche Peak Track and by Scott's Track, and you can combine them to make it a circuit. From the summit you have great views - weather permitting - and more than a fair chance of having a close encounter with a cheeky kea. 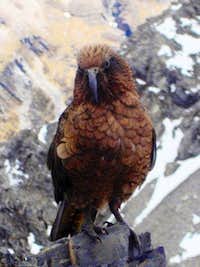 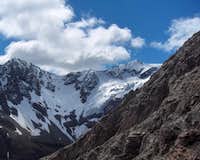 Crow Glacier
If you want to make it more interesting, from Avalanche Peak you can descend into the Crow River valley instead. You'll get even better views towards Mount Rolleston and the Crow Glacier, you can run down a 600m scree slope and you get to spend the night in a Backcountry Hut. On the hike out the next day, you get more scenery and experience a tranquil day of easy hiking out along the Crow and Waimakariri rivers.

To make things really interesting, you can get to Avalanche Peak by first climbing Mt Bealey, then scramble along the ridge to Lyell Peak and then Avalanche Peak.

The first day ends at Crow Hut (10 bunks, mattresses), where you can spend the night. The next day is an easy hike back to Arthur's Pass along the Crow and Waimakariri rivers with no elevation gain to speak of. You could in fact do both parts in one very, very long day.

In fact, the annual Avalanche Peak Challenge is a grueling mountain run over 26km that used to do just that, and the record holder is Keith Murray in 2:20! Amazing! To be precise, the run started with the Avalanche Peak track and finishe at the Bealey Hotel on the SH73 instead of returning to Arthur's Pass, but that's just a minor distinction. By 2014 however, the route of the challenge is changed drastically. It still goes up and down Avalanche Peak, but no longer drops down into the Crow river valley.

There are three ways to get to Avalanche Peak. 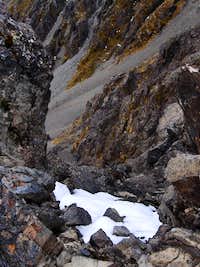 On the ridge from Mt Bealy to Lyell Peak 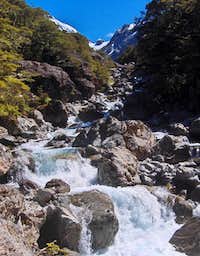 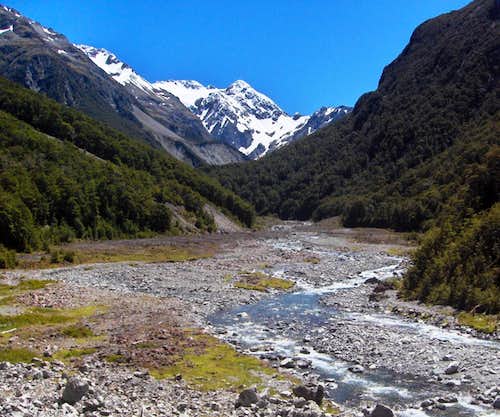 Mount Rolleston and Crow River, close to the Waimakariri

This route is a way to descend from Avalanche Peak only, because it involves descending a 600m scree slope. There is no rule saying you can't go up that slope, but it won't be fun.

The time required for this descent route is roughly 2 hours, but it can be much faster if you run down the scree. Of course, you have to climb Avalanche Peak in the first place, and together that requires one day for most people.


Crow hut lies at an altitude of around 1020 m in the Crow River valley, east of Avalanche peak. Avalanche Peak is one of the peaks on the long S-ridge from Mt Rolleston, but there is just one relatively safe way down from the ridge into the valley: along a scree slope about half an hour north of Avalanche Peak. There are many other scree slopes, but many end in sheer bluffs and only one flattens out as it reaches the valley floor, so it is vital to go down the right one. If you get the wrong one, the worst scenario is that you'll notice too late while running the scree and fall off, at best you'll find yourself struggling back up the scree.


Even though the scree slope lies north of Avalanche Peak, from the summit the route actually starts by descending just a little bit on the south side - one or two minutes perhaps - until you see an easy way across the scree to your right. After that, skirt around the west side of the mountain, to a saddle just north-west of the summit. From here, follow the ridge north to north-east. You can choose whether to hike around the various little bumps, or scramble over every one of them - the latter is much more fun of course! 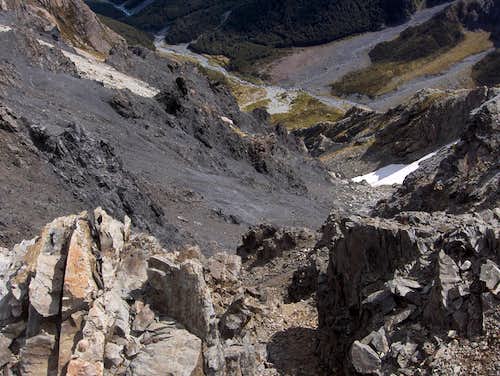 It is crucial to get the right scree slope. If you take one too early, you'll either fall to your death, or, preferably, notice in time that it gets too steep and decide to slog back up the scree, which would be very tiresome of course. From this point you can see the Crow valley, and if you look closely, even Crow Hut. However, the scree doesn't go all the way down to the valley. That fact alone means that it must be the wrong slope.
After a solid half hour or so (and certainly longer if you scramble over everything), you should reach the top of the right scree slope. This is the crux of the route, finding the right slope. When in doubt whether it's the right one, continue north along the ridge. We were getting tired, yet we kept on scrambling, so it took longer. Do not go down the scree slope unless you're absolutely sure it's the right one. If you cannot find it, go back to Avalanche peak and descend along Scott's track or Avalanche Peak track.

How can you be sure you've found the right scree slope? 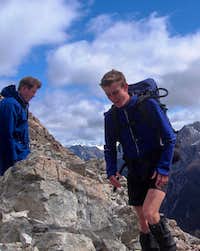 Can we go down yet?

After reaching Crow River, look for a place to cross it, which should be easy this far upstream, and about one kilometer downstream you'll find Crow Hut on the true right side of the river.

Best from very late spring to autumn, when there is no or little snow. With more than a little snow, the route is a whole lot harder and on top of that, you'll have to deal with avalanche risk.

And make sure to avoid the day of the annual Avalanche Peak Challenge!

Sturdy hiking boots.
Gaitors are recommended, to keep the rocks out of your boots on the scree slope.
Rain gear.
Sleeping bag.
Stove and cooking gear (or bring cold food only).

The water in the Crow and Waimakariri rivers is said to be safe to drink, but I had a water filter with me to make sure.

DOC route description
All about the town of Arthur's Pass, including accommodation.
Crow Hut

The Avalanche Peak Challenge is a grueling annual mountain run. Starting at Arthur's Pass, it used to go up along the Avalanche Peak Track route, descended to the Crow River and then back out along the Crow and Waimakariri rivers. It didn't go all the way back to Arthur's Pass, the finish was at the Bealey Hotel. However, in 2014 the route is changed, returning to Arthur's pass without dropping down to the Crow river valley.