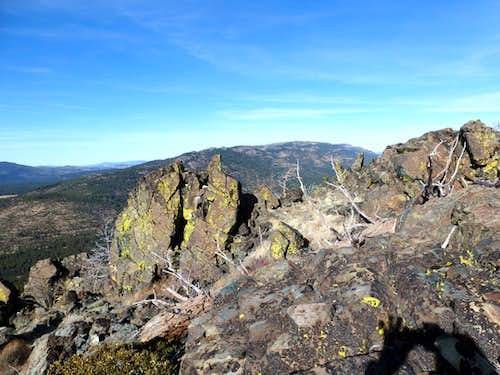 Babbit Peak seen from the south on the Verdi ridge

Located approximately 7 miles north of the Stampede Reservoir, Babbitt Peak is a quaint destination on the northern edge of the Sierra Nevada. At 8,760', it is not a huge mountain for this area. However, because there are actually no higher summits within a 15 mile radius and it has a prominence of 2,360’, views from the summit are all encompassing. Located less than 6 miles from the Nevada State Line, Babbitt Peak offers views to the Northern Sierra Nevada forest to the west and desert landscapes to the east.

The summit hosts a fire lookout. Dirt roads lead directly to the summit, making the mountain quite accessible. 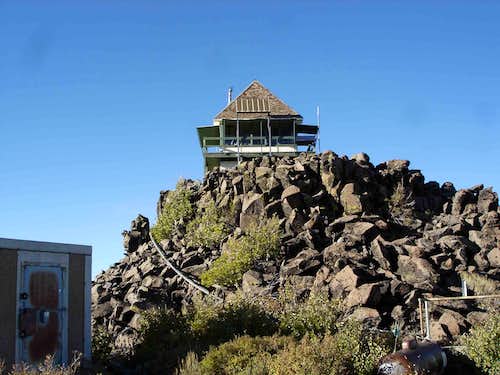 Babbitt Peak makes a wonderful fall destination to enjoy the changing colors. It can be hiked all year, but snow makes it far less accessible during winter months – typically December-April.

The best way to reach Babbitt Peak is from the southwest via Jones Valley Road. Easily accessed from the Stampede Reservoir area, there are 2WD dirt roads leading to the start of Jones Valley Road (also known as Babbitt Road).

Take I-80 to exit 194 (east of Truckee, CA). Pass the train tracks and continue past the Boca Reservoir on the left. Head past the turn off to Stampede Reservoir and end at a dirt road, which is Henness Pass Road. This intersection is 10.4 miles from I-80.

At the intersection, take a left on the dirt road. It is relatively flat and well-graded road. After almost 3 miles, the road turns north. Take the road for another 3 3/4 miles to Jones Valley Road. If parking at the road junction, elevation is at about 6,280’. 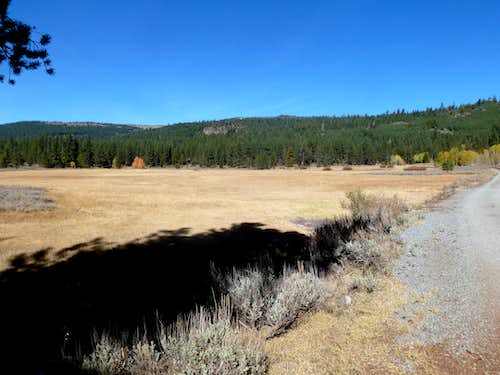 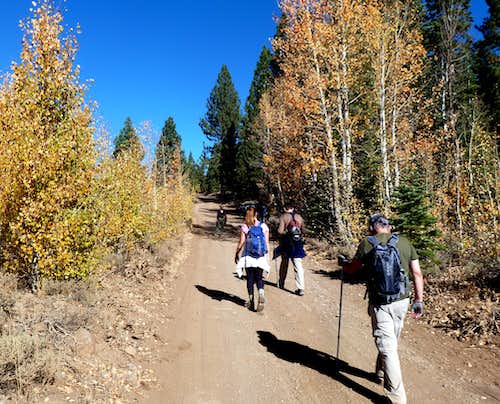 There are a number of alternate routes, or modifications based on various roads in the area. Jones Valley Road/Babbitt Road can be reached via the north from Loyalton, California via Co Rd 860/Smithneck Rd, although the way described above is the best way to access from population centers in Sacramento and Reno/Carson City.   It is also possible to approach via 4WD roads from the east coming out of Cold Springs, Nevada. However, Jones Valley Road/Babbitt Road is by far the most accessible and direct and probably the most scenic.

There is no red tape. Most of this area is located in a National Forest. There is an electric fence along Jones Valley Road once you reach Jones Valley itself. Be aware of it and avoid it accordingly.