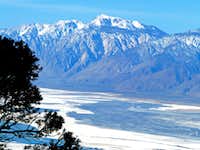 California has such a diversity of mountain ranges. The Sierra Nevadas, home to Mount Whitney, Coastal Ranges with their lush colors, and the Cascades are just some of the ranges encompassing California. Thus, California has a whopping 163 peaks with a prominence of 2,000 feet or more. Nevada is the only state (in the lower 48) with more prominent peaks. California also has 9 Ultra Prominence Peaks within the continental United States. These peaks provide a wide range of difficulty. Some are also very remote. Also, if you include 6 error range peaks, that gives a total of 169 peaks that have at least 2,000 feet of prominence. Out of these 169 peaks, 121 (72%) had a SummitPost page at the time of this writing.

This list was compiled using the “mean prominence” value. Peaklist uses its ranking system with this method (163 peaks). Peakbagger uses the “clean prominence” value, which also concludes to their being 163 peaks with 2000 feet of Prominence. The order of these peaks in the Prominence list can vary slightly depending on which method of Prominence you use. In addition, there are also the 6 peaks that are in the “Error Range” of having 2,000 feet of prominence. Three of these peaks were on SummitPost at the time of writing this.


Current Total with a SummitPost Page: 131

Is that a typo? Also, Tin Mountain has the same photo as Mount Patterson.

Just a note Red, the first peak on the page, upper left is Mammoth Peak not Mt. Dana. The caption on the original shot would lead you to believe that since it's on the Mt. Dana page. Also the pic below left is of course Mt. Shasta taken from the Whaleback. Thanks for posting some of my pics!

I added a summitpost page for Babbitt Peak: http://www.summitpost.org/babbitt-peak/819843

It looks like the Round Top page linked here is not the actual P2000 Round Top.

Pages added that should be linked in the main page