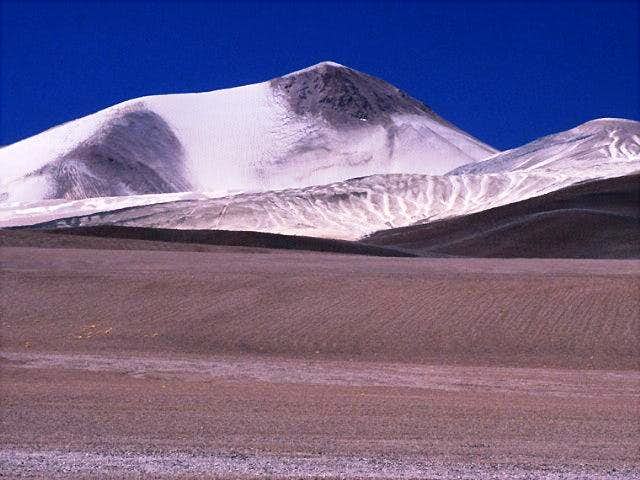 It's possible. I spent less than 2 days in this area traveling by car to Laguna Verde. This mountain is visible from the road near the viewpoint of Ojos del Salado - after several searches on the Internet I found a hint about "Cerro Carrancas Blancas" lying between Ojos del Salado and Nevado Tres Cruces and assumed, it could be the mountain I photographed because of its white ash covered slopes.