After three days of finding my own way to the tops of unnamed peaks in a forgotten part of the Sawatch Mountains of Colorado where I saw no other hikers, I was ready to tackle a more established peak. The 13480 ft Geissler Mountain seemed like an ideal candidate because it has a popular trail that starts on Route 82 and goes to the 12490 ft Independence Lake where the peak can be accessed.

This was the fourth day of our six day Colorado hiking trip. My cousin Kris & I left Buena Vista just before 5:00 a.m. and drove to the 11500 ft trailhead on Route 82 to the west of Independence Pass. No one was there. We started our hike at 6:05 a.m. Geissler Mountain actually has 3 different summits. These include Points 13186 ft, Point 13301 ft and Point 13480 ft. My destination, Point 13480 ft, was visible from the trailhead. 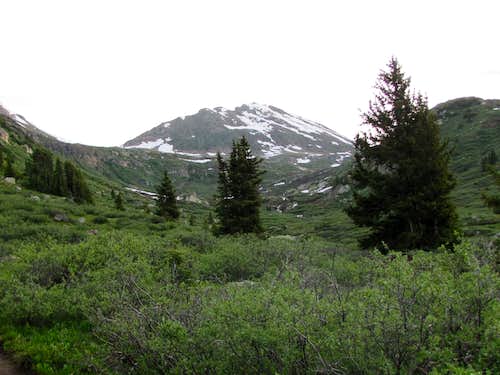 The well-established trail went up the meadows. We were already above tree-line and were at that time in the shade. As we went higher, Peak 13198 ft and Grizzly Peak came to view to the south. 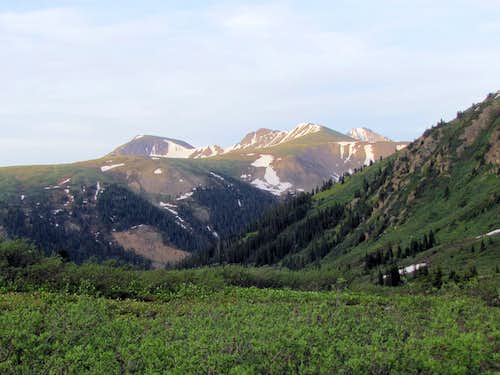 The trail soon crossed to the east side of the stream. A small “canyon” could be seen just above where we crossed. 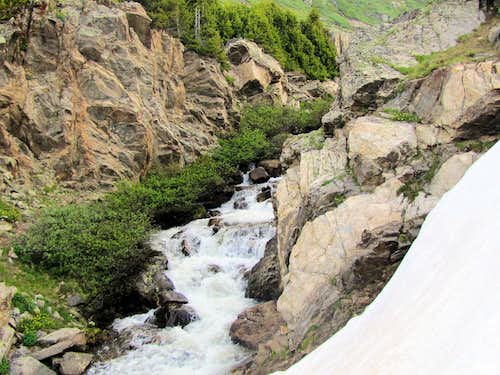 This had apparently been a very snowy spring in Colorado. The pictures that I had seen up to two weeks prior to this trip showed that the high peaks were still completely covered in deep snow as if it were still winter. It must have become warm very fast. Over the last three days, we had seen soft snow, running water and mud all over the place. This day was no exception. At 7:20 a.m., after 1.75 miles per my GPS, we reached the 12490 ft Independence Lake. The lake was still frozen. Large snowbanks covered much of the area.

The trail was lost under the snow but we could see the 12820 ft saddle where we needed to go. We began to walk on the snowbanks but the snow was soft and we often sank ankle, knee and even hip deep into the snow. Put on the gaiters to stop snow from getting into my boots. 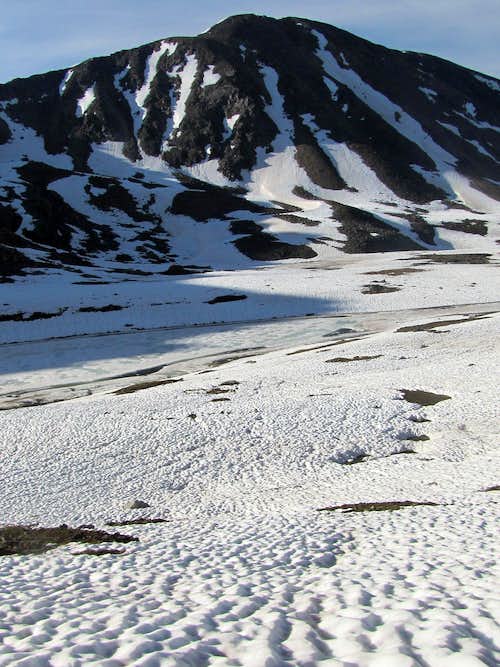 Reaching the saddle required traversing big snowfields. I decided to not go to the saddle and instead go directly up the slopes of Geissler Mountain where there was much less snow. Kris had had enough of sinking in the snow and said he will go to the saddle and wait there for me. I was then in contact with him via Walkie-Talkie.

I soon reached the crest of the eastern ridgeline of Geissler Mountain and followed it uphill. More snow fields to cross.

Looking back at my footprints in the snow and the 12820 ft saddle. 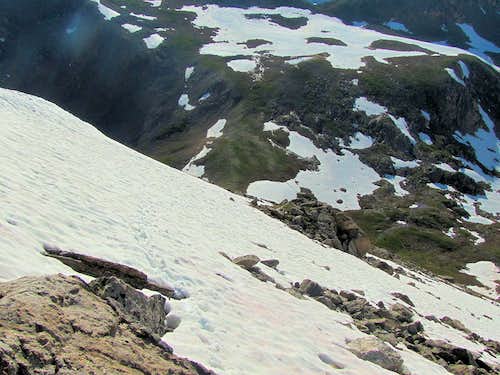 Looking back at my foot prints

At 8:54 a.m. and 2.14 miles, I reached the summit. The views were much more spectacular than I had imagined. To the northwest, Williams Peak appeared as an impressive peak.

Left the summit at 9:25 a.m. and followed the crest of the eastern ridgeline down to the 12820 ft saddle where Kris was waiting. As I was nearing Kris, I saw a creature moving in the distance. With my camera zoomed, I noted a marmot. 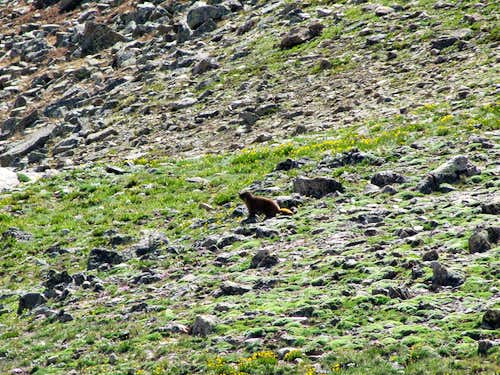 Looking back at the ridgeline I descended. 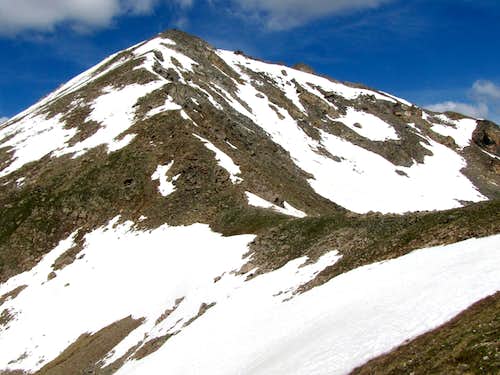 Another view of Lost Man Lake from the 12820 ft saddle. 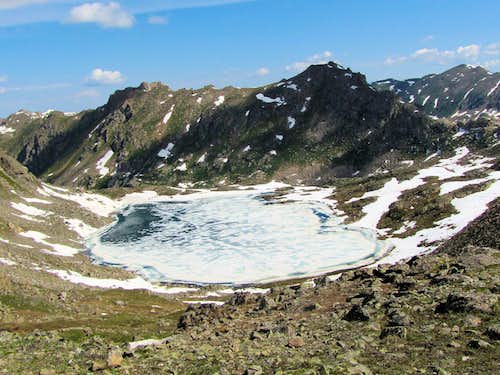 We were then hiking over the big snowfields to the west of Independence Lake.

At the south end of the lake, the trail appeared again. As we hiked down, we ran into a number of people hiking up to reach the lake. 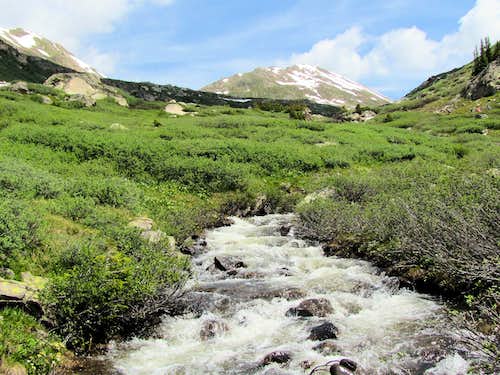 We then reached the trailhead at 11:40 a.m. with a roundtrip hiking distance of 4.74 miles. Cars filled the parking area and many people were there.