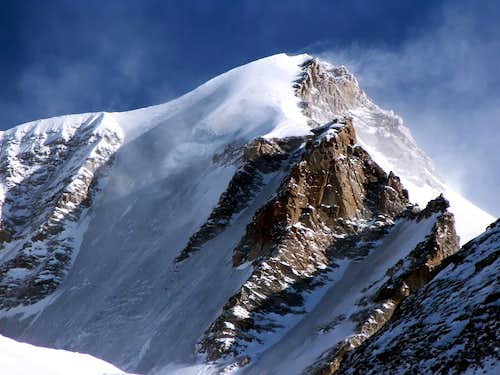 Gran Paradiso 4061 m is the highest summit of the whole group it gives the name to and it's entirely located in the Aosta Valley on the border between the municipalities of Cogne and Valsavarenche. The Gran Paradiso is the third highest peak among all those located completely in Italian territory after the Corno Nero 4321 m and the Piramide Vincent 4215 m, two peaks included in the Monte Rosa massif. On Gran Paradiso majestic North-West wall,  considered a very classic of the North faces, we find some of the best ice-climbs in the Gran Paradiso group. The North-West wall is 600 m high and can offer a good difficulty. The good access and the easy descent are the winner cards of this wall. The characteristic of the wall is two ice humps, significantly reduced today.  In fact, since the first ascent, the North West face has undergone considerable changes. The serac in the middle part is considerably reduced and the slope is smoother and more uniform. On the other hand, it is much easier to find black ice and for this reason the climbing is therefore recommended in early summer. There are different ascent lines on the wall, the one followed is the snow and ice slide between the left rocky ridge and the vertical projection of the upper hanging serac.

The support base for climbing the NW face is the Refuge Federico Chabod, from where you also have a perfect view of the wall.  It is necessary to reach the Valsavarenche, a side valley of the main Valle d'Aosta.

- from the A5 Motorway (Torino-Morgex) exit Aosta West and follow the road to Saint-Pierre; turn to left taking the SS 26, pass Villeneuve and turn to right following the road SR23 to Valsavarenche, getting Introd and Pravieux m. 1834. Parking lot.

From the parking in Pruaviex m. 1874 cross the bridge on the stream (signposts Rif. Chabod) and pass a little settlement of alpine alms. Continue to rise inside the wood along the path with several hairpins to the Alpe Lavassey m. 2194. Here there's a fork on the path, keep the right side (signposts), following the good path leading to Rif. Chabod (2 and a half hours from Pravieux).

Approach from the hut

The approach takes place at first along the moraine, then on the Laveciau Glacier to reach the base of the wall. Go to the winter shelter and cross to the right following the path that leads to the aqueduct (black water pipe sometimes visible), until you reach the stream. Cross it on a wooden bridge and continue to the left going up the steep edge of the moraine separating the Moncorvè and Laveciau glaciers (signposts) up to an area of ​​blocks. Continue on a second moraine and cross to the right following the cairns to reach the right (orographic) edge of ​​the Laveciau glacier at approximately 2950 m. Alternatively, you can continue along the edge of the moraine and, once you reach a shelf, descend onto the glacier at an altitude of 3050 m. Head directly to the North face along the glacier, paying attention to crevassed areas. This leads to the bergschrund which is reached with a last slope at 30/40°. Up to here you can also get there from the normal route that comes from Chabod, leaving it at about 3200, when you have already been on the glacier for a while. Head decisively to the left (crevasses) towards the bergschrund (2 hours and a half from Rif. Chabod).

Pass the bergschrund in the easiest point (usually in the middle) and climb up the beautiful wall between the rocks on the left and the hanging serac at the top right.
The slope is always uniform with the first meters at 45°, then it straightens to 55° with some short stretches at 60° in the vicinity of the serac. When you reach the upper hanging serac there are two options for exiting:

- route Chabod: turn definitely to the left and reach the NE ridge, snowy and sharp, then rocky, leading in a few minutes on the summit. To reach the conventional summit (Madonna) go down or unclimb a rocky jump of 3-4 m slightly exposed (possible abseil, bypassable west side with snow) and climb the next tower (3 m, II, exposed, 1 peg).

- route Bertolone:  go straight up just to the left of the vertical of the serac in the upper part of the wall. The first section is at 50 °. At the height of the serac (which always passes on its left side) the slope reaches 60 ° and then returns to 50 °.
It now bends sharply to the right to point to the summit ridge at its highest point. Once out, follow the line overcoming a prominent rock and thus reaching the "real" snowy summit. From here you go down to a breach in the rocks and go up again (wall of II +) to the Madonnina, the classic peak of the Gran Paradiso. If you want, the Madonnina can be avoided on the right side by following a snowy ledge exposed close to the rocks (canapone in a stretch) that leads to the collar beyond the summit tower.

Descent: along the normal route. 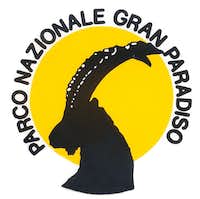 There are no fees or permits needed to climb Gran Paradiso NW face. The mountain is located inside Parco Nazionale del Gran Paradiso, established in 1922, one of most important National Parks in Italy. You should take care of nature as usual within the boundaries of all the natural parks. Free camping is not allowed and fires are strictly forbidden. The whole fauna and flora are protected. Don’t disturb fauna and other mountaineers’ peacefulness with every kind of noise. Please respect the rules in P.N.G.P. Gran Paradiso National Park. 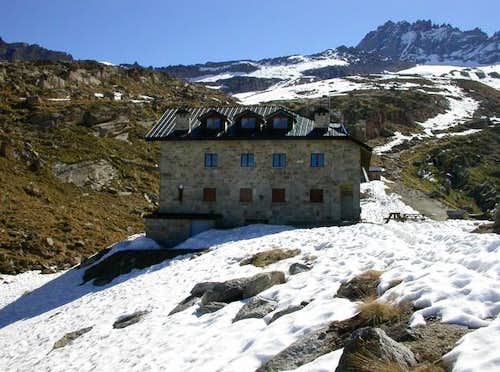 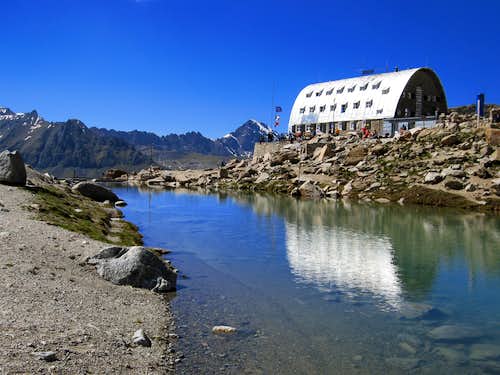 Best season to climb is late Spring and early Summer