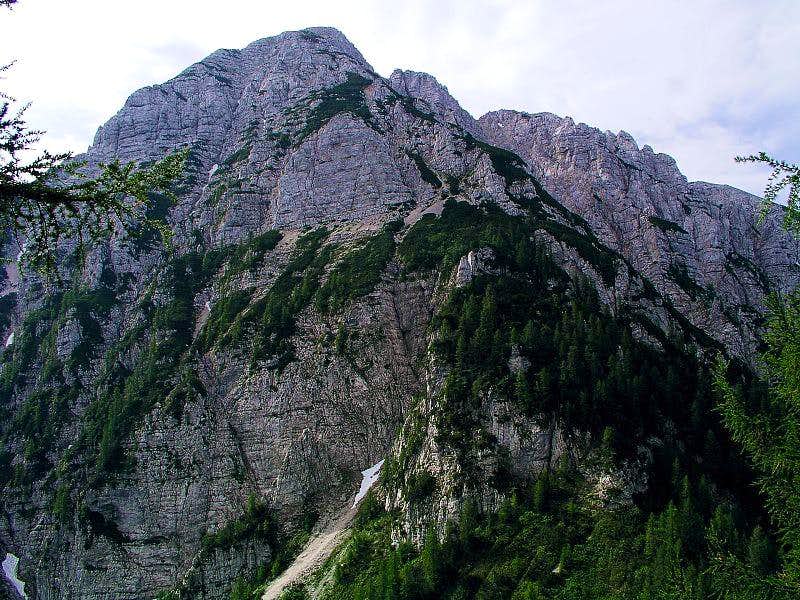 Hochobir/Ojstrc north face from above Jagoutz alpine meadow. From the path on Kleinobir, which rises just north of its higher brother, we can see all details of the route, which goes from the saddle up to the highest point. Hochobir/Ojstrc North ascent starts on the saddle, crosses slopes towards the rightand then through steep rocky slopes, covered with pine-bush, ascends on the ridge again. In the middle part the ascent goes by the northern side of the ridge (we see a tiny scree ravine), then it climbs on the ridge again. The upper part is a bit less steep. June 28th, 2006.
« PREV NEXT »