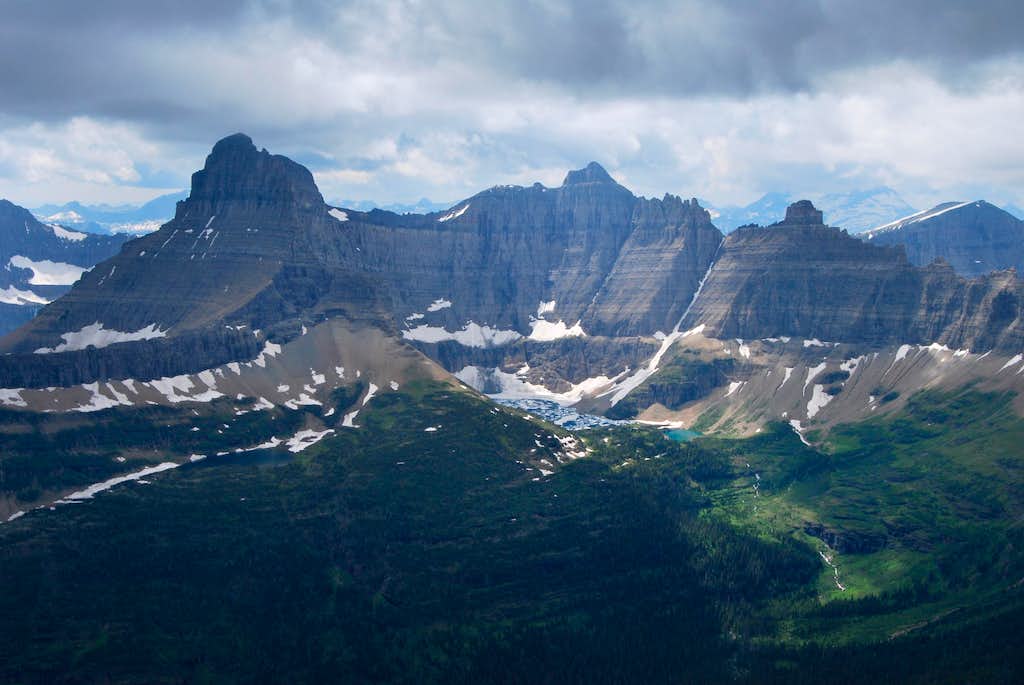 From Mount Henkel. Unfortunately, we didn't spend much time on the summit, as it was cold, windy, and storm clouds were flying in over the Continental Divide to our west. From the left, Mount Wilbur's formidable summit towers above a high alpine basin known as Shangri-La; the lake is unnamed. Following the ridge top of the jagged cirque to the right, the next highpoint belongs to Iceberg Peak. The large notch with a diagonal snow chute leading down and to the left is named Iceberg Notch, a formidable climb unto itself. To the right of the notch is a bulk of rock known as the B-7 Pillar, which requires techincal rock climbing to attain its summit. Behind and to the right of B-7 is Ahern Peak, an easy summit to physically climb, but takes some fortitude to attain due to its remoteness. The lake that sits beneath it all is aptly named Iceberg Lake, one of the most popular day-hike destinations in the entire park. The trail climbs gradually uphill across the vegetated slopes in the lower right of the photo. July 15, 2009
« PREV NEXT »