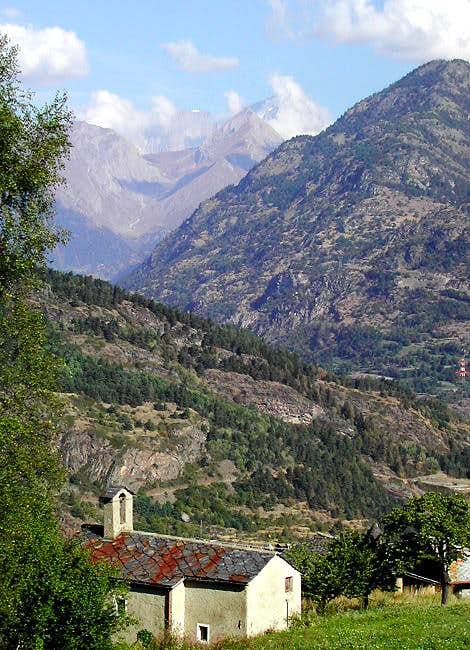 In memory of Pope Paulus Johannes II, in the day of his obsequies I want to post a photo of the church of Les Combes, the small village in Valle d'Aosta where he often spent his summer vacations. He used to hike along the trails running along the watershed Val di Rhêmes-Valgrisenche.
In the left upper part of the photo, one can see vallone di Liconi and Testa di Liconi on its left; Grandes Jorasses in the background, partially hidden in the clouds. The mountain on the right is Mont (Court) de Bard, described in Punta Fetita page. On the right of Mont de Bard but not visible in the photo, just in front of Les Combes, there is also Punta Aouillette
« PREV NEXT »

thanks for your appreciation!

HE loved mountains so much ...

It seemed a rightful homage...