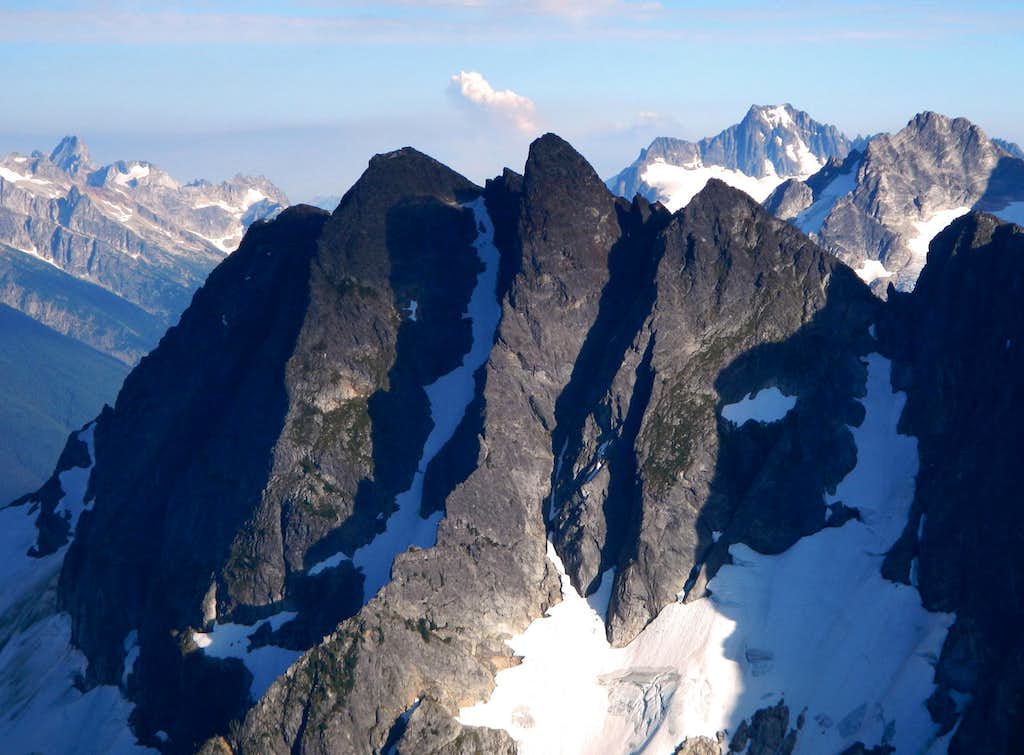 The precipitous north face of Mantis Peak and Distal Phalanx as seen from the summit of Neve Peak (7505 feet). The first ascent of Mantis (left summit), was done by Marilyn and Stan Jensen, August 16th, 1973 while the first ascent of the higher (right) summit, Distal Phalanx was done by John Roper, Dave Stonington, Ted Hegg, and Charlie Janeway, May 31, 1981. In the background on the left is Goode Mountain in the center is a pillar of smoke from a wildfire and on the right is Mount Buckner and Tricouni Peak.
« PREV NEXT »