Running Up Mountains is FUN

Mt Washington holds a series of titles for me. First of all, it is in the books as Mountain #3 of the Mountain A Month project.  Secondly, it is in the first mountain that I have run, and probably the mountain that will be to blame for all of my future attempts to wrangle my friends into running up and down mountains.  And thirdly, it was my first experience with technical rock climbing in an alpine environment.  Wholly, Mt Washington was a physical-limit-pushing, adventure.  Neither Andy or I were able to properly function as human beings for a couple of days afterward.

We got a late start, our 4:30am wake up time became… 8:30am, a very unfamiliar time for either of us to meet the day.  The weather was forecasted to be mild anyway, so we had a leisurely breakfast, packed lightweight packs, and hit the road.

When we reached the trail head, all I could think was WOW. Looming above us with its picturesque (and somewhat intimidating-looking) 300 some odd feet of vertical rock, Mt Washington just begged us to summit.  So, Garmin activated, running shoes tightened, and packs cinched on, we started up the trail, falling into a rhythm as we booked it up the trail.  From the trail head, along the PCT, and up through the woods, we ran.  And then we reached the scree.  A few short pitches of exciting, 5.easy-moves later, and we reached the summit.

Washington is a beautiful climb!  From the summit, we watched Black Rosy-Finches dart from rock to rock, a Clark’s Nutcracker investigate our packs, and a pair of Bald Eagles hunting their lunch in the sky, all while we soaked up the view, showcasing Three Finger Jack, Jefferson, all three Sisters, and Broken Top. We started at the Church Camp at Big Lake, which sits about a mile north of the PCT. From the PCT, we branched off at the climbers trail and proceeded up the standard North Ridge. Being experienced rock climbers, we felt comfortable only ropping up for the 5th class sections, and carefully scrambling up anything easier. The hardest moves are in the 5.0 to 5.3 range, but the exposure is what will un-nerve most people. We found the rock to be generally good on the North Ridge, only encountering loose scree/rubble in obvious low-angle areas. We didn’t rappel at every station but found a 30m rope the perfect length for the steepest and most exposed rappels. Overall, the North Ridge on Mt Washington is a fantastic climb with some fun technical rock climbing throw in on a picturesque summit.


For a more detailed description of the climb, including equipment list and stats, check out this post. 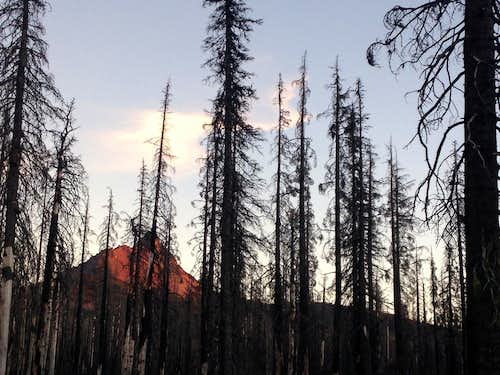 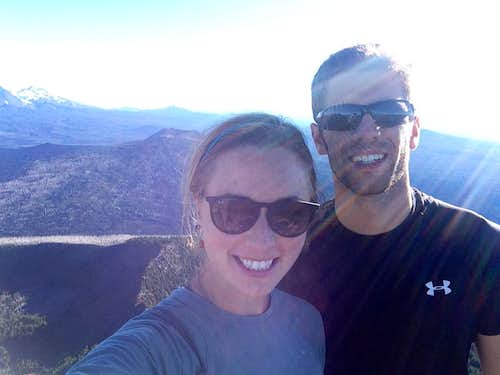 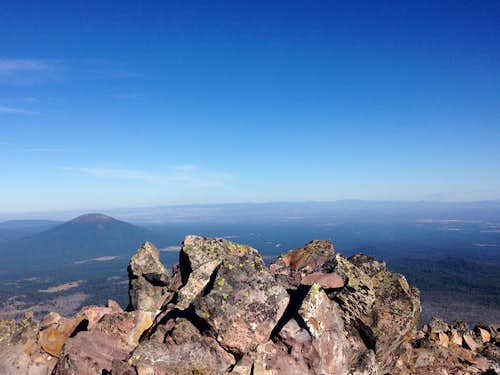 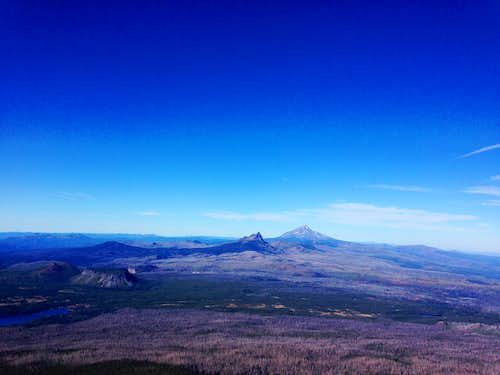