On the north are all the high alpine groups
While the distinction of big mountain groups, which shape so characteristically the landscape of Slovenia, is quite clear, I got recently confused how to classify the mountains and hills of Central Slovenia. Do they still belong to the Alps, or to Dinarides? If they do belong to Alps, to which major group? The hills/mountains of Zasavje are never mentioned as a part of Kamnik and Savinja Alps. And the stretch north-east of Zasavje group is only rarely mentioned as a prolongation of Karawanks. So, I spent some time inspecting maps, reflecting on what is written about this subject and here a proposal, open for critics is written.

On the map below you can see the borders among the five big groups, but also that I am attaching the hills/mountains of Central Slovenia to three of the main groups. So, we can speak about the foothills of: Julian Alps, Kamnik and Savinja Alps and Karawanks. 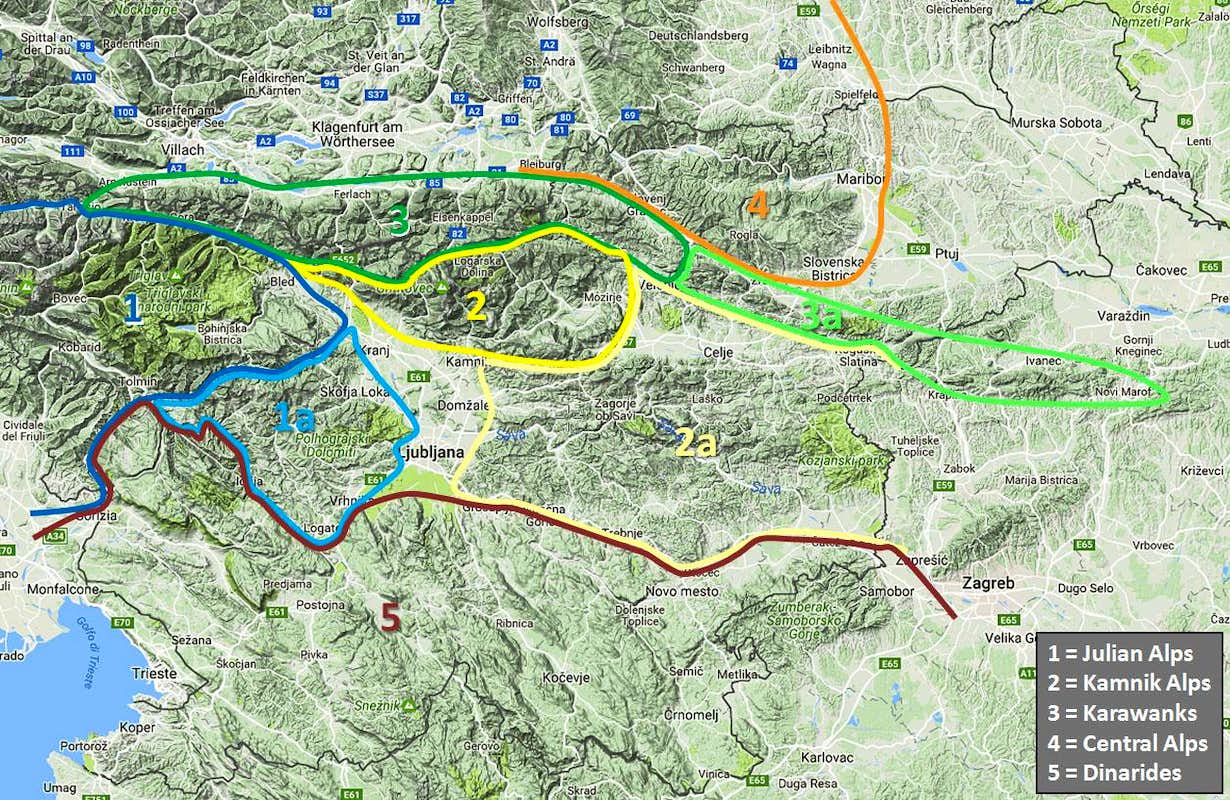 The Dinarides (or Dinaric Alps) are excellently described on their SP page. And so is their border towards the Alps. Before discussing the border, let's mention one quite distinguishing characteristics: The easternmost groups of Southern Alps are running predominantly in the east-west direction (certainly Julian Alps and Karawanks), while Dinarides are running in the northwest-southeast direction.

The dilemma where do the Dinarides end and Alps start is the biggest in the northwesternmost part of Dinarides. While the plateaus of Banjščice and Trnovski gozd are clearly belonging to the Dinarides, the limestone mountain of Sabotin, rising on the other side of Soča valley could be both. As it is in a way prolongation of the ridge of Korada and Kolovrat, let's put it into the foothills of Julian Alps. Italian authors are speaking about the Prealpi Giulie.

The rest of the border between Julian Alps and Dinarides is clear. From Most na Soči it runs by the valley of Idrijca river - that's the so-called Idrija geological fault. But northeast of it, it's not Julian Alps, but Julian Alps Foothills. From the southern edge of Ljubljana basin, the border further goes by the line towards Novo mesto and Zagreb. North-northeast of this line there is the hilly area of Zasavje (the hills/mountains around Sava river). 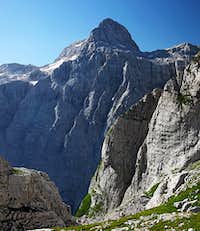 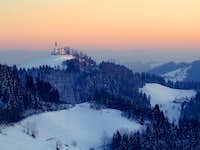 Julian Alps Foothills
With this nice mountain group we already resolved all bordering dilemmas. On the northern, later northeastern side it is bordered by the valley of Sava river (running by the geological Sava fault). But the hilly groups of Cerkno, Škofja Loka and Polhov Gradec are rarely attributed to Julian Alps. They speak about them as a part of hills of Central Slovenia, but it is quite clear that actually they are the foothills of Julian Alps. 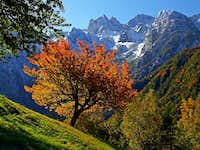 Kamnik and Savinja Alps
The core (high alpine) part of this group is also clear and it differentiates from the Karawanks by its geology. Schollars say these mountains and Julian Alps were once positioned closer together, but now they are drifting apart and in between the big basin of Ljubljana is being formed. Detailed border between Karawanks and Kamnik and Savinja Alps is described on the relevant SP pages. But only till the towns of Šoštanj and Velenje, where the high areas of both groups end.

Zasavje hills
This is a big hilly/mountaineous area which is almost never referred as a part of Kamnik and Savinja Alps - or as a foothills of that group. It lies south of Tuhinjska dolina (valley) and Celjska kotlina (basin) and was named by the Sava river which cuts its way directly through the group. But this group is also never attributed to the Dinarides - righteously so, as its ridges are stretching predominantly in the west-east direction. So, another group of the hills of Central Slovenia, which due to its proximity to the higher group can be considered as foothills - in this case of Kamnik and Savinja Alps. The highest summit of this group is Kum, 1220 m. 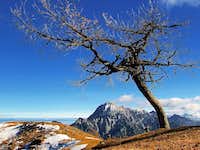 Karawanks
Not much needs to be said here about this long mountain ridge, its borders are described on its SP page. On the north, that's the valley of Drau/Drava river, on the south the valley of Sava river and the quite complicated border to the group of Kamnik and Savinja Alps. But, also Karawanks are having their foothill mountains... 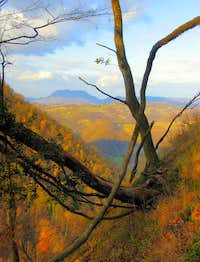 Karawanks Foothills
Looking on the Google terrain map, we clearly see how the high part of Karawanks is continuing after the summit of Uršlja gora towards the east-southeast. That stretch of lower mountains also schollars, who interpret the geography of Slovenia, attribute on one hand to the hills of Central Slovenia, and on the other hand as a continuation of Karawanks. These are: Paški Kozjak, Stenica, Konjiška gora, Boč, Rogaška gora, Ravna gora and mountains further on, all the way to Ivanščica on the Croatian territory. 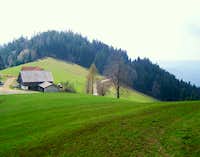 Pohorje
Finally, from the north into Slovenia a group of crystalline mountains is stretching. They belong to the central part of Eastern Alps. Let's call them "Central Crystalline Range of the Eastern Alps" (thank you, Szani, for inventing it!). So, the massifs of Strojna, Kobansko and Pohorje are made of metamorph rocks, like tonalite.

All the remaining elevations of the eastern Slovenia are only the hills, bordering the big Pannonian plane. They only rarely exceed the altitude of 400 meters.

All the high mountain groups have been described on distinct SP area pages:
The Foothills of Julian Alps is a subgroup page, already attached to the page of Julian Alps.
Zasavsko hribovje has not yet its own group page, nor have it the Karawanks Foothills.