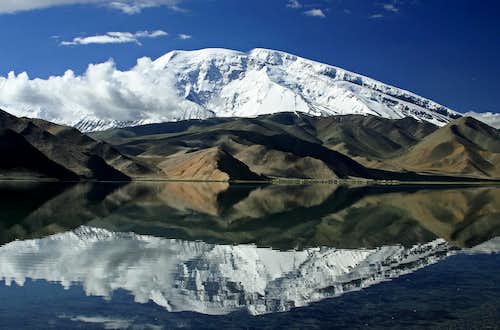 
"Easy" and popular
Muztagh Ata is one of the most popular 7000m peaks, probably only second to Pik Lenin in the neighbouring country Kyrgyzstan. There are many reasons for its popularity:

A ski descent of this peak is documented in the film "Skiing Everest" and a link might make a good addition to this page. http://www.imdb.com/title/tt1359029/

Thanks. I'll add the link to the page.

Thanks Miki. I have removed the link now as it seems like the page is gone.

Shame. It would have been nice to check out some pics of the East ridge.

In his trip report, cho_mik writes about "illegal walkie-talkies". Are they still / Why were they illegal on the mountain?

I don't know. The rules are changing there so quickly, but I don't think it's a problem regardless of the rules. No one checks.

More information about ascention to Mustagh-Ata Peak is available on this link: http://www.centralasia-travel.com/en/expeditions/muztag