Nanda Devi in the highest peak in the Indian Garhwal Himalaya. The mountain has two summits, the main summit at 7816m (25,643ft) and Nanda Devi East at 7434m (24,389ft). The mountain itself in surrounded by a number of peaks over 21,000ft, making it an extremely difficult mountain to access. This circle of peaks forms what is known as the Nanda Devi Sanctuary.

The first successful ascent of the main summit was by Tilman and Odell in 1936 via the south ridge. With the successful ascent, Nanda Devi became the highest mountain climbed by man until 1950 when Annapurna was climbed. In 1976, Americans James States, Lou Reichardt and John Roskelley climbed the main summit by a new route, the North Ridge. This expedition ended in tragedy when Nanda Devi Unsoeld (Willie Unsoeld's daughter who was named after the mountain) died near the main summit. A fantastic account of this expedition can be read in the book by John Roskelley, "Nanda Devi, the Tragic Expedition".

In the mid 1960's, it is reported that the CIA during an expedition put a monitoring device on the main summit to monitor nuclear activity in Tibet/China. It was supposedly lost in an avalance. Article on this The mountain was closed by the government shortly after and then re-opened in 1974. In 1983 the area was closed for environmental reasons. The mountain remains closed to this day.

There are very few ascents of this beautiful mountain, and in time we may see the Sanctuary reopen and new attemps being made. 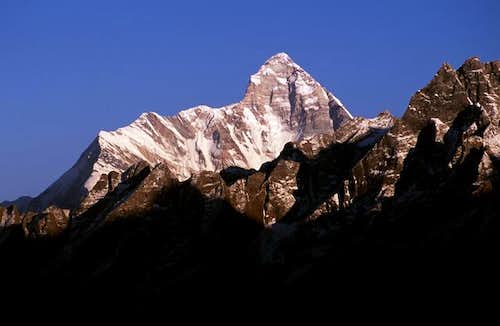 Peaks of the Nanda Devi Sanctuary 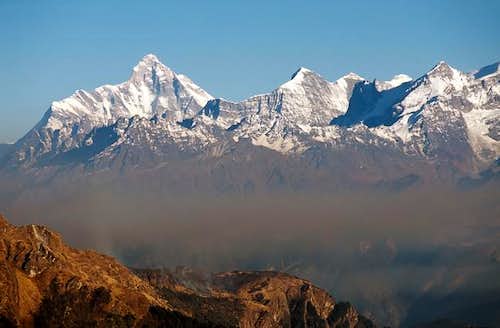 The Sanctuary is closed to all visitors, but the peaks on the outer rim of the Sanctuary can be climbed from outside the Sanctuary. This would allow for an attempt on the Nanda Devi East from the east or any of the other mountains forming the ring from the outside. The main summit is off limits currently because it falls inside the ring. 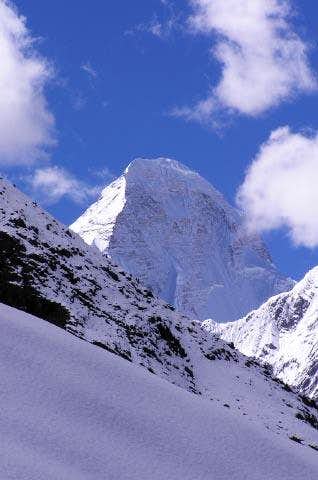 The mountain (Main Summit) is currently closed to all visitors. To climb any peaks in the Sanctuary, you must get permission from the Mountaineering Foundation in India. There are fees based on the height of the mountain you wish to climb, and a government liasion must be on your team. Additional fees will be assessed for environmental protection.

The Indian Mountaineering Foundation can be contacted at Benito Juarez Road, New Deli.

May - June or September - October.

Nanda Devi is a full expedition style climb. Gear appropriate to this type of climbing is necessary.

US State Department Information on Travel to India

Shouldn't Lat/Lon rather be

"The first attempt to traverse the ridge between the main summit and Nanda Devi East resulted in the death of two members of a French expedition in 1951. Team leader Roger Duplat and Gilbert Vignes disappeared on the ridge somewhere below the main summit. Tenzing Norgay was in a support team on this expedition; he and Louis Dubost climbed Nanda Devi East to look for the missing pair. Some years later Tenzing was asked what was the most difficult climb he ever did, expecting him to say Mount Everest; he surprised his interlocutors by saying Nanda Devi East."