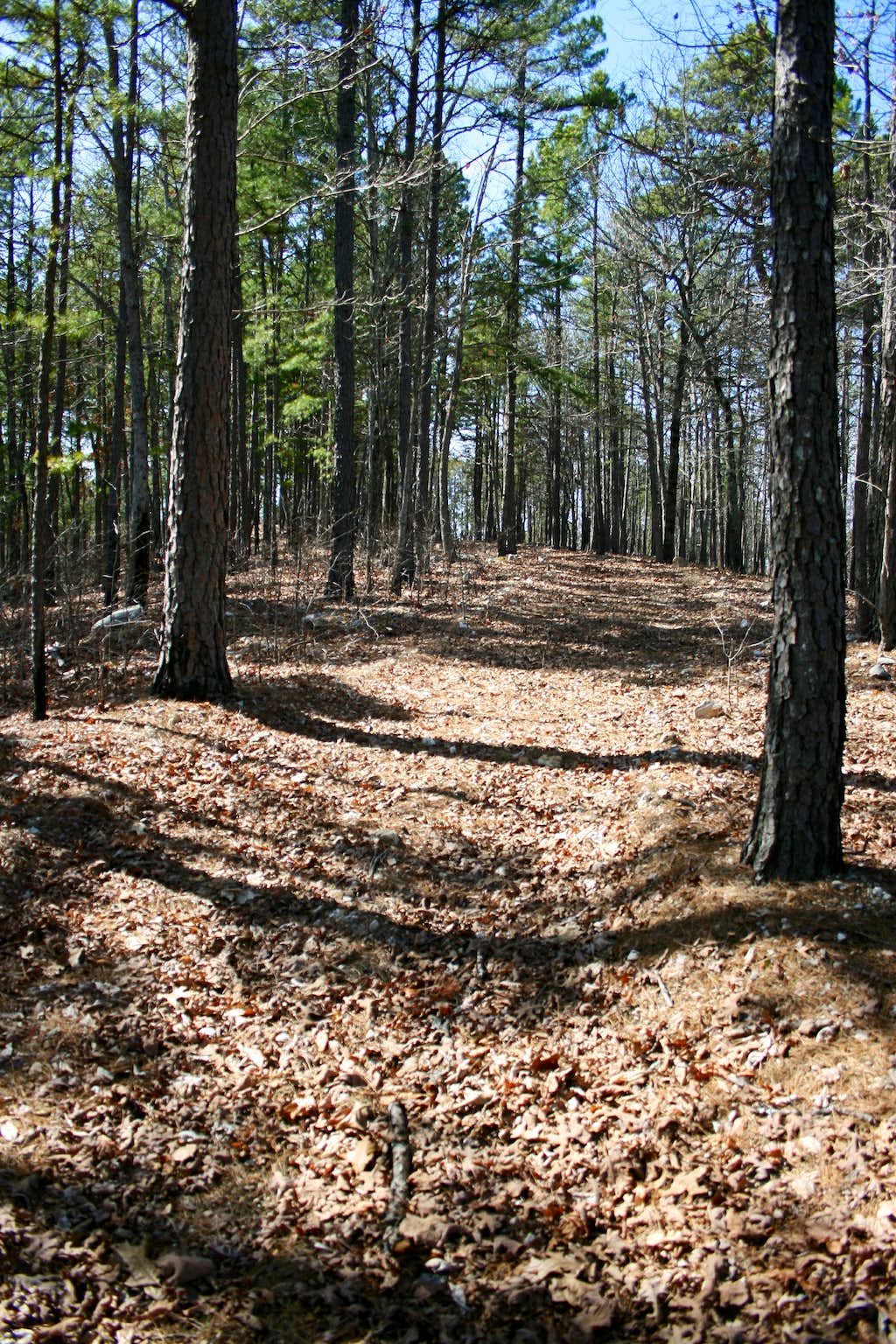 There are a lot of unmarked two-tracks in the Ozarks that don't show up on USGS maps, or on other maps I've seen for that matter. This one, on the the Stegall Mountain summit ridge, is pretty typical. ATVs are allowed in much of the region, though I've never seen them on or near the Ozark Trail. I suspect tracks like these are used in deer season but not much at other times. March 2010.
« PREV NEXT »