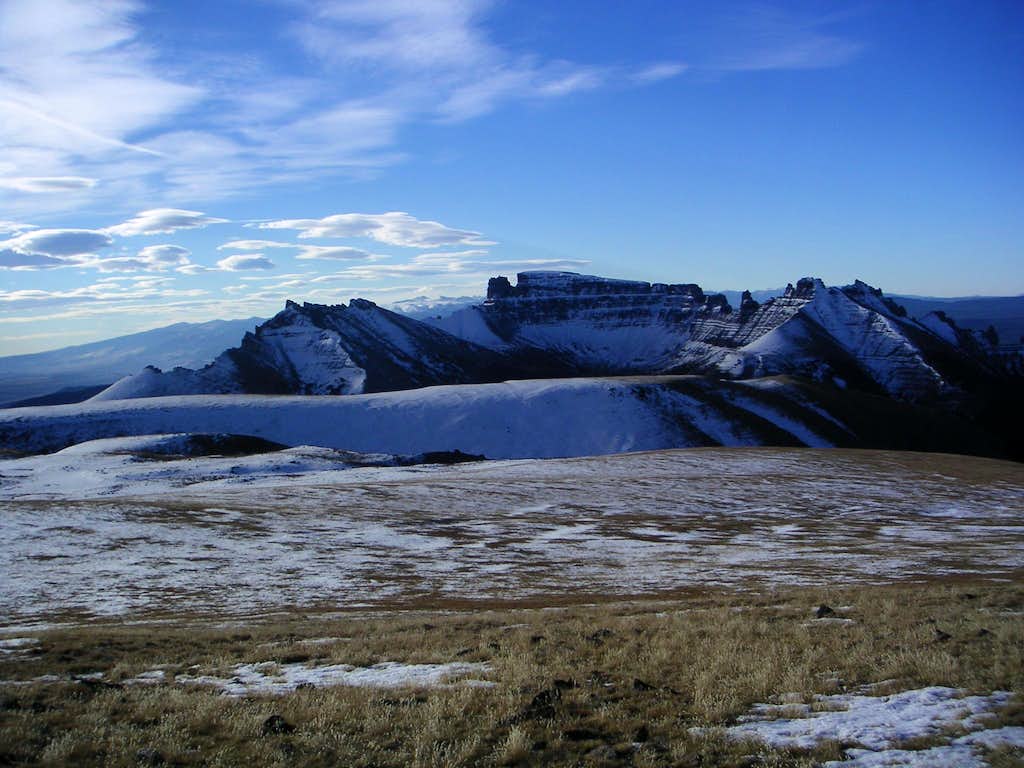 The Wind River Range shines beyond Jules Bowl and the Pinnacle Buttes. Looking southwest from the Continental Divide.
« PREV NEXT »

That's a great shot, and it carries meaning for me, too. I was in the same spot back in 2001, traversing along the Divide from Bonneville Pass and down cross-country to Upper Brooks Lake, where I was camped. The solitary views of the Winds and the Tetons were incredibly rewarding, and the expanse of the Teton Wilderness all around made the area so wild. I have often wondered how many others ever wander up where I did that day. Now I know there's at least one other. It's a great secret to find in an area where crowds can become so oppressive.