Rae Lakes Loop begins at Roads End in Kings Canyon National Park.  The loop covers 46 miles on well established trail, begins at an elevation of 5035 feet and peaks at an elevation of 11,978 at Glen Pass. The hike gets its name from the Rae Lakes region which is the approximate midpoint of this hike.  Although a clockwise progression on the loop appears to be more popular, it can also be hiked in a counterclockwise progression.  The National Park Service has this to say about this hike:  “The Rae Lakes Loop is one of the most popular hikes in Sequoia and Kings Canyon, if not in the entire Sierra.”  A typical time for completing this hike is 4-5 days, although some people rush it through in 3. 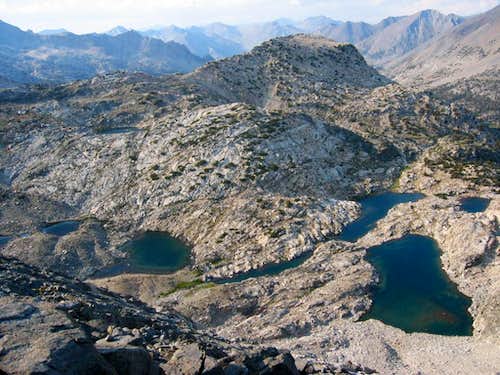 The hike begins at Roads End which is where CA-180 ends in Kings Canyon National Park. CA-180 can be accessed from Fresno, which is probably the most direct route.  CA-180 can also be accessed from Visalia by either using CA-245 or CA-98 to eventually join up with CA-180.  The road to Roads End is only open the summer.

This hike has a variety of things to see.  Whether you go clockwise or counterclockwise, you will first begin on a level patch of roughly two miles that leads out from Road's End and then you will either begin a northerly route leg up through Paradise Valley or continue heading on an easterly route leg along Bubbs Creek.  Each of these route legs has a relatively slow but steady elevation gain.  The northerly route leg connects up with another route leg that proceeds in an easterly direction until it crosses Woods Creek where it then joins a fourth route leg that proceeds in a southerly direction until it joins up with the route leg proceeding along Bubbs Creek.  Thus, after the initial first two miles, the trail has four route legs, of approximately similar lengths, that proceed in defined directions along easy to follow trail.  There is only one pass in this hike, Glen Pass, so everything after Glen Pass, in either direction, is roughly downhill until Road's End.  This makes planning of campsites relative to Glen Pass, whichever direction, the key to daily segments.  Rae Lakes is north of Glen Pass, and definitely a nice place to camp.  Campsites along Paradise Valley are restricted by National Park regulations. The segment from Woods Creek crossing to Vidette Meadow is very scenic with a number of lakes, including Rae Lakes and Charlotte Lake, and it includes Glen Pass; this segment also includes a portion of the John Muir Trail and the Pacific Coast Trail and can be the starting point for a number of interesting side excursions from the Rae Lakes Loop.  Also, Mount Clarence King is circumnavigated by this route. 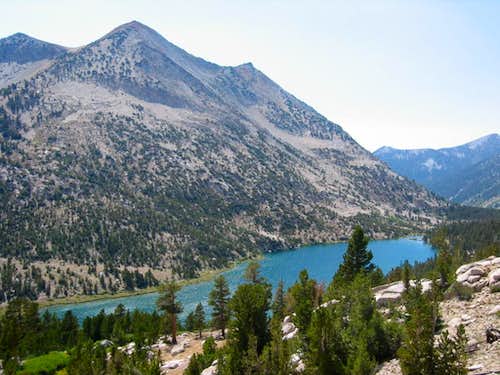 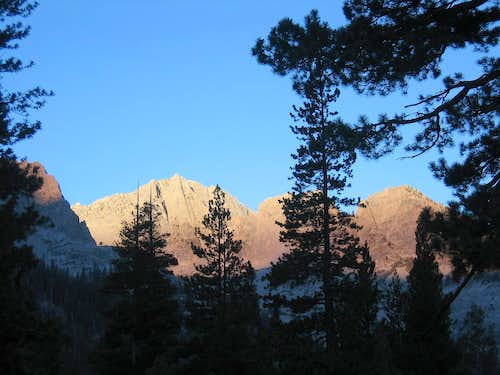 This picture was taken from the campsite at Woods Creek Crossing at dusk. 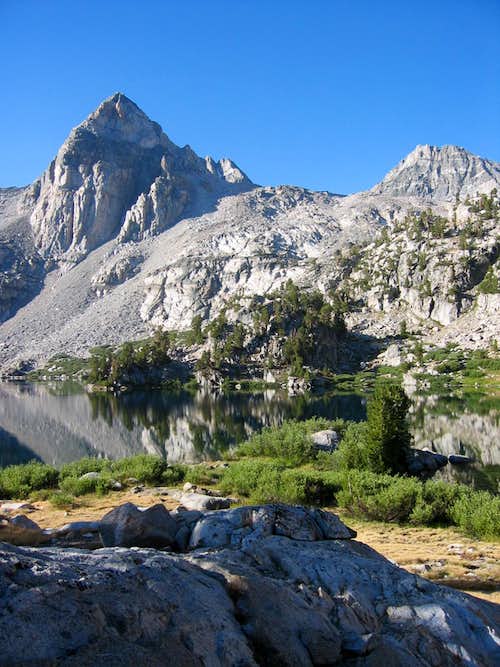 The prominent mountain in the left of this picture is Painted Lady. The picture is taken from Rae Lakes. 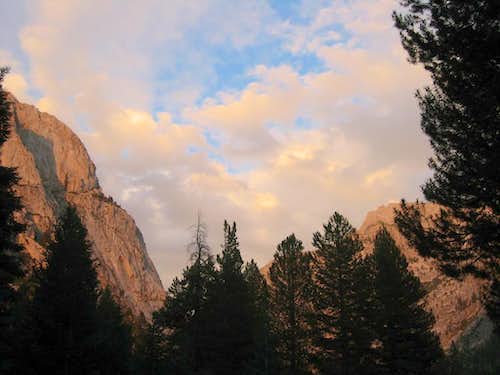 Bear cannisters are required on this route, and for good reason.  Bears are very active, and often encountered. 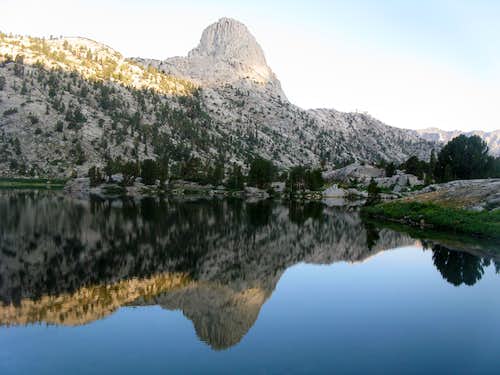 The following table contains distances for this loop quoted from the National Park Service: 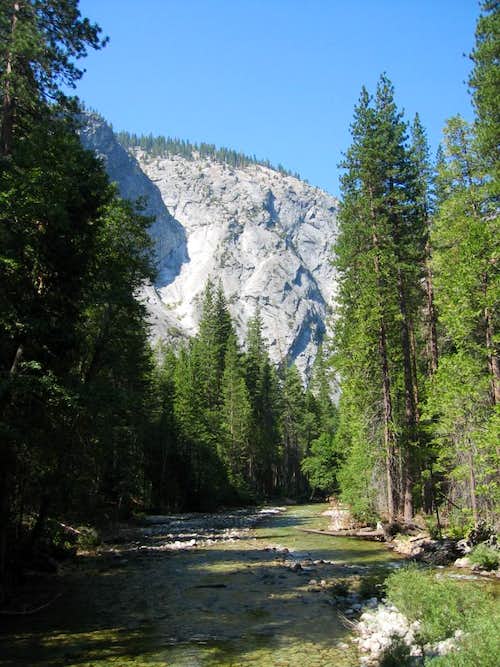 This picture is taken on the Rae Lakes Loop, going counterclockwise, early on the Bubbs Creek trail. 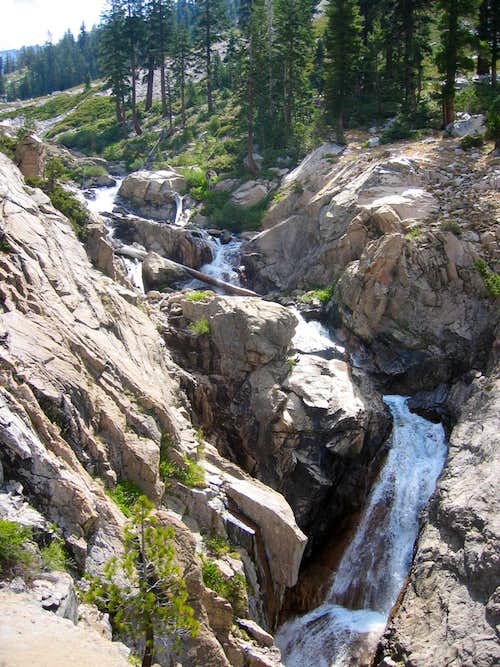 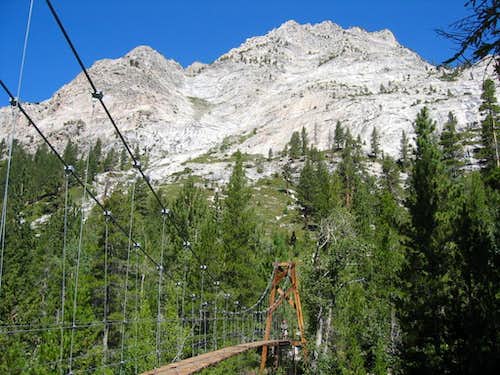 This picture is looking south across the Woods Creek Crossing

The following topo shows the trail for this loop hike: 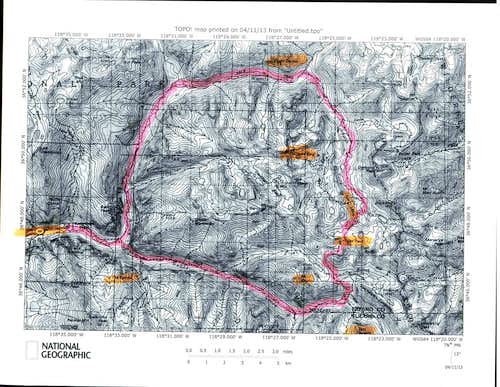 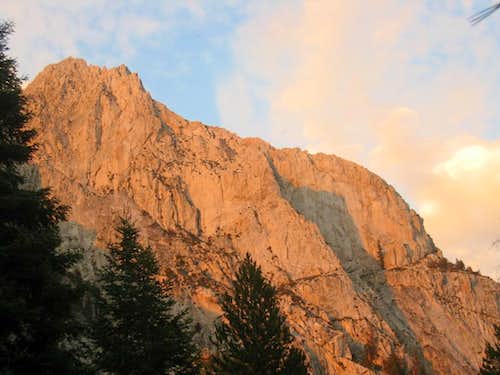 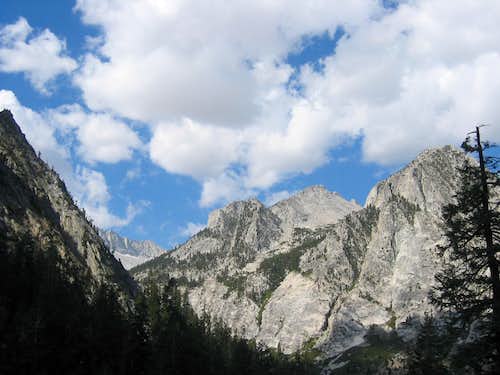 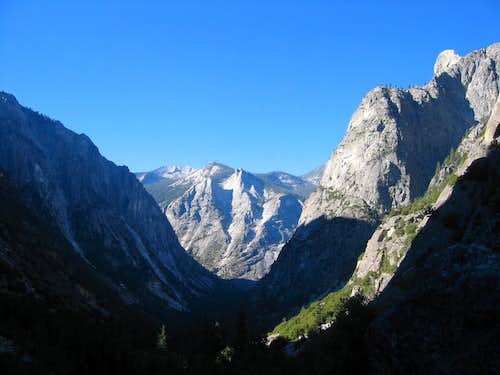 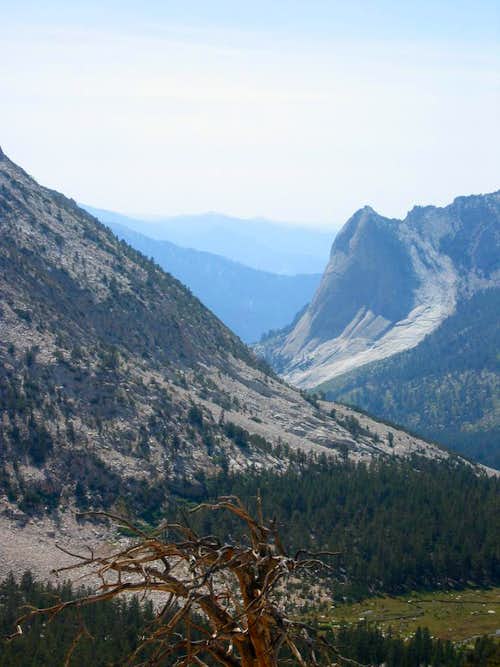 This picture is taken along the Rae Lakes Loop between Glen Pass and Charlotte Lake, looking back toward the trail when traveling on a counterclockwise route 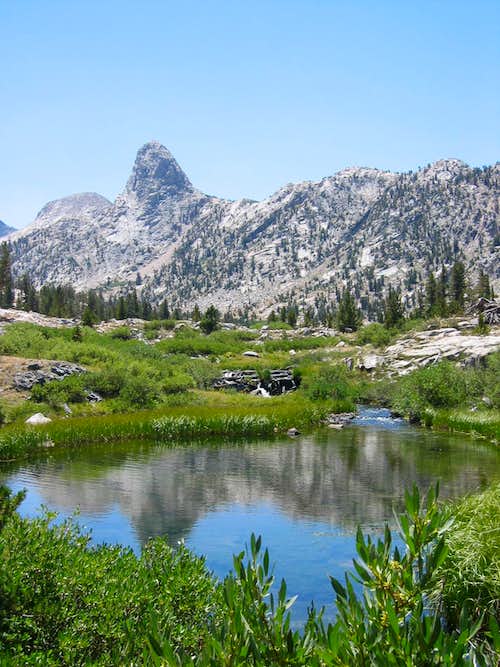 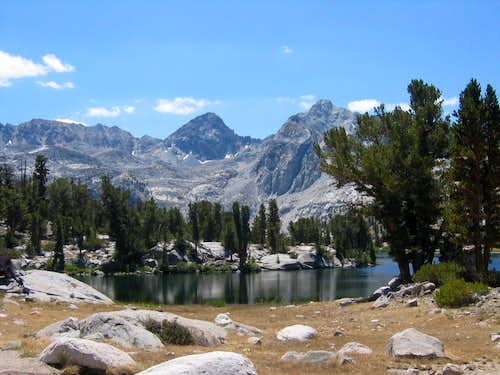 The ten essentials, backpacking gear for a multi-day trip and a bear canister for food.

The following information is obtained from the National Park Service website regarding this hike:

Wilderness permits for the Rae Lakes Loop are issued at the Roads End station, 5.5 miles beyond Cedar Grove. Even if you have a reservation, you must still check in and pick up your permit prior to starting your trip.

Because this is such a popular hike, there are certain restrictions along this trail:

Camping in Paradise Valley is permitted only in designated campsites. If no sites are available, you will have to move on to the next area.

Camping in Paradise Valley is limited to two nights.

Camping at Rae Lakes is limited to two nights per lake.

Camping at Charlotte Lake is limited to two nights.

Bullfrog Lake, east of the trail between Vidette Meadow and Glen Pass, is closed to all camping, grazing and stock travel.

There is a two night camping limit at Kearsarge Lakes (east of Bullfrog).

Bears have been very active along this trail, and were successful at getting food that was hung in trees. Hikers are required to carry portable bear-resistant canisters which are available for sale or rent at several locations in the parks, or from US Forest Service offices located in Lone Pine and Bishop. This has proved very successful at preventing bears from accessing food. (The permanent metal food-storage boxes are for use by thru-hikers on the PCT and JMT only.)

http://www.nps.gov/seki/planyourvisit/rae-lakes-loop.htm Link to National Park Service for this hike.

Here is a report I wrote that describes my backpacking trip on the Rae Lakes Loops. I included a bunch of pictures, maps, and other info. It would be a nice addition to the External Links section. Here it is: https://backpackersreview.wordpress.com/trip-reports/rae-lakes-loop/