Jutting into the cobalt waters of Lake Superior, a billion year old cape of red rock known as Shovel Point is one of the highlights of Minnesota's Tettegouche State Park.  A wonderful and stunning hike that a child can enjoy, it is also home to dozens of climbing routes up its sheer sides. 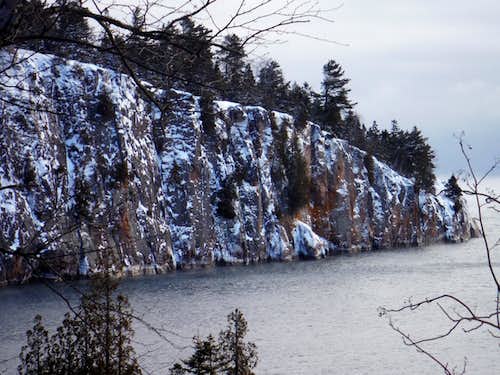 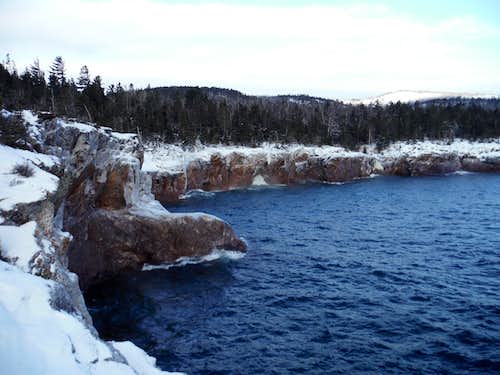 Shovel Point, East Side
Frankly, I am in no position to comment on any technical climbing routes.  But I became enamored of this beautiful place when I stopped here on the way back from a snowshoe weekend in the Sawtooth Mountains.  I create this page as a 'header' in the hope that the climbers that know the routes will attach them to this page.

Shovel Point is a part of beautiful Tettegouche State Park on the North Shore of Lake Superior.  Turn into the large new Visitor's center at mile marker 58.5 on Minnesota State route 61.  The trailhead is in back of the visitor center on the east side.

The trail out to the end of the cape is a series of stairs and railed viewpoints familiar to all American state parks.  Take the trail along the west side of the cape and loop around the point and the east side.  The views are incredible for the little effort involved (1.3 miles roundtrip, perhaps 200 feet elevation gain). 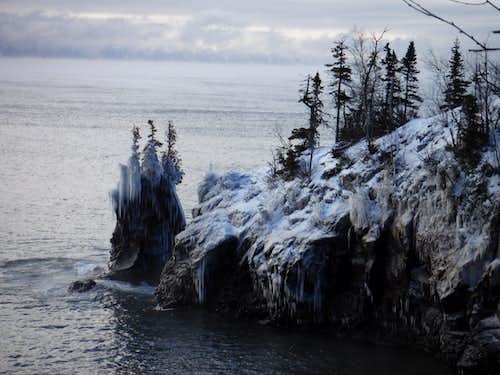 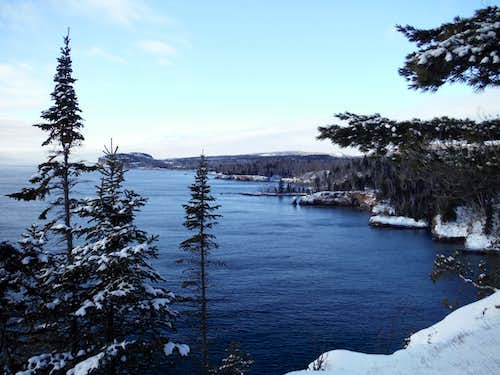 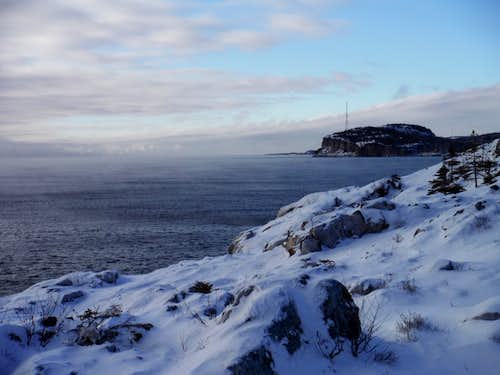 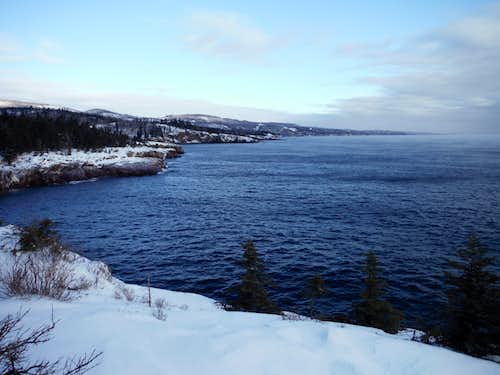 View East from Shovel Point, with the Sawtooth Mountains on the Horizon
The reddish brown rocks of shovel point (and much of the North Shore in this area) are rhyolitic extrusions from a billion years ago.
All Season Map of Park: Tettegouche Map
Tettegoche also contains Mt. Trudee, a section of the Superior Hiking Trail and beautiful and grand waterfalls.
As a destination I am sure tourist traffic is heavy in the summer - so pick your times wisely (weekdays, early or late in the day).  I am told that even the climbing routes can get crowded.

Vehicle passes are $5, Annual Minnesota Dept of Natural resources pass is $25 (resident and non-resident).  I recommend the annual pass because of the string of incredible parks along the shore that you will want to sample if you are in the area.

Lots of great camping options in the park: Tettegouche Camping