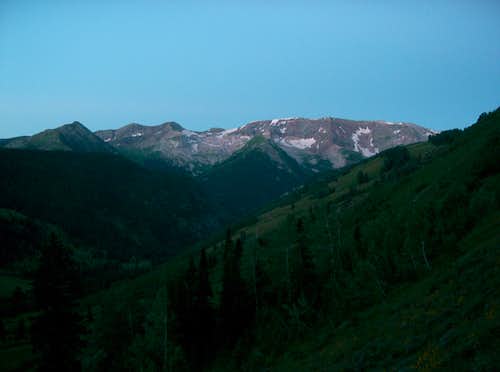 Treasure Mountain from Upper Lead King Basin
We continued up to Geneva Lake and saw many tents. From Geneva Lake we easily identified the trail leading to Little Gem Lake. I could see some early morning sun on Siberia Peak (13,420) from here. Siberia Peak is the 307th highest peak in Colorado. 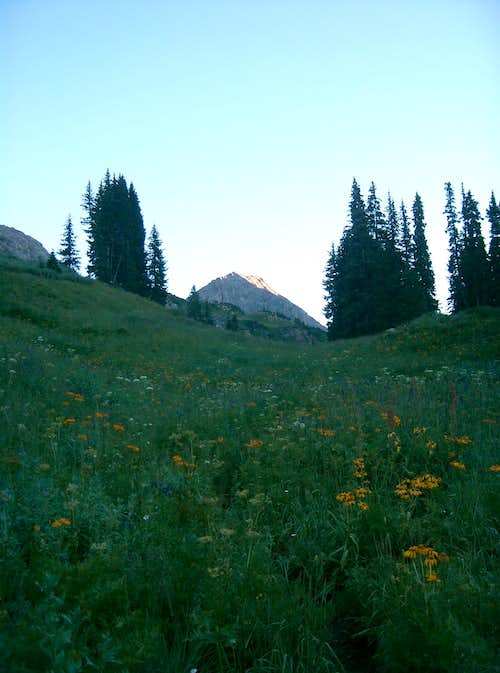 We climbed the first (most easterly) gully on the north side of the 'S' Ridge up to the ridge. This was loose, but manageable. Once we got to the ridge, the fun began. I stayed true to the ridge which involved some easy fifth class climbing in spots, but was mostly class 3. avs88fan stayed more climbers' left on the north side of the ridge where it appeared looser, but less technically demanding. We got to where the S turns and the climbing got more difficult. There were fewer options to avoid staying on the ridge. I enjoyed this and the exposure involved thoroughly. We could see people descending the West Face from Marble Route and others on the summit. About 200 feet below the summit, the climbing got easier. It took us 6 hours to reach the summit. The summit block was an exciting feature to climb and sit on. 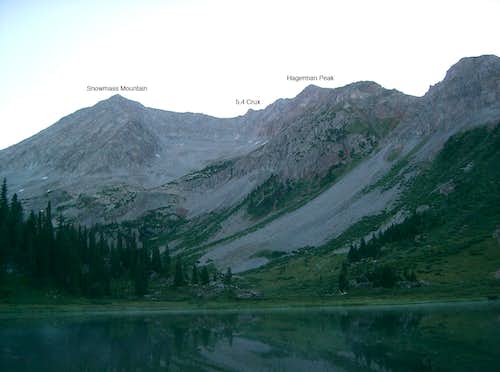 The West Face from Marble

We descended the West Face from Marble Route. The top was very steep and we traversed north and down initially, then continued straighter down when the pitch got less steep. We passed a couple ascending with a dog and another group of two from Vail. Finally at the base of the west face we passed a group of three, then continued up to Little Gem Lake and down to Geneva Lake and the trailhead. It took us 10 hours to reach the trailhead.