Solo Peakbagging in the Alps

Solo Peakbagging in the Alps

I was lucky enough to have work pay my way to Switzerland for a conference, and I tacked on a week of vacation for some climbing around Europe. Unfortunately the weather did not cooperate, and Europe had one of their worst springs in a long time, with low snow levels, most routes out of season and constant rain. But since trip reports on US sites can be a little harder to come by, I thought I would share my experiences (and failures) anyways. 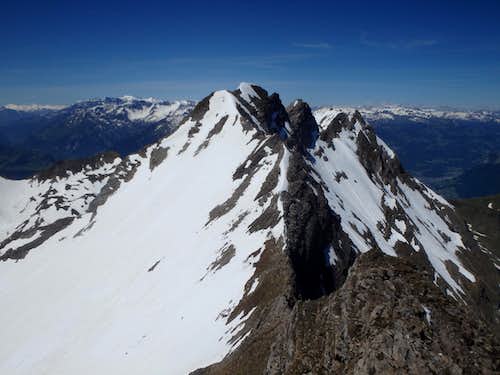 The highest summit in Lichtenstein is notoriously difficult despite it's relatively short height thanks to a rotten class IV ridgeline. I found that ridgeline buried in snow, and unfortunately was only able to summit Hinter-Grauspitz (second highest in Lichtenstein) before backing off.
Complete Report: Hinter Grauspitz 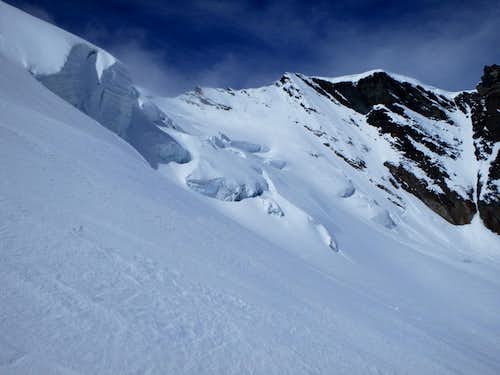 Allalinhorn above Saas-Fee is in the running for one of the easiest 4000 meter summits in the Alps. Unfortunately, I attempted the mountain the day after the high lifts opened for the season, and immediately after a big storm. The crevasses were mostly hidden, and climbing through them would have been a game of Russian Roulette. I turned back 100 meters below the saddle near the start of the larger crevasses.
Complete Report: Failed attempt on Allalinhorn 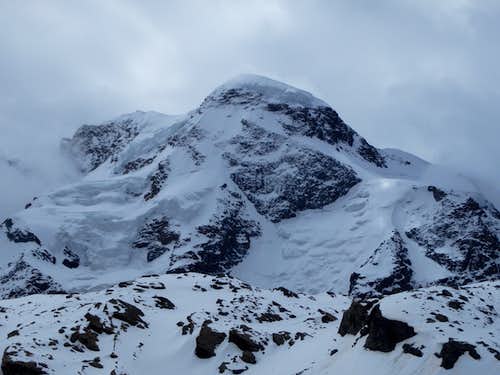 Climbing West and Middle Breithorn (again, two of the easiest in the Alps) were my only major successes of the trip. Parties were turning back from climbs that would normally be easy in late June such a Castor and Roccia Nerra from deep snow and the Breithorn was one of the only peaks in season thanks to nearby lift. I was able to traverse to the middle summit by dropping down the south face, as the ridgeline still had some monster cornices.
Complete Report: Breithorn

Rained out in France 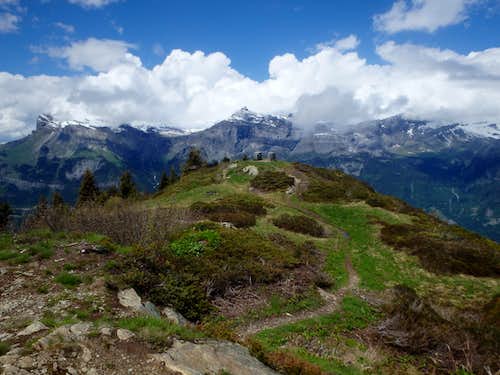 The trip was supposed to culminate with a summit attempt on Mont Blanc. Unfortunately with the weather, all guides were cancelling their trips due to high avalanche danger on all the major peaks above Chamonix. Even my attempt on the relatively easy Mont Buet had to be abandoned due to zero visibility, and I settled for two small summits at the far end of the Mont Blanc Massif. 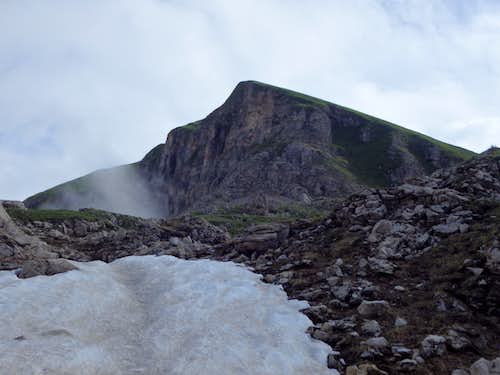 The last day of the trip I was back in Switzerland and with active storms in the area I again needed to set my sights on lower altitude. I hiked up Le Grammont above Lake Geneva which I would certainly recommend under more optimal conditions as a good warmup for anyone just arriving to the Alps.
Complete Report: Le Grammont