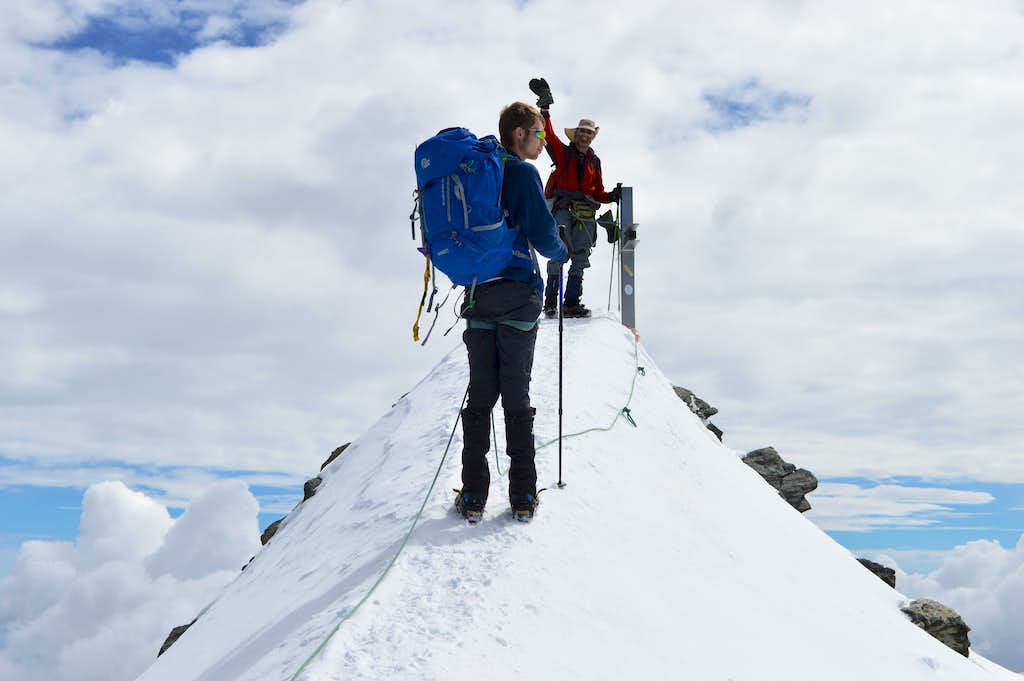 Keith and rgg arrive at Strahlhorn summit, at around 1pm on 7th September 2014.
« PREV NEXT »

Congrats to all of you! Must be nice Climbing 4000 meter peaks in September, I guess it's much more quiet and peaceful compared to july/august?
Cheers!

Thanks a lot Lodewijk... yes it is a lot quieter - not least since I think the climbing seasons are getting shorter and less chance of making successful ascents, than I recall from 1980's. This year, a poor season overall I think we were very lucky... all the snowfall over the early and middle part of the season meant that glaciers etc were more passable than usual and so with the fine spell of weather we got between 6th-11th September we had very good conditions on the routes we climbed. As for 2012 and a couple of other years in last decade, it was a different story in September.