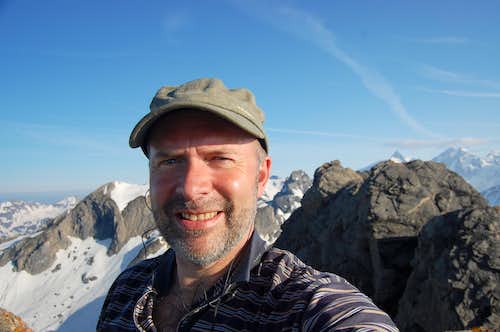 People who climb the same things as markhallam

I've had a love of mountains spanning over 30 years: walks & scrambles in the UK in 1970's, climbing expeditions to the European Alps & Himalayas in the 1980's, paragliding in Europe, NZ & Australia in 1990's.

I got back to climbing in 2000's: took my wife Leila up Mont Blanc on honeymoon. I went on to a few solo alpine ascents, including my 5th ascent of Mont Blanc in 2009, leading up to February 2011, when I realised a dream and made a solo ascent of Aconcagua from the Vacas/Relinquos side, also fundraising for the Hepatitis C Trust.

Since then I have had had 3 alpine trips with rgg a.k.a 'The Peak Monster' highlights of which were 7/8 Mont Rosa summits and a 6th ascent of Mont Blanc with bivvy on the summit (in a thunderstorm!) - see Alps International Expedition 2013 below.

I have also had some memorable trips in UK, including a night in a snow-cave on top of Helvellyn, with son Andy, a return to same mountain with all 3 of my children plus granddaughter (aged 1)- and a 3 day expedition in Scotland in foul weather with Jake the dog...

In September 2014 I returned to the Alps again, with son Keith - and we climbed 2 Wallis 4000ers with rgg before climbing another 2 from my wish list Castor & Pollux - see Alps International Expedition 2014 below.

2015: Arctic Finland with Leila in February (see TR "Arctic Finland 2015...), various trips to the Lake District including a week in July with my son Andy and his little family.

2016: I returned to the Andes in February, with old climbing partner from 1980's Jon - to climb as many peaks as we could in the Cordon Del Plata group. We had a fantastic trip, reaching 9 summits between 3000 and 6000m. Highlights were climbing San Bernardo 4142m with Indio the dog, climbing Rincon 5364m and traversing both summits of Plata; Pico at 5827m and Cerro 5962m. The mountains were wonderful, but so too were the people (and dogs) we met. I have posted a movie on Vimeo and have linked this to the end of a trip report I have posted on SP "Cordon del Plata Expedition 2016" - see below.

2017: UK based - winter mountaineering (with Jon again) in Glen Affric area, Scottish Highlands and back there in summer with the goal of swimming Loch Affric.

2018: In February tentative plans to return to the Andes (with Jon again) to climb Marmolejo 6108m, southernmost six thousander (and also twenty thousander)...

Create your own travel map - TravBuddy

See all of my 1972 Images:
Highest Score
Most Recent 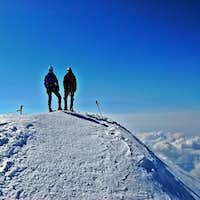 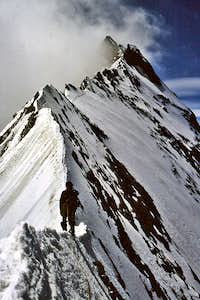 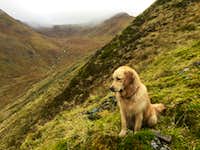 Mamore range - the most eastern Mamore 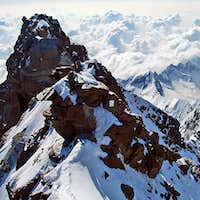 Castor & Pollux from the Gornergrat 2013