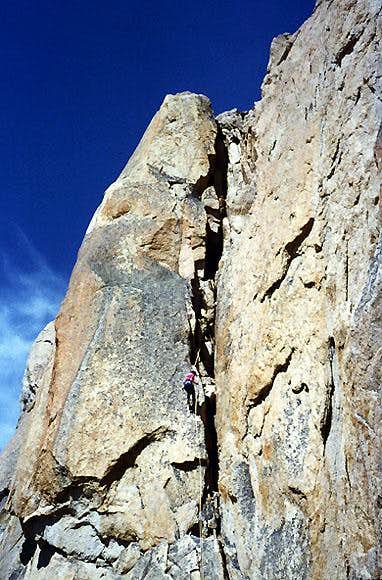 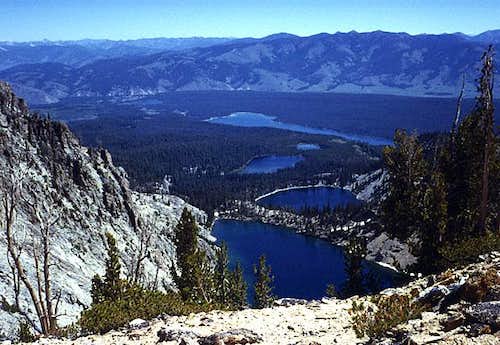 The Stur Chimney is the classic route on the peak and is located toward the north end of the west face. It is approached from the saddle between the West Summit and the West Pinnacle which can be reached from either the Bench Lakes or the Red Fish Lake Creek Trail. There are two pitches in a classic chimney with overhanging chock stones. It ends almost directly at the summit. Louis Stur, Jerry Fuller and Jim Ball made the first ascent on 1 October 1958. 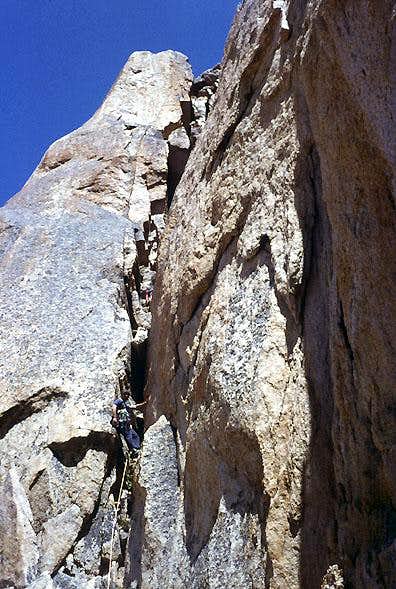 Access to the mountain starts from Red Fish Lake, which is 12 miles easterly from Stanley off Highway 75. The Stur Chimney can be approached via either the Bench Lake Trail or the Redfish Lake Creek Trail. The Bench Lake approach is the recommended approach. The Bench Lake Trail leaves directly from the parking area provided for backpackers at Redfish Lake. It is about 4.5 miles to the first of the Bench Lakes, then about 1.5 miles of rough trail to the highest of the Bench Lakes. From the upper Bench Lake, climb to the saddle above and cross below the west face to the saddle between the West Summit and the West Pinnacle. From this saddle one can see the Stur Chimney to the north. Scramble to the large ledge on the west face that leads to the base of the chimney and follow it there. 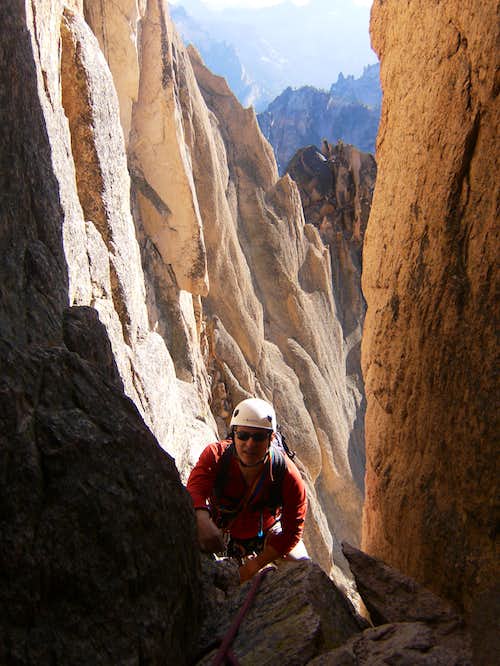 The first pitch of the chimney is about 40 feet and ends in an obvious alcove with a belay station. From here, climb around the roof via moves on the west face and back into the chimney above the roof. From this point, there are two choices: 1) continue directly up the chimney over a large chockstone or 2) climb around the chockstone on the climber's right. From the top of the chimney, it is about 30 feet of easy climbing to the summit. A note on the rating of the Stur Chimney: Tom Lopez rates the route as Grade II, 5.2 in his guidebook. An older guide (by Stur??) rated it Grade II, F5 (F5 is 5.3 to 5.4). The Sawtooth Guides rate it 5.7. I personally found it to be on the easy side of mid 5th class, not as easy as 5.2, but certainly not as hard as 5.6, hence my rating of about 5.4. Air photo showing location of Stur Chimney: Idaho Climbing Guide 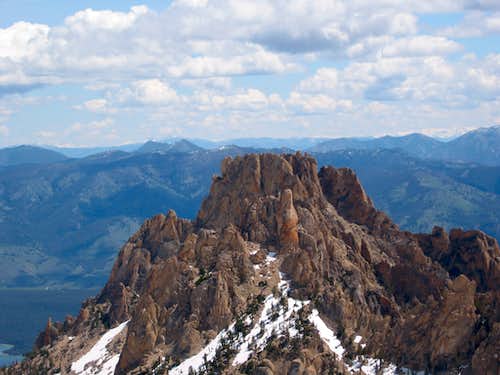 From the west - Stur Chimney Obvious 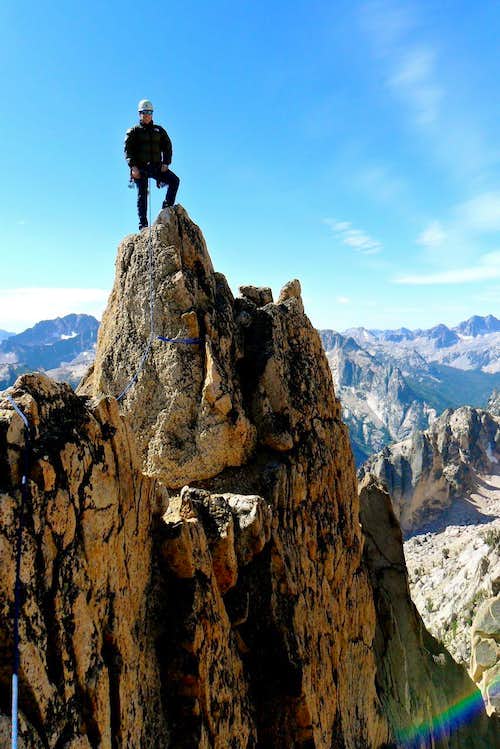 A small rack and single 50 m rope are sufficient.