The new Tracuit Hut (completed in 2013) and Les Diablons 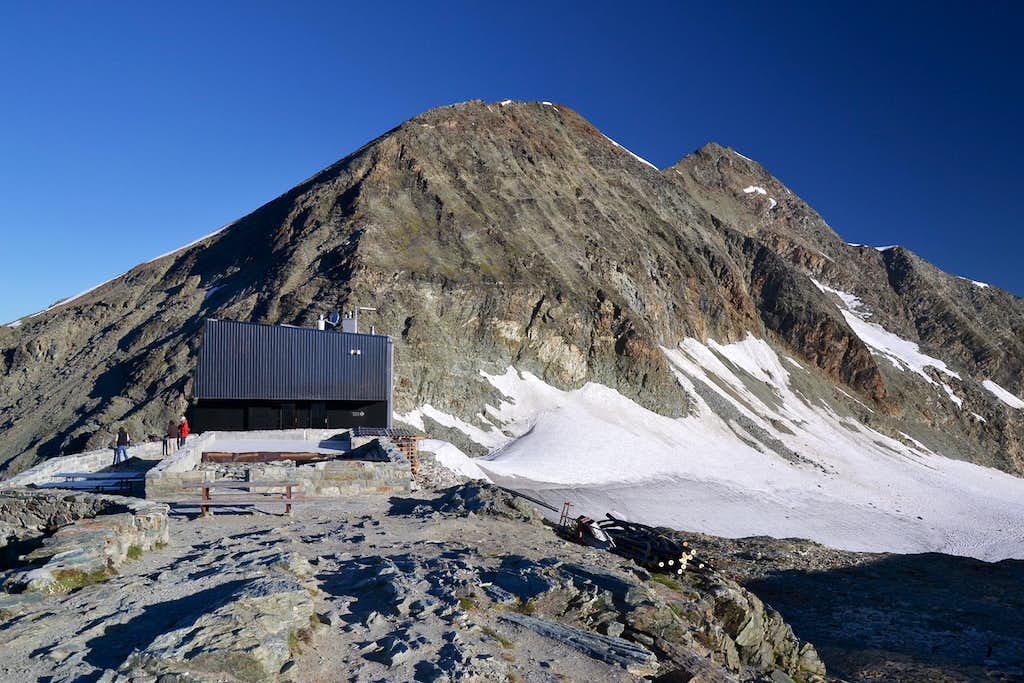 The old Tracuit hut, by 2011, had deteriorated to such an extent that it was often named "the worst hut in the entire Swiss Alps". In 2012 an initiative was launched, the old hut was torn down - all that remains of it are some fundaments - and a new and modernized hut was built in it's place. Completion was this year, 2013.
« PREV NEXT »