The Path of Peace

The Path of Peace on the Monte Brione 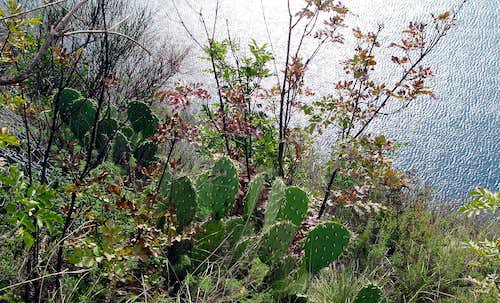 Since 1852, the General Staff of the Austro-Hungarian Empire began to erect Fortifications guarding the northern shore of Lake Garda: Mount Brione is at the heart of this system of fortifications. Near the lake was built in 1860-62 the Forte S. Nicolò then near the top of the mountain was built Forte S. Alessandro in 1881. The Batteria di Mezzo on the ridge of the mountain, was completed in 1900.The last fort, the most modern, is the Forte Garda which was completed in 1907. In addition, you can still see the remains of trenches, observers,and military roads. The route starts from the port S. Nicolò in Riva del Garda and continue along the path of Peace ( sentiero della Pace) until Forte Garda and the Batteria di Mezzo. Continuing north towards the top you reach the ruins of Forte S. Alessandro

the fastest route is the motorway A22 (Modena - Brennero): till Rovereto Sud - Lago di Garda Nord only 17 km to Riva del Garda
coming from N you can leave the motorway at Trento Centro and follow the SS 45b (about 40 km) to Riva del Garda
from Brescia, along the SS 45 bis (Gardesana Occidentale) - 80 km : between Gargnano and Riva the road is a little narrow.
from Brescia, along the SS 449 (Gardesana Orientale) wider and faster but in summer months very crowded. 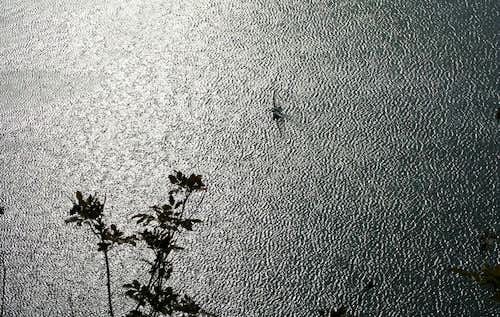 The Path of Peace
by plane, nearest airports

The tour to Mount Brione begins near the Porto S. Nicolò in Riva del Garda, you can take the paved road or path that goes south along the ridge.

Forte Garda is a unique panoramic point, a real balcony overlooking the lake in an enviable position; Austrian fortification built between 1907 and 1909, is a real jewel of military architecture. 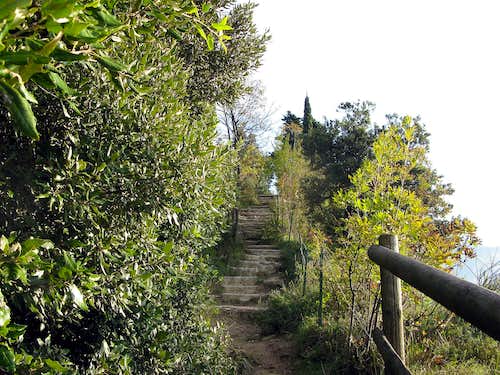 The Path of Peace