The Thumb is a large rocky pinnacle at Giants Castle in the Central KZN Drakensberg, South Africa. 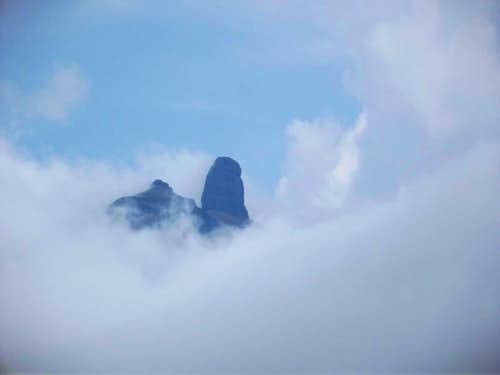 The Thumb as seen from Bannerman Ridge

There are potholes along either route, so be careful!

From Giants Castle offices, follow the Langalibalele Pass trail till you reach the Drakensberg escarpment. From here, follow the edge of the mountains, walking north for roughly 1km before reaching a breach in the summit cliffs. Drop to roughly 2950m and traverse along this ledge to the saddle between Thumb and the escarpment.

The climb requires two pitches of technical climbing, all on solid rock, but with limited protection (mostly medium sized cams). The lower pitch is obvious from the saddle, while the upper pitch is about 100m around the north face of the peak. 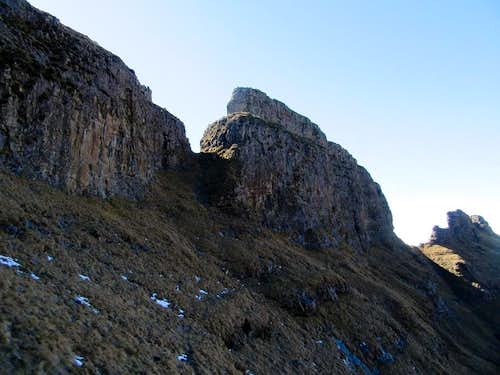 The Thumb as seen from the approach 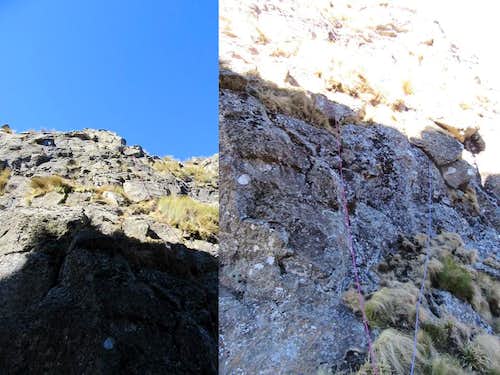 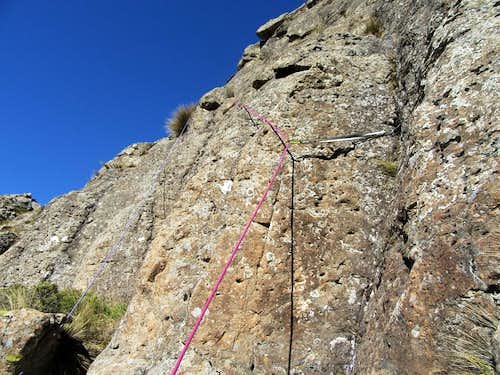 The top pitch of the climb 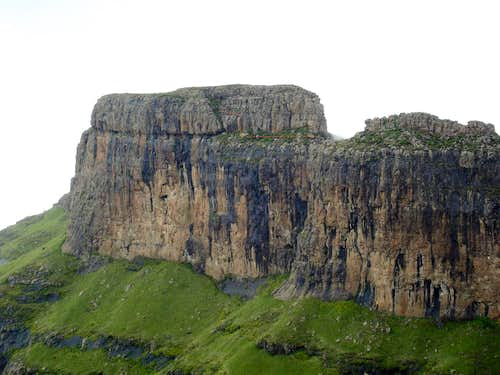 The Thumb as seen from the north. Bottom pitch not visible from this angle, but summit pitch marked in orange.

Acquire a hiking permit from the Giants Castle offices, currently R80 per person. Ensure that you also complete the mountain register.

Winter provides the most stable climbing weather, although it can be climbed year round.

Camping near the to the top of Langalibalele Pass is not advised due to historical security problems (although I have personally camped here many times without any issues). Camping in the park is permitted, and there is also Bannerman Cave and Thumb Cave relatively near the start of the climb.

Please attach it to its parent page

Re: Please attach it to its parent page

Done. I am new to this site, so bear with me!