Unfinished business on the Vertainspitze

Unfinished business on the Vertainspitze

The first time I visited the Ortler Group was back in 2010. We had big plans, but even before we got to the serious business we already got in trouble. On our second acclimatization day we planned to climb the Vertainspitze / Cima Vertana (3545m) and then descend to the Düsseldorfer Hütte (2721m) for the night. Starting in Sulden, at 1831 m, that meant a sizeable elevation gain, but we were in good shape and confident that we could manage. However, what we hadn't counted on was the amount of fresh, unconsolidated snow on our route. There was none of it in Sulden, but the snow started somewhere below 2400 m, and before long we were knee deep in powder. We kept plodding away but our progress was excruciatingly slow. Long story short, we didn't even get close to the summit and were back in Sulden at 2 am...

The weather forecast predicted a couple of fine days, and I was in the neighbourhood once more. And so I decided to climb the Vertainspitze and descend to the Düsseldorf Hütte by myself. Remembering our previous attempt, this time I opted to start by taking the Kanzel lift. With its summit station at 2348 m that shaves 500 m off the trip. This time I wouldn't be thwarted!

180° panorama looking down the Rosimferner, with the main ridge of the Ortler group in the background
And, sure enough, it proved to be a pretty easy hike this time. No fresh snow, only a bit of old stuff high up on the mountain (hard enough to need crampons on the steeper sections, but definitely easier than the PD- according to the route page on SP - but I must admit I may have deviated a bit from the route as described).

The next day I was up early, wanting to make the most of the day before the weather would turn. And so, as we had already planned to do four years ago, I climbed the Via Ferrata on the Tschenglser Hochwand / Croda di Cengles (3375m) and was back at the refuge by lunch time. After a fine meal, the weather was still holding up, and I made good use of that by bagging the Hoher Angelus / L'Angelo Grande (3521m). On the descent, a short drizzle announced the change of weather, but it stopped as soon as I had put on my rain gear and the sun even returned for a while. Only in the evening did the heavens truly opened. But by then I was back down in the valley. 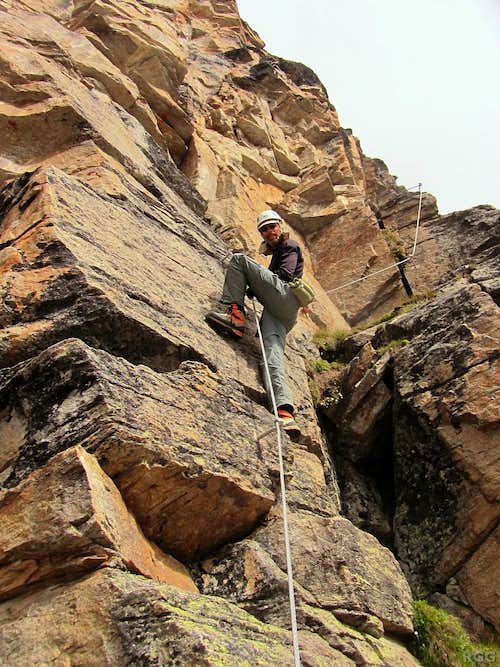 At the start of the Via Ferrata 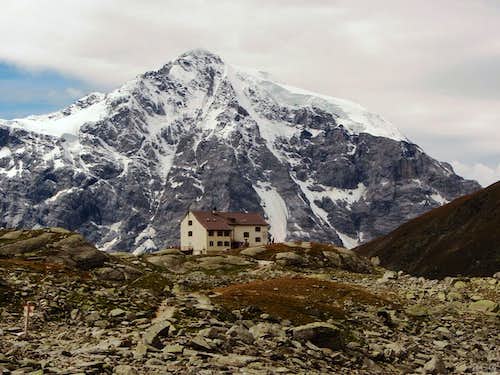 Deteriorating weather - the Düsseldorfer Hütte in front of the Ortler 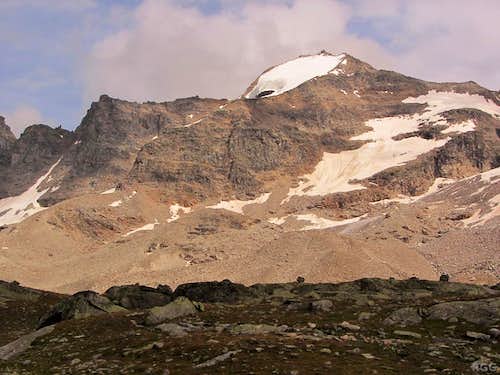 The sun has come out again on the Großer Angelus