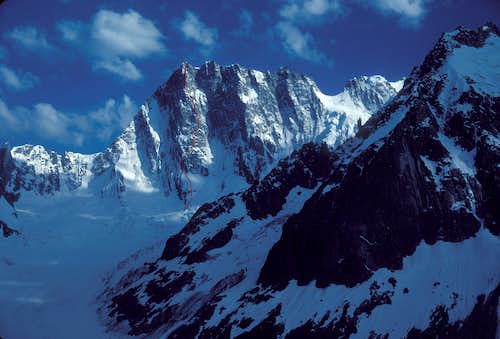 The North Face of the Grandes Jorasses and the Walker Spur route.

This classic route up the huge North Face of the Grandes Jorasses, finishing on the summit at Pointe Walker (4208m), is considered to be one of the finest in the Alps.

It was first climbed on the 4-6 August 1938 by R.Cassin, L.Esposito and U.Tizzoni and it is also known as the Cassin Route.

There are now many routes on the face, some of them among the hardest in the Alps, but the Walker Spur remains the most popular.

I climbed the route during my first season in the Alps in 1980. I don’t have many photos, so feel free to add more to the page. 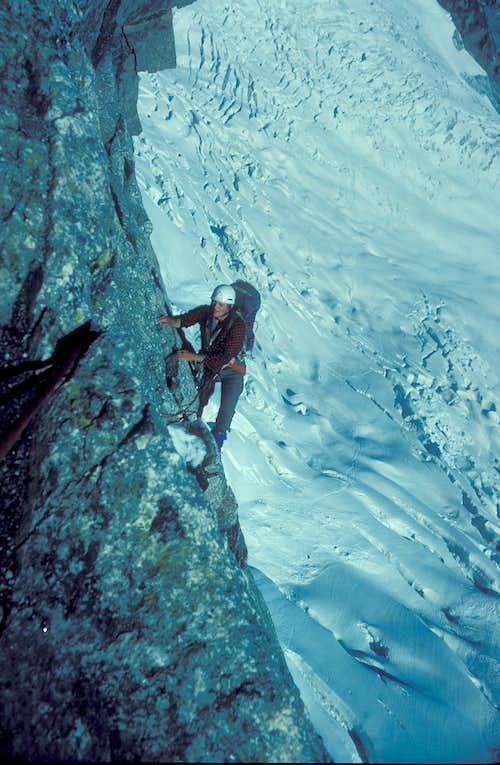 The route is in France in the Mont Blanc Massif. It is approached from Chamonix, a bustling resort about 1 hr 15 min by road from Geneva airport. 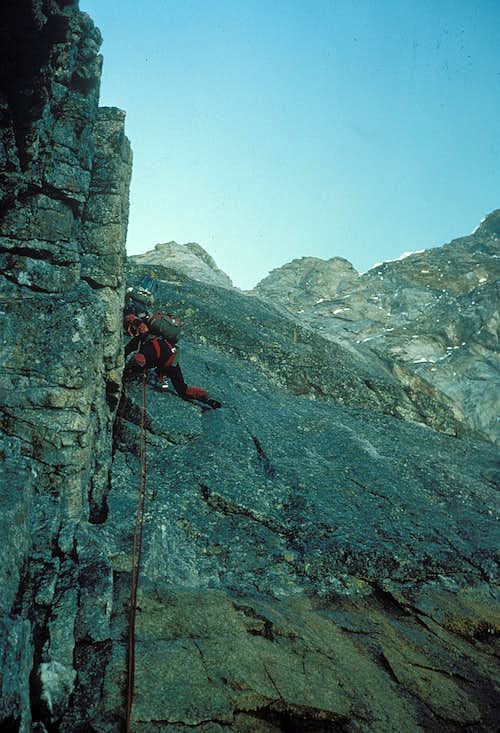 Pete Thompson on the Walker, August 1980.

The route is mostly on rock with some ice and mixed. The climbing is free on open faces and cracks with pitches up to UIAA VI (5.9).

Although nowhere very difficult, this is a serious route due to its length (1200m) and the difficulty of retreat in bad weather. It should only be attempted by a fit and acclimatized party in good conditions.

A fast party can complete the route in a day with a bivouac on the descent (usually down the south-west side into Italy). Most parties will bivouac once on the climb.

The route is sometimes climbed in rock shoes, but an axe and crampons are needed. Take two 50m half ropes. A rack of a set of nuts, a set of cams up to Camalot 2, ten quickdraws and some slings should suffice. There will probably be quite a few pegs in place. 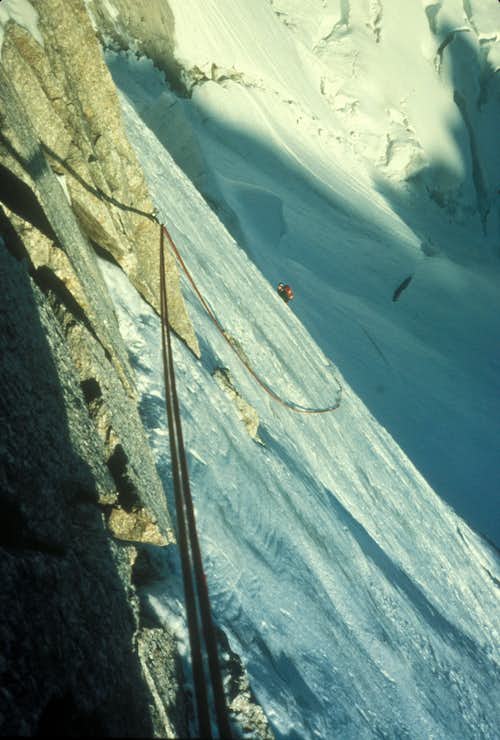 On the lower icefield of the Walker Spur, August 1980.