The West Fork of the Gila River Canyon is one of the most dramatic landscapes in the American Southwest. The canyon is perhaps the most striking feature of New Mexico’s magnificent Gila Wilderness. This is the land of cliff dwellers and Apache Indians, Aldo Leopold, vast wilderness vistas, wild rivers, soaring mountains and bizarre rock formations. 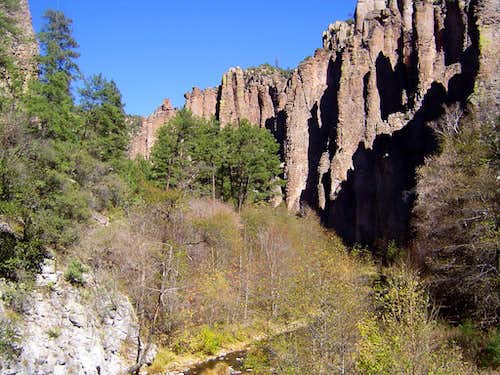 The river meanders beneath volcanic cliffs 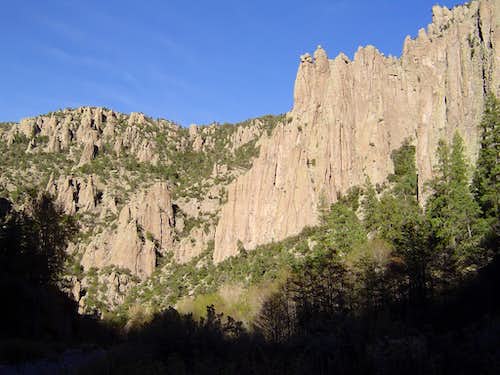 The Gila Wilderness is one of America’s signature western landscapes. Though relatively few have heard of it, it is the birthplace of wilderness protection. After spending time as a forester in the area Aldo Leopold began to recommend the protection of the Gila region as a primitive area, to be left free of development.

This culminated in 1964 with the passage of the Wilderness Act. Today, the Gila Wilderness contains 558,014 acres. It is separated by a single 4x4 road from the 202,16 acre Aldo Leopold Wilderness. Together, this 760,000-acre wilderness complex is one of the greatest and most historic backpacking destinations in America.

The West Fork Canyon is in the heart of the Gila Wilderness. Its headwaters flow off the east side of the Mogollon Range, a series of 10,000-foot peaks that form the western boundary of the Gila Wilderness. It continues for nearly forty miles before reaching the confluence with the Middle Fork at the Gila Cliff Dwellings National Monument. The Middle Fork Canyon is nearly as spectacular as that of the West Fork, although it lacks the abundance of the unique rock formations that are the hallmark of the West Fork Canyon.

In addition to spectacular scenery, the West Fork Canyon also has fascinating historical significance. Ancient cliff dwellings are found in the canyon walls, in addition to the incredible ruins found at the Gila Cliff Dwellings National Monument. Chiricahua Apache used to make this land home. Indeed, Geronimo claimed to have been born at the river's headwaters. The observant backpacker will also notice a grave marking the final resting place of a man murdered by a bandit in the 1880’s.

The canyon walls are composed of a unique volcanic rock that ranges from pink to red in color. The rock manifests itself in columns of various shapes; sometimes appearing as spires while at others it resembles melted wax. The rock is very reminiscent of Pinnacles National Monument in California, which is a well-known climbing destination. It may be that the cliffs of the Gila could provide some outstanding routes in a unique, beautiful and wild location.

The river itself is not large in this portion of the canyon, but it is a perennial stream. It meanders through the canyon, hugging wither side of the walls as it flows. The vegetation is a mix of riparian and conifer forests. The West Fork Trail follows the river for over 30 miles. This is a foot soaker folks! The trail crosses the river 19 times in the first couple of miles alone. Bring sandals!

This map covers the eastern 2/3rds of the canyon, from the Cliff Dwellings to the Hell Hole. This is the most rugged and interesting stretch of canyon. The best hiking, camping, backpacking and potential rock climbing are to be found here. 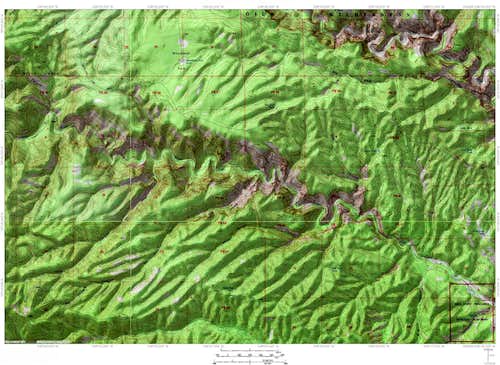 From Silver City, head north on Highway 15, through Pinos Altos to the Gila Cliff Dwellings National Monument. Park at the hiking trailhead by the Cliff Dwellings.

Be sure to stop at the Buckhorn Saloon in Pinos Altos for a great meal in an old, historic, and eclectic dive! 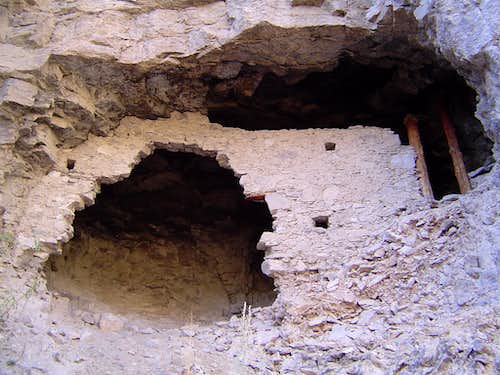 The West Fork Canyon is located in the Gila Wilderness. Wilderness rules and ethics apply. There are numerous opportunities for camping along the West Fork. Camp away from the river in unused locations and practice "leave no trace" camping techniques.

There are several historic sites in the canyon, including cliff dwellings, grave markers and a restored turn of the century cabin at the confluence at the West Fork and Willow Creek. It is illegal to tamper with or remove any historic artifacts from the wilderness.

Camping is dispersed and there are several obvious campsites in the canyon. There is a campground just outside the Gila Cliff Dwellings National Monument.