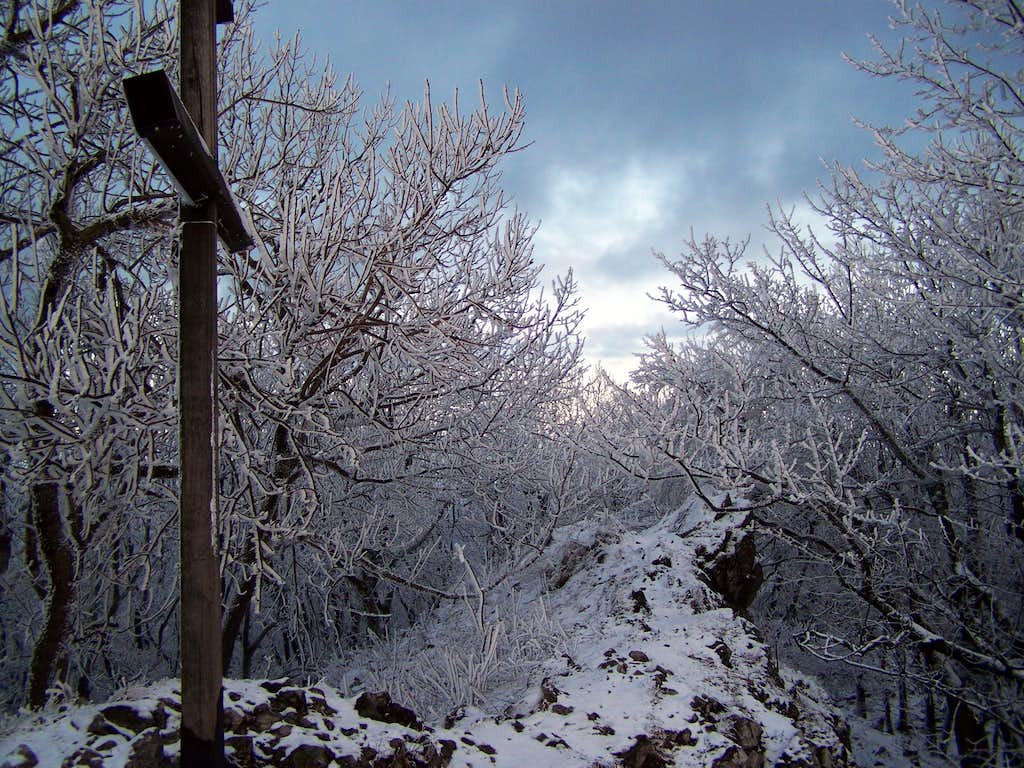 The summit of Malé Karpaty/Kis-Kárpátok. The name of the peak is Záruby/Burián-hegy, and it is 768 m high. Záruby/Burián-hegy is not only the highest point of Malé Karpaty/Kis-Kárpátok, but it is also the highpoint of the historic Pozsony County of Hungary. This county was founded around 1000 a.d., and it existed in its original form until 1920 when almost its whole area was transferred to Czechoslovakia. I took the photo on the 20th January 2011
« PREV NEXT »