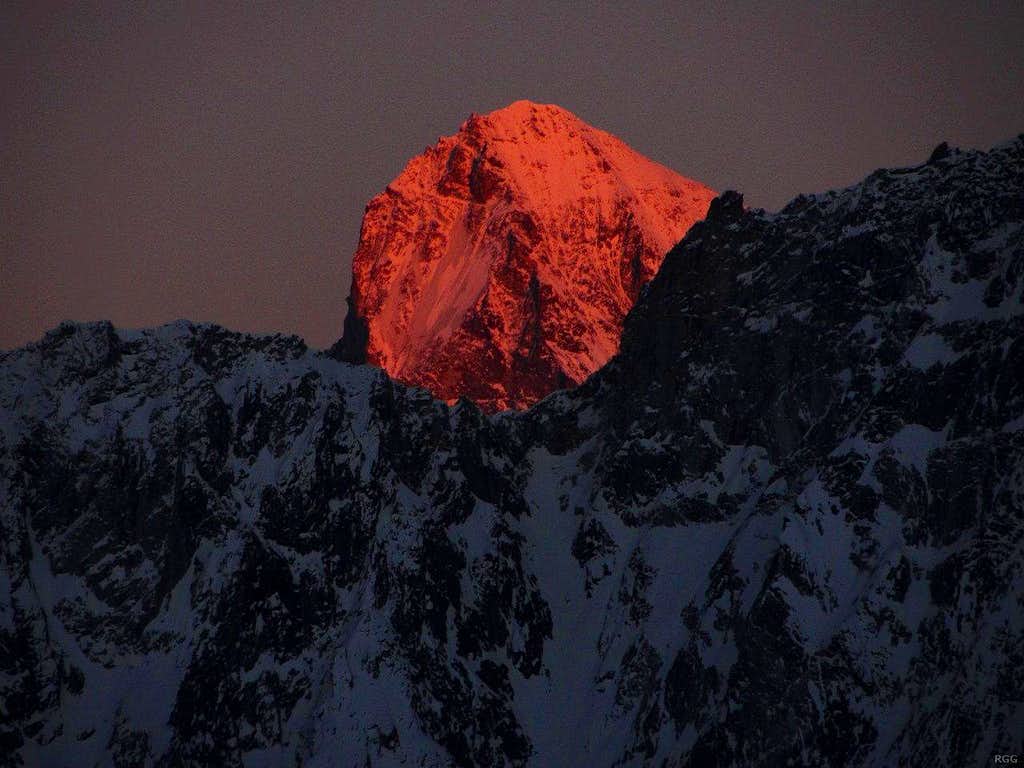 Dent Blanche is about 12 km east of the Cabane des Aiguilles Rouges. That may seem close, but it would take a few days to actually get close. The ridge in the shadow, on the foreground, is a little more than 5 km away. It connects Grande Dent de Veisivi (3418m) to Dent de Perroc (3676m), but both those summits are outside this picture. However, what this picture does not show is the long Arolla valley that lies on this side of the ridge, with an elevation of 1800 m or so at this point. And another deep valley sits on the other side, the Ferpecle valley. In fact, if you would wish to go from here to Dent Blanche it would be much easier to avoid this ridge altogether, descend the Arolla valley to the north, to Les Haudères (around 1450 m) and then turn and go up to Ferpecle. 9 March 2014.
« PREV NEXT »

Thanks Lodewijk. If it wasn't for the hut warden at Cabana des Aiguilles Rouges I would have missed it. Of course he must have seen it often, but he alerted me just in time when the sun went under and I quickly took a whole series of pictures.
Cheers, Rob