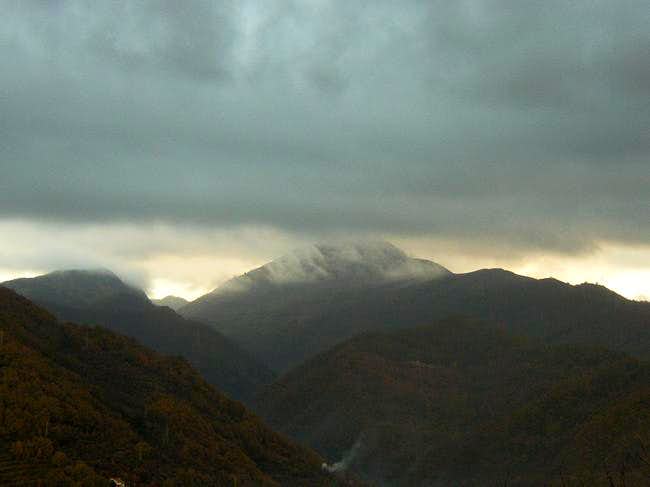 Monte Alpesisa (989 m) is a summit, belonging to the Ligurian Apennine, placed in the hinterland of the city of Genova.
Alpesisa has a flat summit plateau and its form is unique, easily recognizable; at its top one can enjoy the view of both the surrounding mountains and the sea.
The top of the mountain is entirely covered with grass, whereas woods are present at its foot: in particular, at the foot of North Side, near Gola di Sisa (Sisa's gorge) pass, there is a beautiful "Fairy Wood", an old chestnut-wood.
The 27th stage of the "Alta Via dei Monti Liguri" (High Route of Ligurian Mountains), a very long treking route running along all the ridge of ligurian mountains, from Alpi Marittime (west) to North Apennine (east), passes at the foot of Alpesisa, north side.
Some mountains near Alpesisa, are Mount Bano, 1035 mt and Candelozzo, 1036 mt. 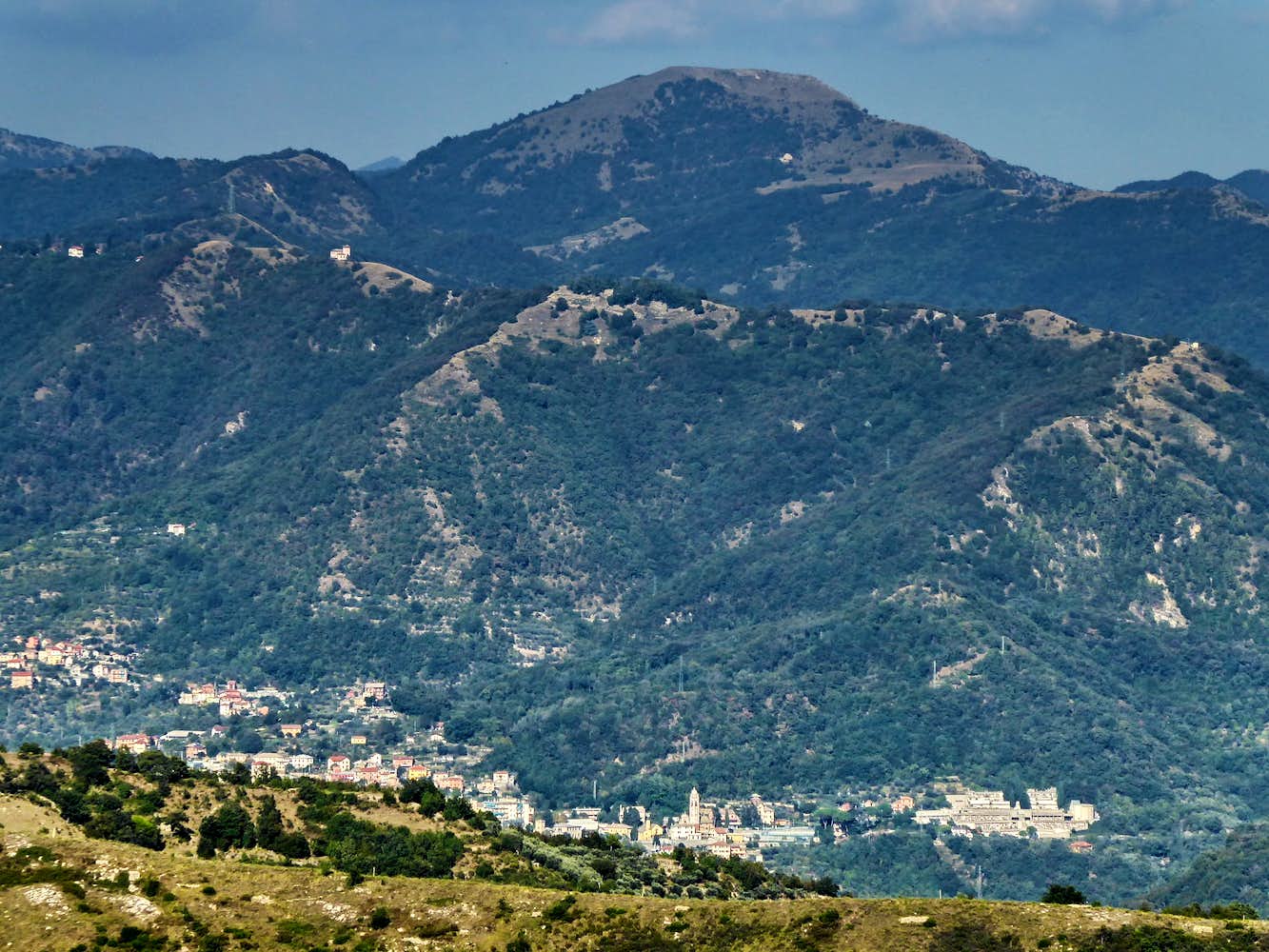 To reach by car the starting point for Alpesisa, exit at Genova Est tollgate and follow the road signs to Molassana and Piacenza along Bisagno valley. 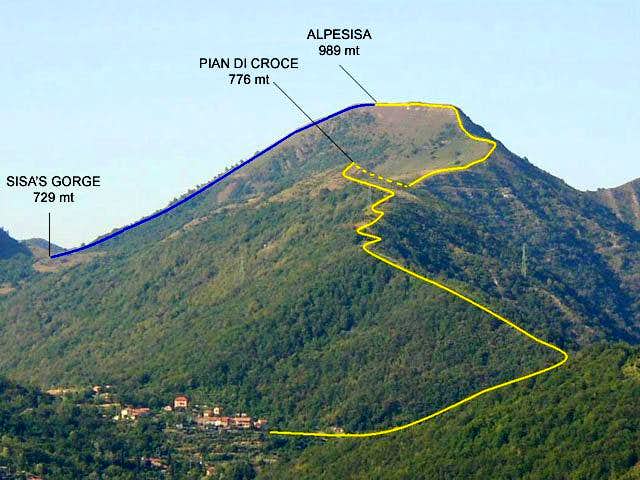 One can also get Gola di Sisa:

Alpesisa is in front of us, eastwards: we are at the starting point of the Alpesisa’s north west ridge ( Blue Line in the photo ).