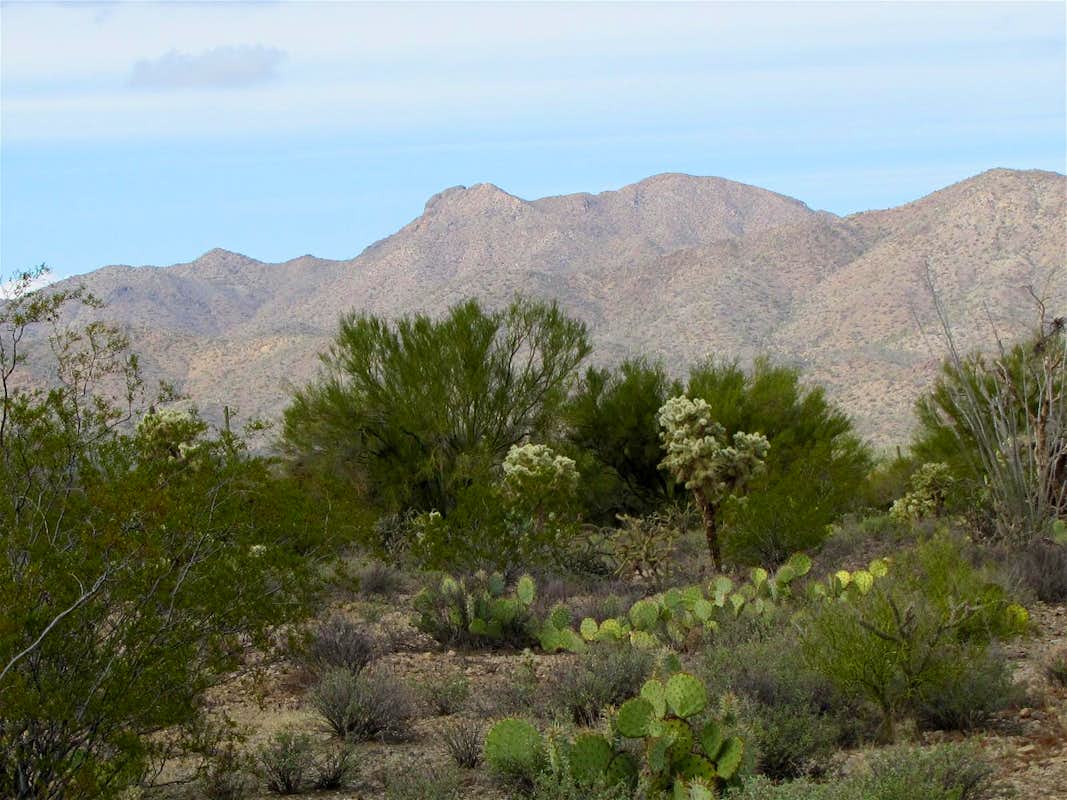 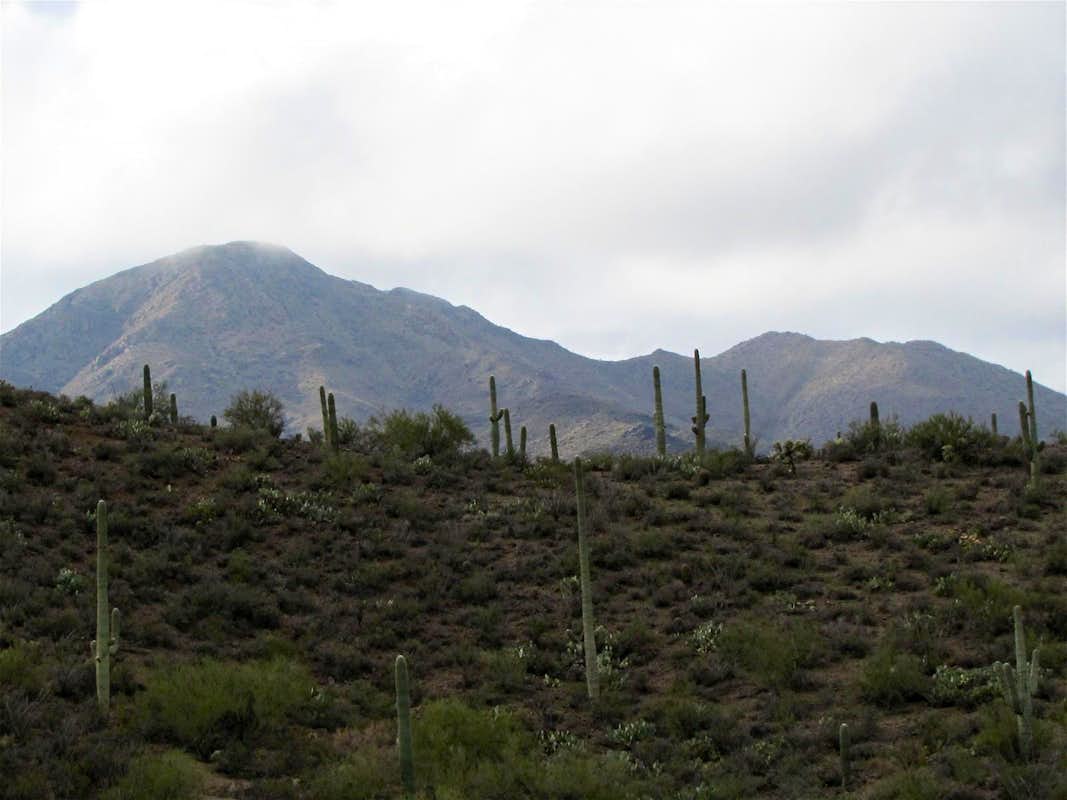 Take Exit 99 on I-19 in Tucson and turn west onto Route 86 (Ajo Highway). Drive 5 miles to the intersection with Kinney Rd. Turn north onto Kinney Rd and drive 8 mile going through Tucson Mountain Park until you see the sign for Arizona-Sonora Desert Museum on the left (west) side of the road. A very short distance after the sign for the museum, you will see a dirt pull-off on the right (east) side of the road. This pull-off is not signed but it is the King Canyon Trailhead

Amole Peak is rarely a destination by itself. It is usually climbed along with Wasson Peak. The loop trail described here can provide access to both peaks.


I saw no identifying signs at King Canyon Trailhead. The rest of the trail, however, was well signed.

At the trailhead, you will note two paths. One follows the bottom of the King Canyon (I followed this path) and the other seems to be an abandoned Jeep road that parallels the canyon. The path at the bottom of the canyon takes you by a dry waterfall. Wasson Peak itself is not seen but the nameless high points to the southwest of it are well visible.


You will soon reach a place called Mam-A-Gah. Sendero-Esperanza Trail joins you from the left (west). Follow the signs and continue straight. The trail leaves the bottom of the King Canyon and begins to go up the slopes toward a 3870 ft saddle.

Retrace your path back to the junction of Hugh-Norris Trail and get on the Hugh Norris Trail. The trail makes a number of switchbacks going down a steep slope toward a 4300 ft saddle with Amole Peak.


Amole Peak and the Hugh-Norris Trail below it will now be in good view.


You can choose any path to reach the top of Amole Peak. I chose to follow the trail to a spot directly below the summit and then go up the slopes (I was very much worried about the possible need for bushwhacking in this thorny environment but the path that I chose did not require any bushwhacking).
Views from the summit of Amole Peak:

Hike back down to Hugh-Norris Trail and continue to follow it downhill. You can look back to see Amole and Wasson Peaks.

You must pay park entrance fee.