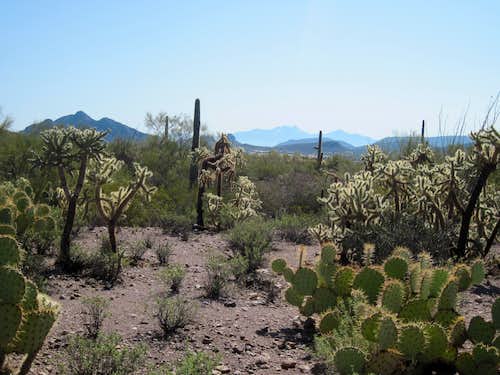 There’s even an unusual “rock” at the summit: A fiberglass “boulder” that houses the Pima County Sherriff’s signal repeater. As odd as it is to reach the summit of a mountain to find a big, fake rock, at least the county had aesthetics in mind when erecting this communication device. After all, a big metal tower would not be as easy for the visitor (or nearby residents) to ignore. 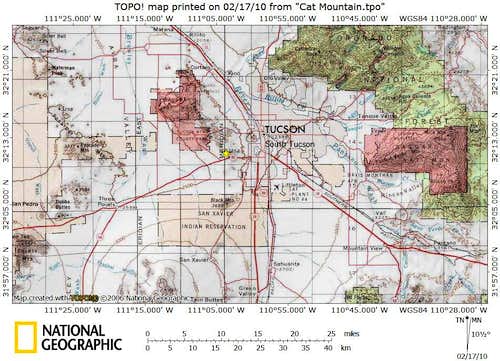 Tucson Mountain Park resides 13 miles to the west of Tucson, Arizona in Pima County. The park can be reached via Gates Pass Road or by taking Ajo Road to Kinney Way.

Not content to simply offer the visitor a day of outdoor adventure, close-to-town Cerro del Gato is within spitting distance of a few other attractions. Along with neighbors such as Golden Gate Mountain and “Little Cat Mountain,” Cat Mountain forms the rugged backdrop of Tucson Studios, where many famous westerns were filmed.

Nearby Cat Mountain Station is named in honor of this noble desert peak and features a restaurant (Coyote Pause) as well as a collection of merchants and artisans. The breathtaking desert scenery of Saguaro National Park (West) is just a stone's throw away. The Arizona-Sonora Desert Museum would also make a fine and educational nearby outing. And then there are the stories of the ghostly horseman haunting Cat Mountain and vicinity…

The Legend of El Tejon 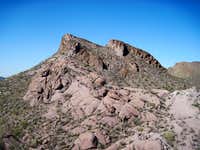 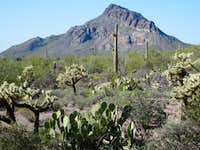 According to local lore, in the late 1880s an outlaw named El Tejon (the Texan) frequented the area near Cat Mountain. His specialty was robbing stagecoaches, then ducking into the Tucson Mountains to hide from authorities. Eventually, the crook was brought to justice and executed for his crimes. After his demise, however, his legend only grew. It is said that El Tejon’s golden stash is hidden in a rock cave on the rugged slopes of Cerro del Gato. Treasure-hunters beware, though: It is said that the one who finds the Texan’s Treasure will also find himself face-to-face with the bandit! The ghost of El Tejon jealously guards his treasure and is said to strike fear into the hearts of any who have wandered across the secret cache. 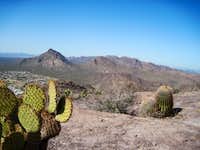 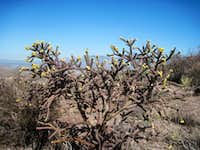 There is no entry fee for Tucson Mountain Park. The park is open daily 7:00 AM to 10:00 PM. Click here for full rules governing use of Pima County Parks.

Do not for any reason tamper with the sheriff's repeater or the fiberglass rock structure at the summit! 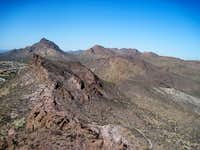 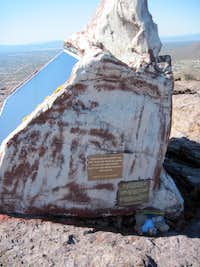 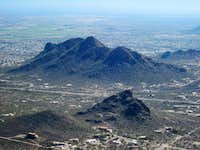 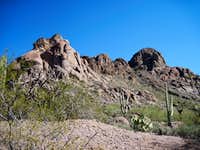 As with most lower elevation hikes in the Tucson area, hiking Cat Mountain would be most comfortable in the fall, winter or spring. March and April are primo wildflower viewing months. 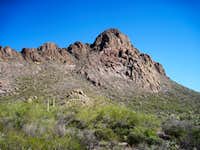 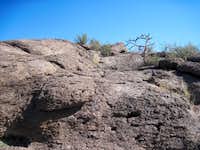