Start hiking west on a good trail toward Ash Creek Spring. Beyond the spring, head up the narrowing wash into the mouth of the canyon. Now the scrambling begins, with plenty of Class 3 stuff and some Class 4. The crux, shown in the third picture below, would be Class 5 to ascend, but there is a bypass to its right (you must exit the canyon floor to find it)-- this bypass is shown in the fourth picture below.

Gear notes: the crux is difficult to rappel (or to belay from) because there are not any good natural anchors there. When I was last there, there was a semi-suitable chockstone, but I did not trust it not to move and let the sling slide over the top of it. On the return, I lowered my son after wedging myself firmly against some rocks, but that really is not advisable. We used the bypass on the ascent, and there is a pretty solid tree above the bypass that one can use as an anchor for a rappel or belay. Note that a 30 m rope is sufficient for this entire route unless one wants to rappel the crux bypass on descent, in which case you would need 50 and maybe even 60 m since the anchor tree is a good 20 yards from the top of the bypass pitch.
Past the crux, the canyon soon reaches a dead-end. Exit right and start heading up drawss and slabs in the direction of the saddle mentioned in the first section. You'll probably see plenty of cairns (there actually are a few decent ways to go from this point), and they can help keep things at Class 3, but if you ever get onto Class 5 rock, go back a bit and find something else; this route never has to get harder than Class 4. 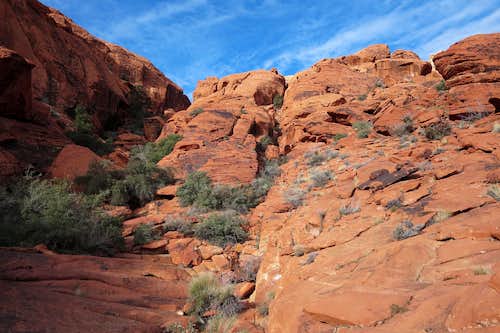 Ash Canyon and the Calico Hills 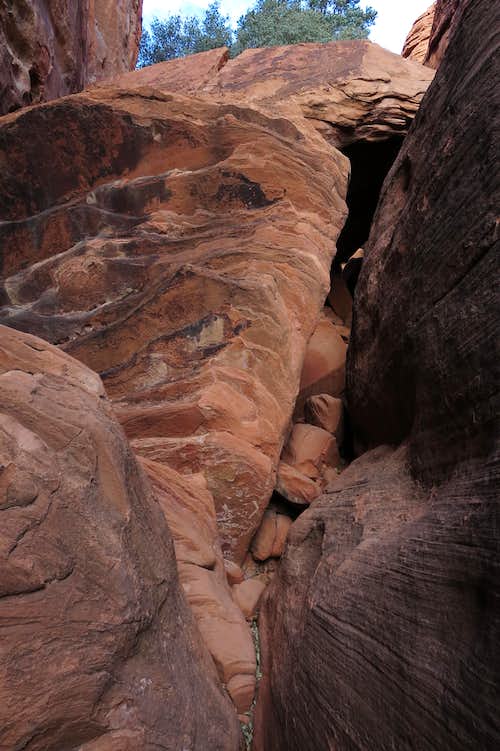 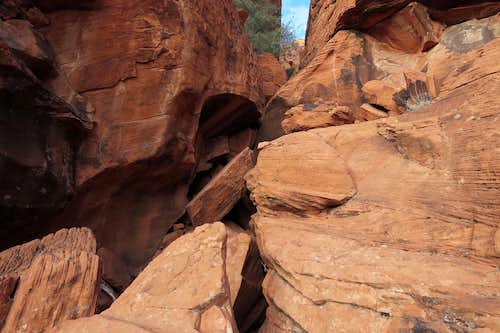 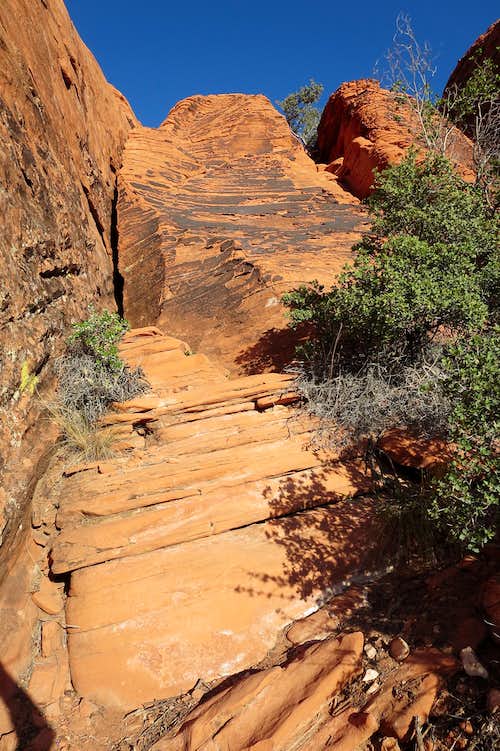 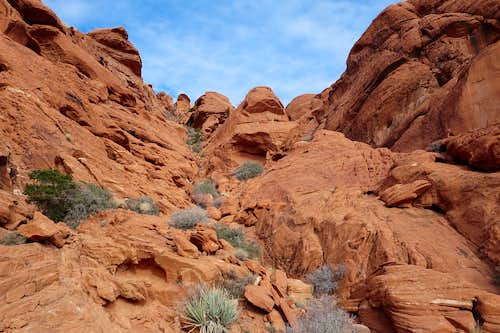 To the Saddle
Are you continuing to Calico Tank Peak? From the saddle overlooking the tinaja called Calico Tank, head east along slopes and ramps until you reach a cliffy overlook of the vicinity. From there, climb up (two Class 3/4 options immediately present themselves) and scramble along the path of least resistance (or harder if you wish) until you reach the summit. Not far below the summit is a much smaller tinaja than the one that is the namesake of the nearby trail.

If you want to get to West Calico Tank Peak, you're going to have to find your own way or use another source, for I used to have a page for the peak but deleted it. Anyway, you can find at least two Class 3/4 options in the vicinity, and it is a very worthwhile destination, better than Calico Tank Peak, in my opinion. 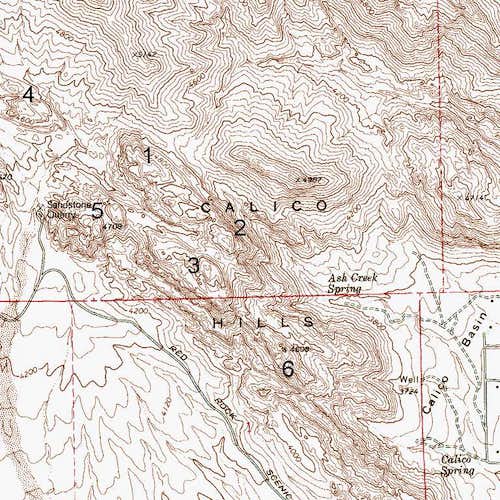 Peaks of the Calico Hills