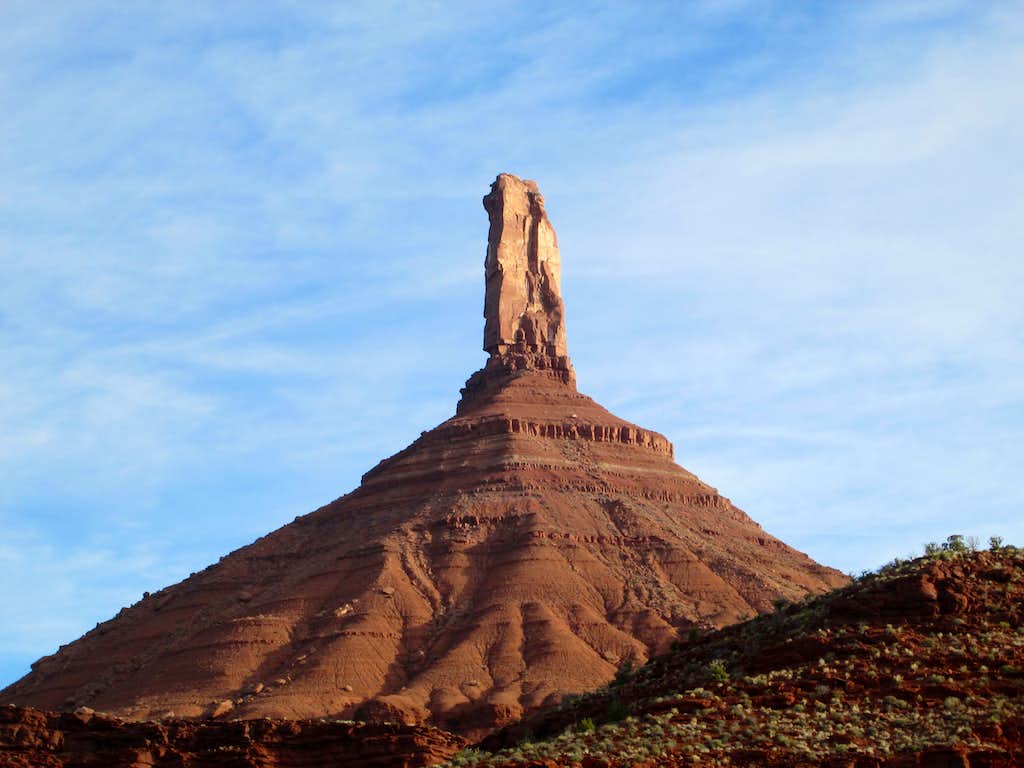 View of castleton tower from the trailhead parking lot. The Kor Ingalls route is visible from here. Me and my buddy made 2 attempts on the north chimney route, starting too late in the day the first time. The second attempt was successful, however we summited in the dark due to heavy traffic on the route. Photographer: Jackson Herring AKA PanamaRed March 12, 2016
« PREV NEXT »