A Road Trip to See Mountains and Snow

Despite not being a skier, I've always loved mountains in the winter time.  Something about snow lends majesty and power to even some of the less awe-inspiring peaks.  And the Eastern Sierra are anything but less awe-inspiring.
Two years ago I moved to the Los-Angeles area, after spending nearly ten years in Chicago.  I am originally from Idaho, however, and I greatly missed the mountains before moving here.  I've been looking for as many excuses as I can to get to the mountains in the face of a demanding job and two very-young children.  Meanwhile, the 2013 winter was disappointing in Southern California, with almost no snow at all until March.  December 2014 was another story.  Although it was still a light-snow winter by Sierra standards by Christmas, the Sierra did get a few feet of snow during the month.  And as someone still new to California,  I was excited to see what the Sierra would look like in the winter.  And so, just after Christmas in 2014,  my wife (who is not interested in mountains or snow) kindly suggested we decided to make a last-minute road trip to Mammoth Lakes.

We did not arrive in Mammoth until almost midnight on December 26.  The next morning, we headed out in the car.  After a quick drive to the ski area, where there wasn't too much photogenic at the time, we made a quick stop to Twin Lakes.  The remaining lakes in the basin were apparently inaccessible for those without skies or snowshoes (like us) due to road closures.  Then, after dropping my wife and baby off at the hotel for the baby's morning nap, I convinced my brother-in-law to drive to see whatever we could in the next hour or two.  We drove to Convict Lake and then McGee Creek Road.  I was impressed:  the mountains were far more spectacular than I imagined.  I didn't realize there were so many good peaks south of Mammoth Lakes, as opposed to west.  Here are some of the photos: 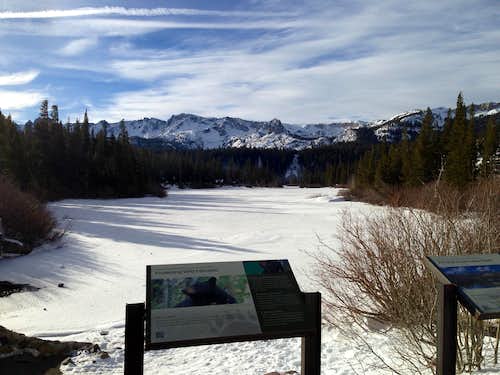 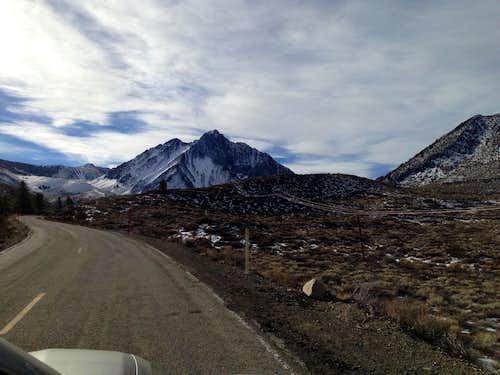 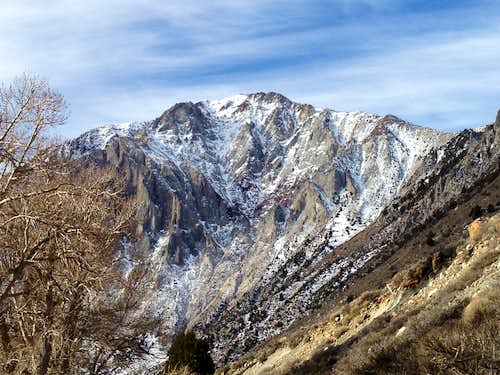 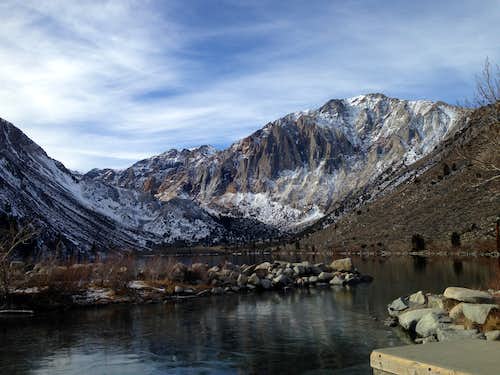 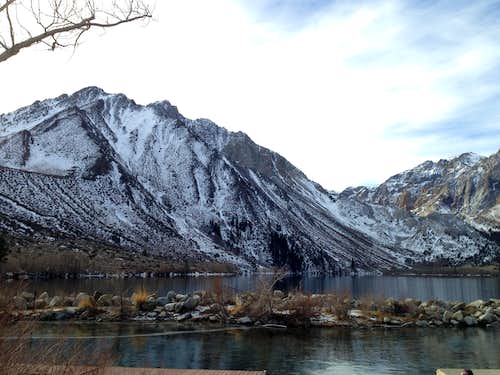 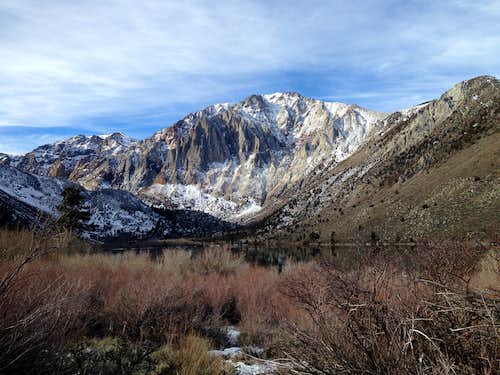 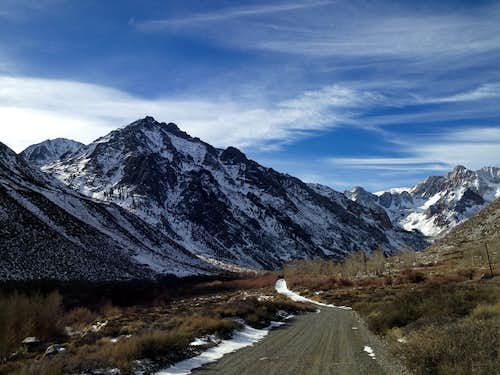 To the Top of Mammoth Mountain

After the baby was sufficiently rested, we drove back to the base of Mammoth Mountain to take the tram to the top.  The views were truly spectacular.  I only wish I were a good enough photographer to capture the beauty.  But here are some of the better ones I managed to take: 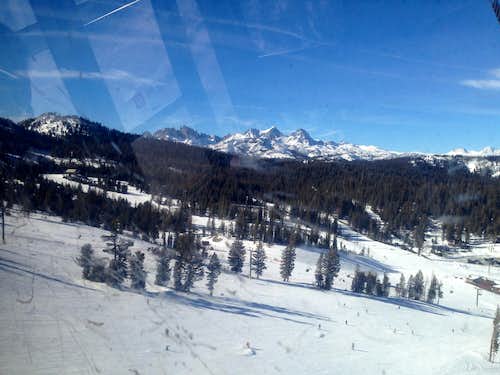 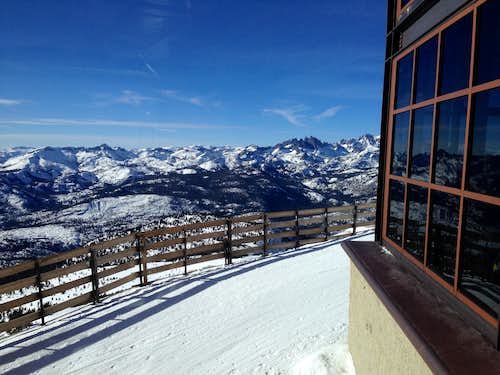 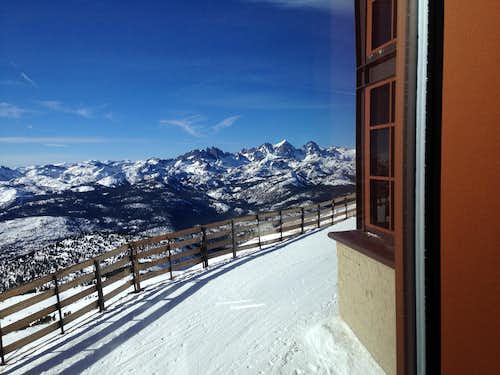 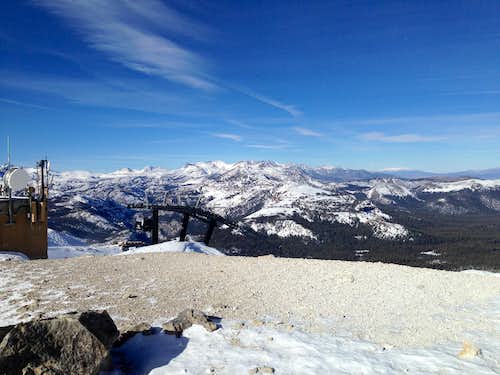 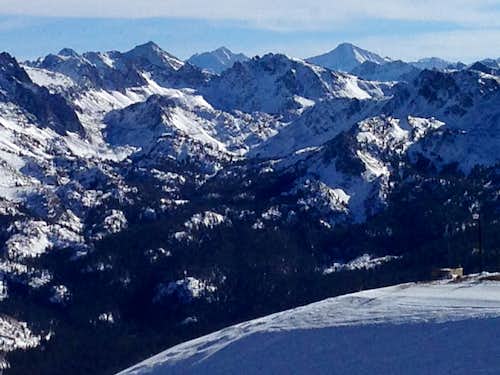 Sierra Nevada in the Winter 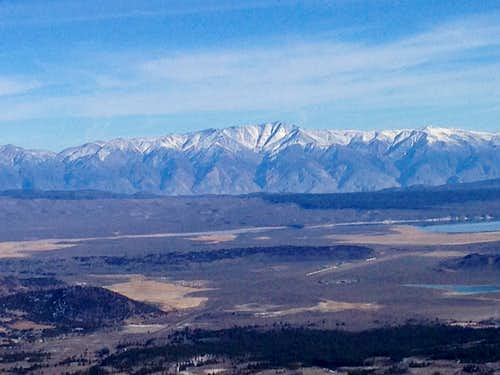 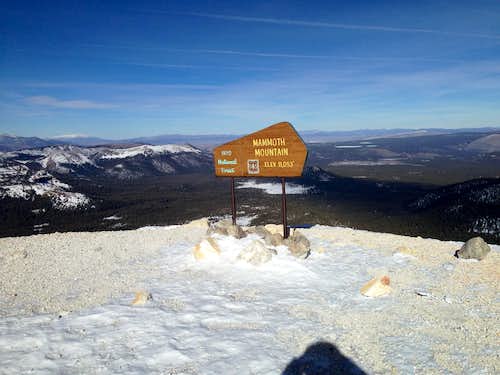 Sadly, the next day we had to drive home.  We made a quick trip to the June Lakes loop road, and I was able to persuade the less-willing members of our group to take a quick drive to Pine Creek Road just before Bishop, and later a sneak peek of Mt. Whitney from the start of the Whitney Portal Road. 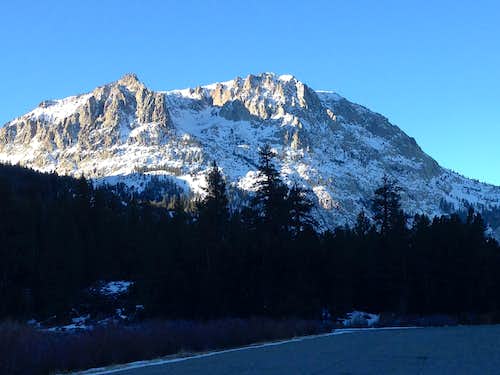 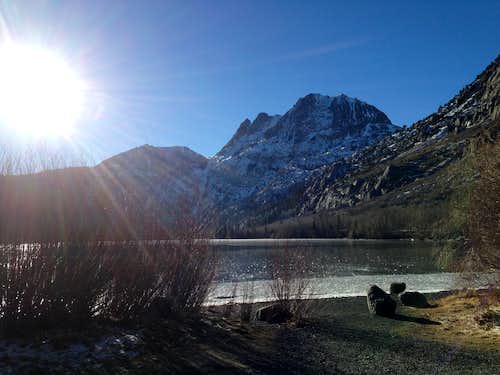 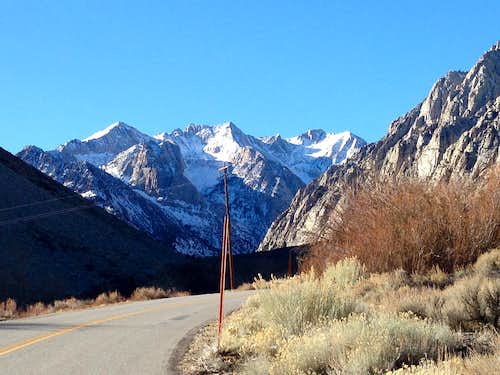 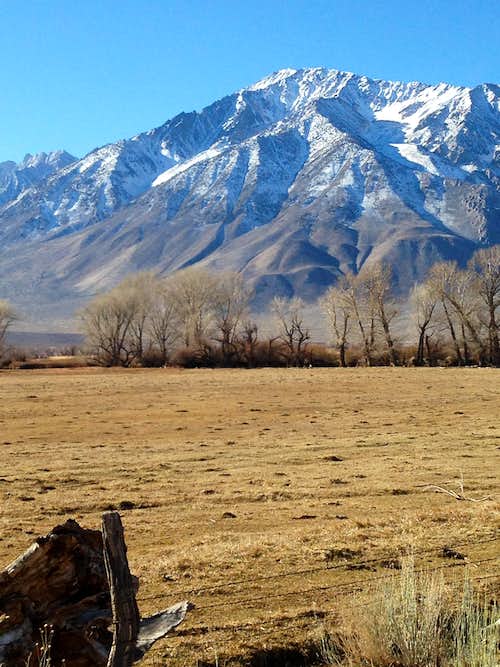 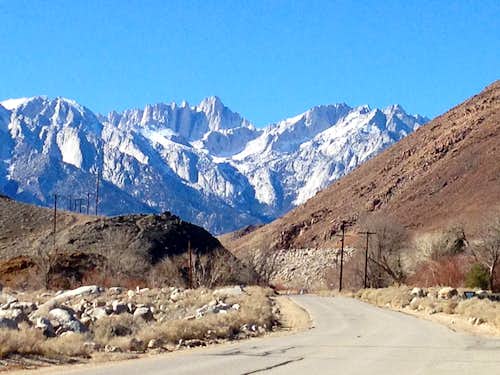