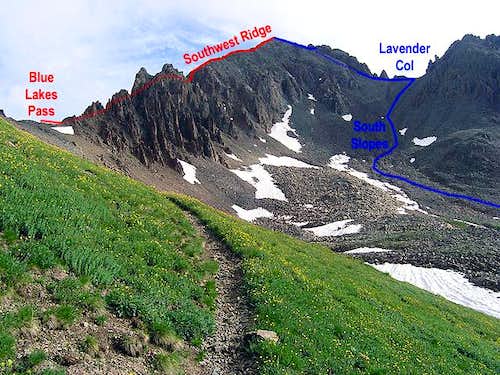 The Lavender Col route also known as "South Slopes" is the standard route for Mount Sneffels. The route was named after Dwight Lavender who made the first partial ascent of the north face in 1931. There are several variations that branch off from the couloir above Lavender Col but this page will describe only the standard route which employs the v-notch, a pivotal section near the top of the couloir. The route begins in Yankee Boy Basin. 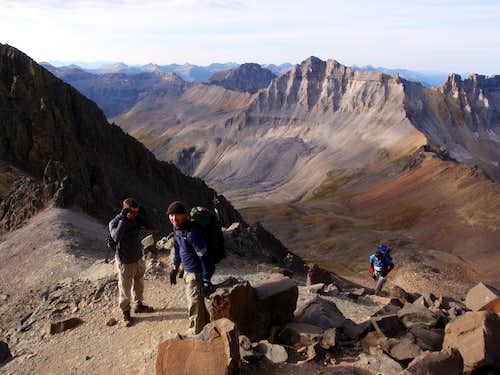 Just south of downtown Ouray on Highway 550, turn right after the first 180-degree turn in the road onto county road 361 (Canyon Creek Road) which is not paved. Keep right at the fork at 4.6 miles and again at 6.9 miles. Low clearance vehicles should not proceed beyond the second fork. It's better to park there where there is plenty of space. The lower parking lot is at 7.7 miles and there is a restroom. Burly high clearance 4-wheel-drive vehicles can proceed to the upper parking lot at the road's end in upper Yankee Boy Basin at 12,480 feet. For most people it's necessary to walk from the lower parking lot. 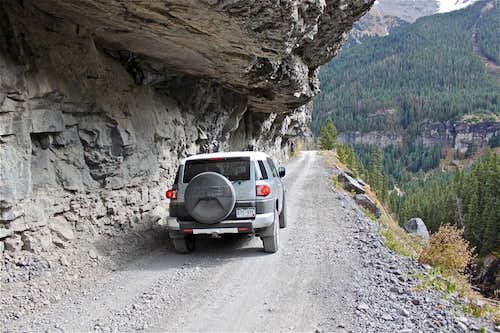 The Cliff Section Of Road

This road has one precipitous section 5.3 miles from Highway 505 which is often photographed. The road passes along the face of a cliff where passage was actually cut into the cliff. A ceiling of rock overhangs the road.

Although this is the easiest route on the mountain, it still involves some easy Class 3 scrambling. There is also some rock fall danger in the col where rocks are generally settled but can be triggered by other climbers above. When entering the col, try to have it to yourself or exercise caution. 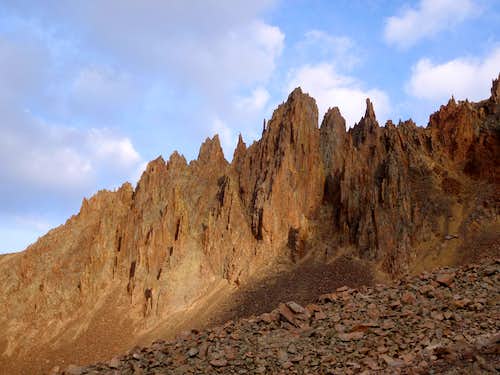 From the upper parking lot, follow the Blue Lakes trail for a quarter mile before coming to the spur trail which leads up to the right. In 2000 there was a sign at the junction. It may or may not still be there. If you find yourself on switchbacks leading to Blue Lakes Pass, then you have gone too far. Instead, turn right (north) before approaching the sharp spires on Sneffels south ridge. 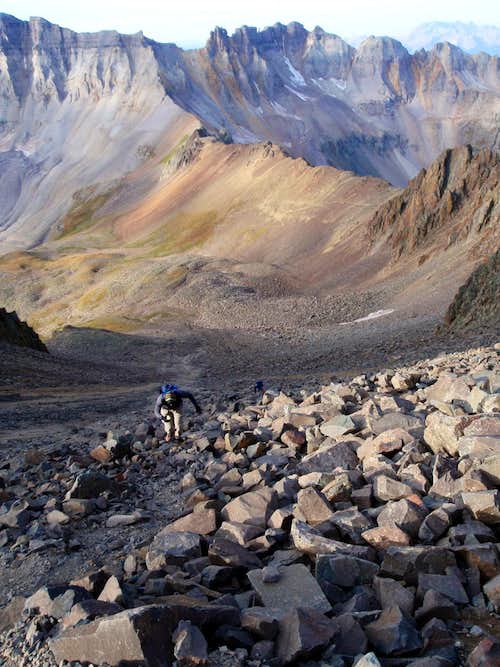 The spur trail leading to Lavender Col provides easy passage through talus until 13,200 feet at which point it disintegrates into braided smaller trails on the rough scree and talus slope. Continue to ascend the remaining 300 feet to the col between Sneffels and Kismet Peak. It's easier to ascend on the larger rocks and descend on the smaller loose rocks. 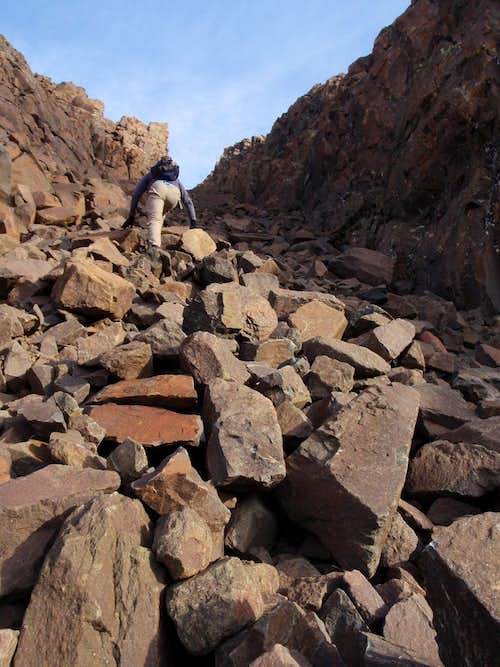 Loose Rock In The Southeast Couloir

The Sneffels / Kismet col is located at 13,550 feet. From there the entrance to the southeast couloir (gully) is finally visible. Here is a view of the entire southeast couloir, seen from Kismet Peak. Ascend this couloir to within 20 feet of the top. Be cautious not to disrupt the large rocks which fill the gully. In early season there may still be snow on the ground here. If in doubt, bring an ice axe. 20 feet below the top of the couloir, stay watchful for the exit on the left. The v-notch at 14,000 feet is impossible to miss if you know what to look for. 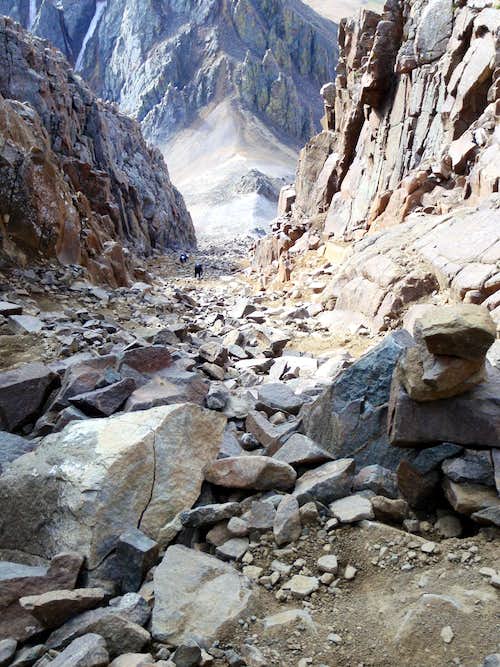 High In The Southeast Couloir

Scrambling through the v-notch is not difficult but there is one move with some exposure on the left side. On the other side of the v-notch, it's wise to turn around and remember what it looks like so you can return the same way. The remaining rock to the summit is firm and stable. Only a few hundred feet of easy Class 2 and 3 scrambling remain. Views of the surrounding San Juan peaks, especially Gilpin leave a lasting impression. It's not hard to understand why so many hikers rave about this peak. 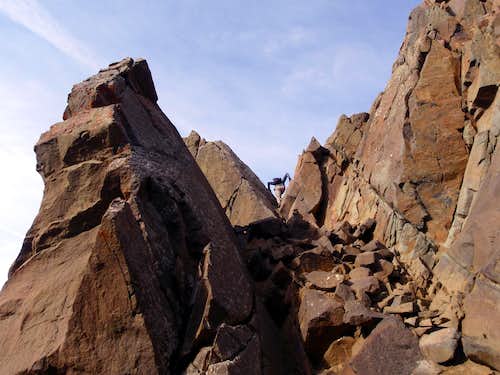 A Climber Passing Through The V-Notch

14ers.com has a good route page in case you would like a second perspective.