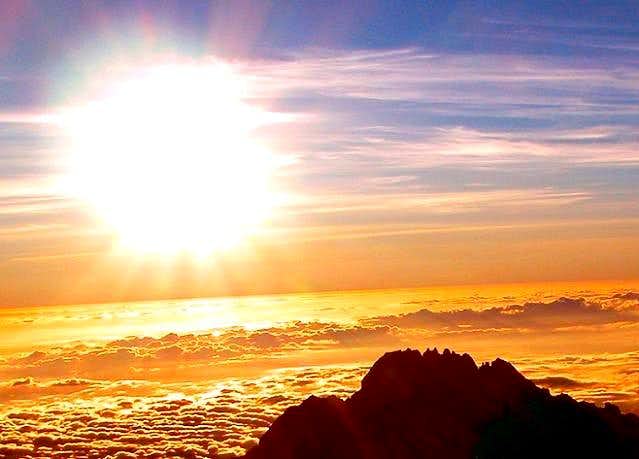 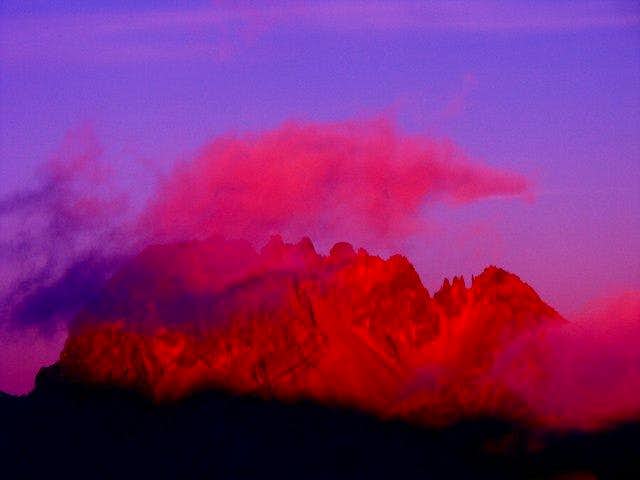 Mawenzi is the third highest peak in Africa after Kilimanjaro and Mount Kenya (50 m taller). Though less then 6 km of nothingless (= the Saddle) separates the twin peaks of Kibo and Mawenzi, these two mountains could not be more different : Mawenzi is steep and spiky and rises to a series of peaks on a north-south ridge. Kibo has gentle slopes and a circular crater.

Loitokitok Route :
From Moshi to Marangu Gate. Then through the Rombo District to Loitikitok and Rongai. Then over First and Second Cave Campside to Mawenzi Tarn Huts or Mawenzi Hut.

Here are some of the answers I got:

* It's a too dangerous mountain (Hmmm).
* The situation has changed (no details about this) and early in 2005 a new policy will be ready.
* "When you come back to Tanzania and want to climb Mawenzi next year, be sure to apply for the permit at least one month in advance".
* "You have to provide us with a complete list of the technical mountaineering gear you'll bring in the application".
* "We have to have a lot of prior notice about your plans, in order to find an experienced and suitable guide for you".

The hardened lava of the Mawenzi is rather shattered. This, combined with steep gradients, makes Mawenzi extremely dangerous to climb.

The highest point is Hans Meyer Peak (5149m), first attained by E Oehler, F Klute, 29 July 1912.
From the Saddle an easy walk leads east to the Mawenzi Hut (4600m), below the west face; water nearby (1h). One km north of hut the north-west corrie is bounded to its north by the Oehler Ridge; north of this lies the Oehler Couloir - route of the first ascensionists. Climb the Oehler Couloir at half height , it is the easiest way to the main summit.

Oehler Couloir by North-West Corrie variation 400m II* 5h.
R E Caukwell, P A Campbell, D Bell, G Low, L Benito, 1951. Start at top left corner of scree in the north-west corrie, in the left-hand of two gullies. Follow this, going left if in doubt, till the ridge is reached. A short scramble gains a small gully which leads into the Oehler Couloir some 60m below an icefall which can be tackled from the right or avoided completely by climbing a gully to the right of it. Above, a col is reached. Hans Meyer Peak is a short distance to the south. In good snow conditions the route is straightforward, otherwise icy rocks may be met. Descent is best done early to avoid melting snow and falling rock.

Camping only on the allowed Camps in the Kilimanjaro Park.

The Kilimanjaro is the result of 3 volcanos : Kibo, Mawenzi and Shira. About 1 million years ago, molten lava burst through the fractured Great Rift Valley. The Shira Cone was the first to expire, followed by the Mawenzi. Erosion then caused the collapse of Mawenzi's entire north-east wall, releasing the waters of a lake formed in the crater down to the valley. Lava pushed into gaps, solidified and remained as harder rock while the softer rock eroded : dykes where formed.