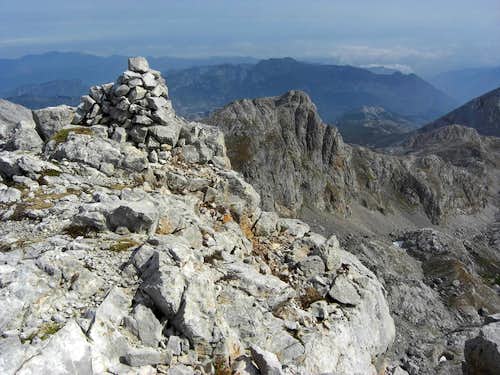 The north ridge to Pico Valdominguero splits up in two different ridges at the northern secondary summit of Valdominguero (point 2214 m of the Adrados map): the main ridge which runs down to Jito Escarandi an a secondary ridge which ends above Caseton de Andara, thus taking a more northeastern direction and embracing the Jou Sin Tierre and the valley east of Cueto Teyau and Pico Boru.

Pico Soriano is the main summit of this secondary ridge, culminating at 2179 m with a prominence of about 50 m to the col between the summit and point 2214 m (northern secondary summit of Pico Valdominguero).

Pico Soriano is bordering the Jou Sin Tierre to the south and the Valle de Andara to the north. There is a near perpendicular rock face down to Valle de Andara whereas the north and west slopes are more gentle talus and scree slopes with some rocks near the summit.

I think that Pico Soriano is rarely visited for its own. As the detour is not very long, Pico Soriano may be part of the possible peak bagging (together with Pico Boru, Cueto Teyau, Picas del Hou Sin Tierre) when going to or coming from Pico Valdominguero. You have good views to the Valle de Andara Mountains and to the north. The views into Jou Lleroso and to the steep east face of Valdominguero are impressive likewise. 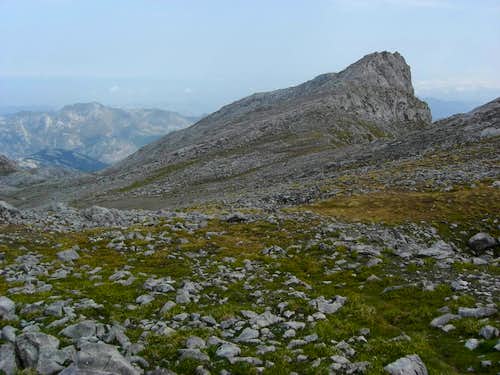 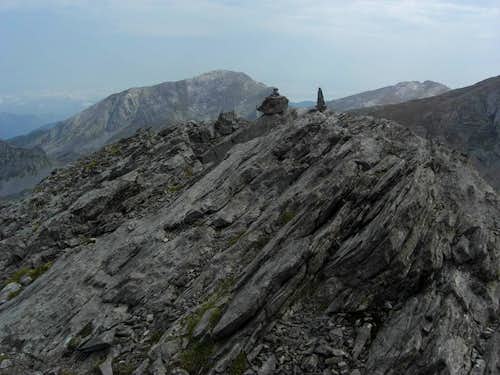 There are two main routes for Pico Soriano:

From Jito Escarandi take the old mine road in the direction of Caseton de Andara. Pass by the ruins of Majada de la Jacuza on your left. When the mine road reaches a level part, called Callejones de Brañaseca on the Adrados map, leave the mine road to your right, cross the level meadow of the Jou and join a trail which starts above the Jou and heads to your left up to a col (point 1549 m on the Adrados map).

At that col there is a rock with blue and green marks and arrows for Sotres and Pico Boru.

There are now two different possibilities, both cairned, both narrow trails, left and right of a subridge (point 2079 m on the Adrados map) below the summits of Cueto Teyau and Picas del Jou Sin Tierre which are now ahead of you. These two trails meet at a little Jou below the Picas del Jou Sin Tierre, from there the trail ascends to a col between the Picas and an unnamed secondary summit east of the col.
South of the col is the Jou Sin Tierre. The cairned trail traverses this Jou and ascends on its south side to a talus field below Pico Soriano, where the trail and the cairns disappear. 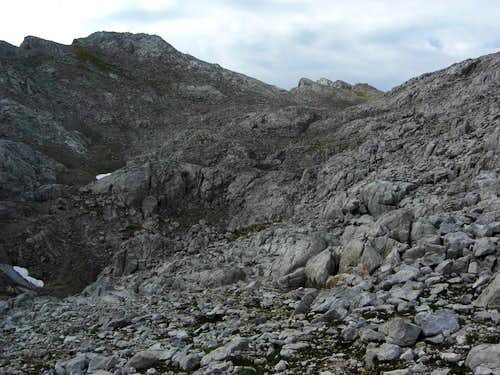 Traverse the talus to your right but keep on ascending until you reach an alpine meadow. Follow this meadow slope up to the ridge crest until you reach the col between Pico Soriano and the northern secondary summit of Pico Valdominguero, 2214 m.

From there follow the south ridge of Pico Soriano with some rock scrambling at the end. You can, too, ascend the steep north slope of Pico Soriano south of the Jou Sin Tierre up to the summit.

From the Caseton follow the old mine road to Collado de la Aldea, use the old mine road straight on to the ex Lago de Andara, now dried out due to the mining activities, and ascend to Collado del Medio between the minor summits of Cuetu de la Ramazosa and Cuetu de la Cueva. Then you enter the valley northeast of Pico Soriano and follow up that valley to a chute, leading up to Jou Sin Tierre.

You can follow the northeast ridge up to Pico Soriano or ascend to the Jou Sin Tierre where you meet the North Ridge Route.

Pico Soriano is part of the Parque National de los Picos de Europa.
The entrance to the national park is free, you need no permits. 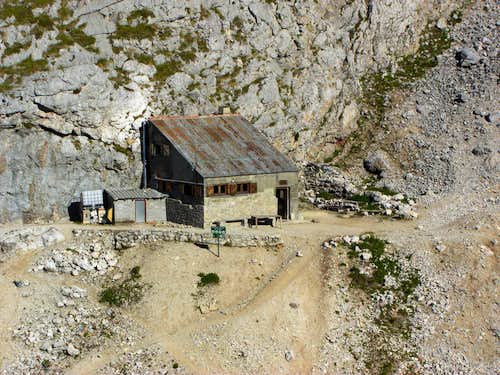 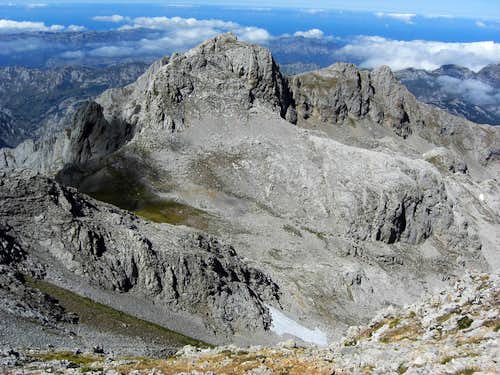 Pico Soriano is mainly a spring, summer and autumn outing.

As the slopes of the north ridge are not too steep ski touring and snow shoeing should be possible.

You need normal hiking gear for a summer and autumn tour on Pico Soriano. Gaiters and hiking poles may be useful in springtime. There is some easy rock scrambling required near the summit. As some parts of the routes are off-trail you need a knack for orientation. 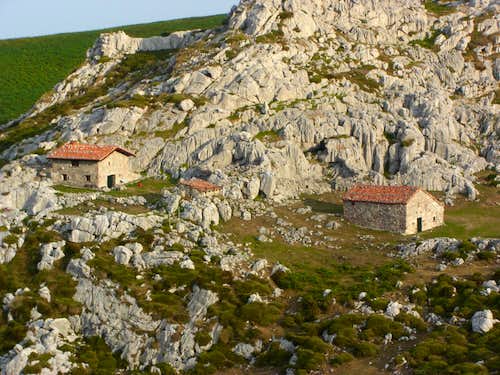 Majada at the trailhead Jito Escarandi