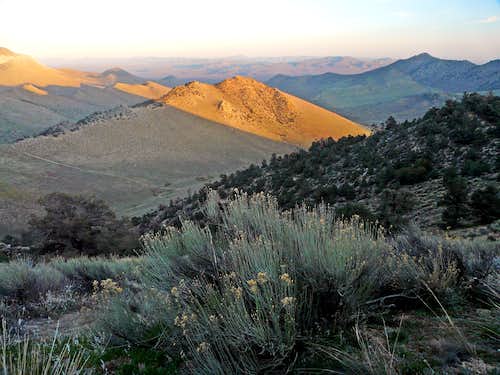 Southeast from the PCT

Walker Pass (5,245') is the southernmost auto pass in the Sierra Nevada. The mountains gradually gain such elevation and formidable ruggedness that there isn't another auto pass that crosses the range until Tioga Pass (9,943') 170 miles to the north. When the higher auto passes to the north are closed for the winter Walker is usually open except during extreme conditions.

I dubbed it that because someone who signed the register proposed the name for whatever reason and it seemed appropriate enough. Maybe it was a marriage proposal!

This is a small lightly forested mountain with class 2 summit rocks. As a matter of fact the PCT climbs within a stone's throw of the summit.

I didn't discover this until the descent since I decided to make a cross country scramble out the ascent and went straight up the slopes to the crest from below the west side of Walker Pass and ridge rambled to the peak. This is a much more interesting way to go and gives you the sense that you actually earned the summit.

There are fine views west towards Lake Isabella and the mountains of the Dome Land Wilderness, north along the crest to Owens Peak and east over Indian Wells Valley on out into the Mojave Desert. To the south rise the Scodie Mountains, the last small subrange before the Sierra tapers off and ends at Tehachapi Pass. 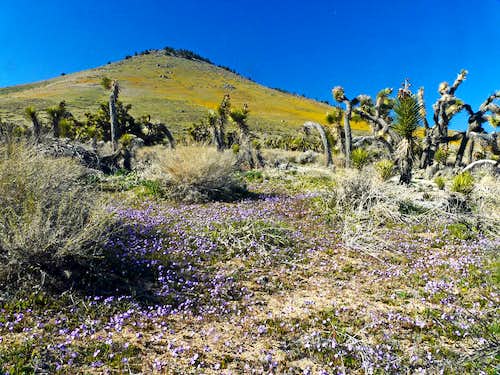 From the west: From The town of Lake Isabella go east on Hwy. 178 35 miles to Walker Pass.
From the east: From Hwy. 14 at Freeman Junction go west on Hwy. 178 7 miles to Walker Pass.
The easiest way in to the peak is to take th PCT north from the pass 1.3 miles around the east side of the crest and up a few switchbacks. This puts you only 500' below and .2 miles from the summit. Leave the PCT and hike west up the east slope.

The more interesting way is to take the slope straight up from the pass and hike north along the crest over peak 6,366' and another .4 miles to the summit. 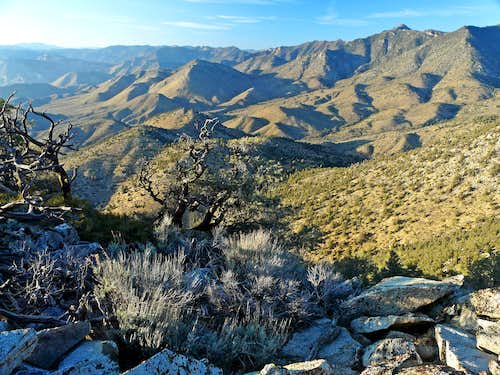 This short day hike is within Bureau of Land Management and requires no permits. 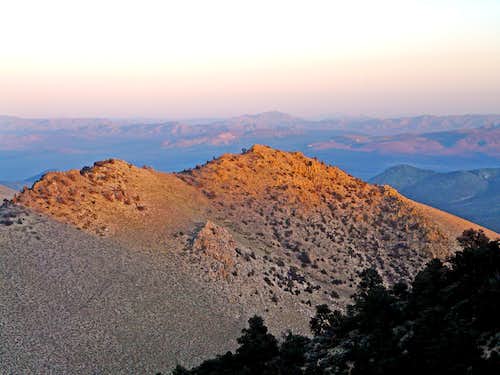 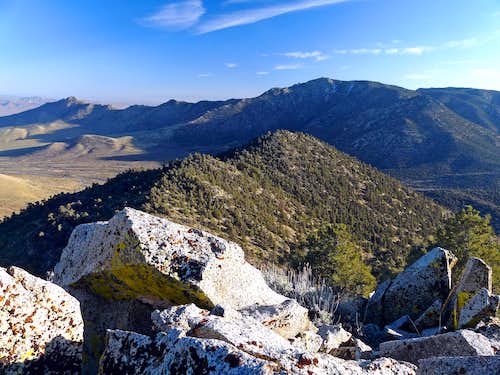 The only campground in the area is Walker Pass Campground 1 mile west of Walker Pass on the south side of Hwy. 178 at 5,000'.