Crag Peak is just north of Kennedy Meadows in the Southern Sierra and is part of the Sequoia National Forest.  From the summit, the 360 degree view includes Olancha Peak, Mt. Langley, Kern Peak, and the Kaweah Group to the north, Smith Mountain and Finger Rock to the west, Owens Peak to the south, and Clover Meadow to the east.

The standard route is from the south via the Pacific Crest Trail beginning at Kennedy Meadows Campground, then leaving the PCT and heading west cross country to the summit.  This route is Class 3 near the summit, but the vast majority of the route is Class 1 & 2.  Other routes to the summit can be found from the west.

In conjunction with a climb of Crag Peak, one could also climb Smith Mountain and other peaks in that vicinity. 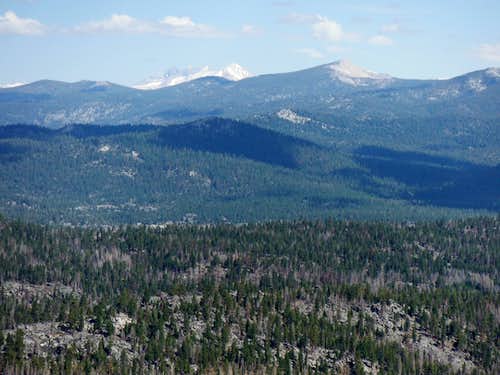 Looking NW to Kern Peak and the Kaweahs. 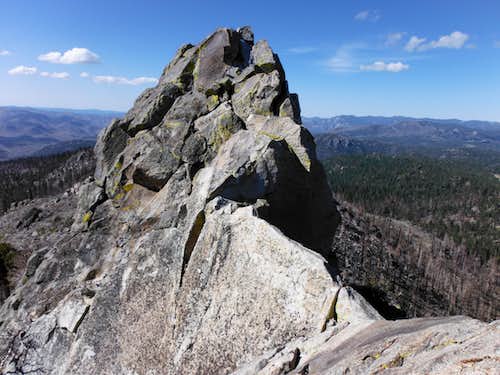 Crag Peak summit block as seen from the north. 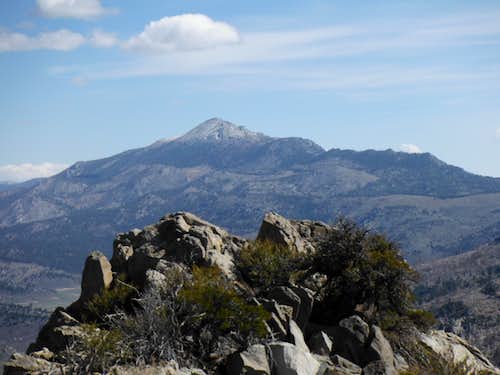 The highest point along the Crag Peak ridge is not the “Crag Peak” labeled on the topographic map.  Rather, it is a point located approximately ¼ mile to the north.

Crag Peak is located in the Sequoia National Forest.  No permits are required to dayhike the peak, however permits to camp overnight in the backcountry are required year round (there are no quotas in the area).

Since the road to the Kennedy Meadows Campground is open year round, the peak can be climbed anytime.  However, climbing the peak without snow is typically done May – October and is when the peak sees the majority of its ascents.

The Kennedy Meadows Campground is the best place to camp before or after a climb of Crag Peak.  There are 38 campsites here and usage is typically light so getting a spot should not be a problem.  This is an active bear area according to signs posted at the campground, however, I did not see any bear boxes for food storage at the campground when I was there.